Canada In the News TrendingApril 8, 2018 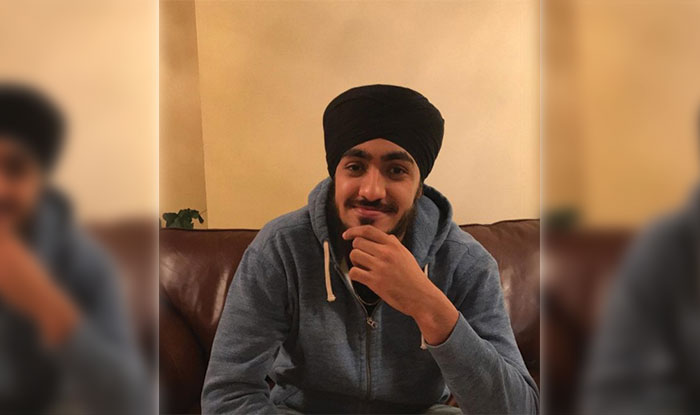 “The departure of life eclipses everything. When a death is good the room is filled with peace and all the pain that went before it is forgotten”.

This is a quote from a show that I love, which captures perfectly the feelings I had last year following the death of my grandfather. He was 92 years old and had lived well every single one of those years. In fact, my aunt served sweets every day leading up to his funeral because it was, in essence, a celebration of a long life well-lived.

I thought of this quote last week as I stood at the candlelight vigil for Paviter Singh Bassi. Standing there amongst his grieving family, friends, schoolmates, and community members, commemorating the too-short life of a young man that I didn’t know, I realized just how brutally apt the first part of that quote was.

Paviter was 21 years old. His name means sacred in Punjabi. So young, so new still, and going by what every single person who spoke at the vigil said, he had an incredibly bright future ahead of him. He had plans – a list of goals to accomplish for 2018 up on his bedroom wall – he had dreams. His death has eclipsed all of that. His death has eclipsed everything for his parents and his older sisters. The devastation of his loss is so visible upon them, it’s like this almost tangible thing. It’s searing.

Monday, March 19th at around 6:00 PM, witnesses say that Paviter was brutally and critically beaten with sticks by several men, three of whom have now been arrested and charged with first-degree murder. He was rushed to a trauma center in Toronto and died the following morning. This happened in front of a high school in a residential neighborhood in my hometown of Brampton, Ontario.

The community is angry. Nothing warrants this kind of horrendous attack. The senselessness of Paviter’s murder has left an almost collective ache and confusion, with everyone trying to come to grips with how and why this happened. However, since Brampton is home to a large South Asian (majority Punjabi) population, and with both the victim and perpetrators being of a Punjabi background, coupled with an incident the week prior in the neighbouring city of Mississauga involving the beating of an autistic man by three Punjabi young men, the Punjabi community in particular is reeling.

What is the cause of this kind of rage?

This isn’t just a Brampton problem, or a South Asian problem to be sure. As recent events across the world – the high school shootings in the United States, the mob lynching in India, or the “whims of armed men” in Iraq – show senseless violence is a global epidemic. But because Paviter’s story is so raw and so close to home, it’s time for some real talk in my community.

The inherent gender inequality that is prevalent in South Asian culture in general, is a huge part of this problem. Despite running contrary to the teachings of gender equality in Sikhism, gender inequality rears its ugly head in several aspects of Punjabi culture. This toxic masculinity and this whole idea of “boys will be boys,” where violence and other aggressive behaviors (abusing drugs and alcohol etc) is seen as the norm, and celebrated in our movies and our music, is a huge part of the problem. The general acceptance of male privilege and the sense of entitlement – that idea that you get whatever you want – that is cultivated in our boys from the very beginning of their lives, is a huge problem. All of this also intersects with the hope that our immigrant parents carry in their hearts as they work the long and hard hours so that their children can thrive.

If this seems too simplistic, it’s probably because it is. I’m struggling to make sense of this tragedy because it doesn’t make sense. It shouldn’t have happened. I don’t want it to ever happen again. This is me trying to start somewhere. I recently read something that sums up quite succinctly what is wrong with our approach and how we can be better as a community,

What I know for sure is that we need to acknowledge these tough truths and come up with a plan together. The quote I used, in the beginning, continues on with the following, “where there was a mystery, there is knowledge, where there was fear, there is love” and again I find it so fitting. We need to remember Paviter Singh Bassi, a young man whose life was too short, and we must embrace this knowledge and go forward with love.