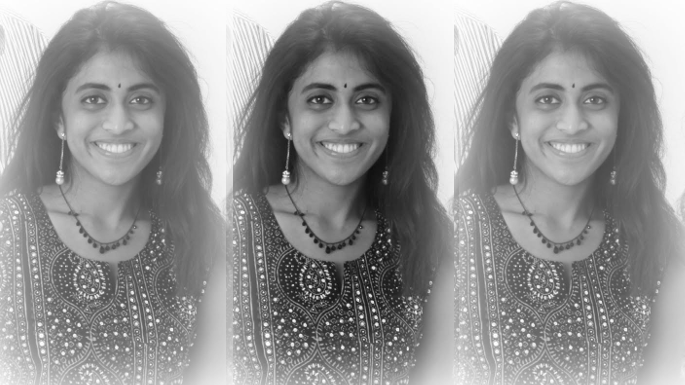 This article is in collaboration and celebration of #ImmigrantHeritageMonth.

Most immigrants have been there—that feeling when you’re playing the name game on the first day of class. Your heart rate would spike as you waited for your turn. And as you waited, you had a fierce internal debate about which name you would go by and how you should pronounce it to appeal to your classmates.

But it wasn’t over after you introduced yourself. Every turn after yours, your heart rate would spike again as you waited longingly to see if your peers could get it right. And much to your chagrin, you’d see them fumbling over your ethnic sounding name, some people earnestly trying, but others just wanting to get it over with.

My full name is Sadhana Sruveera Sathi. It has been spliced many a number of ways and I have more nicknames than I can count. I immigrated to the United States when I was five years old and it was in first grade that I shed a crucial part of my identity, my first name “Sadhana.” I remember my first-grade teacher asking my parents to fill out a few forms before the first day of class and on one particular form was a space for my first name. My parents feared that I would be made fun of in school for my first name because of the first three letters—“S-A-D.” They’ll just tease her and call her “sad” so it’s best that we just tell her teacher to call her Sruveera.” And the sad thing is, they were right. Some kids did tease when by default; my first name would be printed as “Sadhana” on official lists or mispronounced by substitute teachers.

I internalized an inferiority complex with my first name because it was so obviously brown, a complex which still persists to this day, albeit in mere traces.

But Sruveera wasn’t easier to pronounce. I stuck to it because it made for short versions of my name that other people seemed to like and could somewhat work with. By making these concessions and shortening my name, I somehow felt that I could fit in, that I could become more American. It was also during these early years that I internalized an inferiority complex with my first name because it was so obviously , a complex which still persists to this day, albeit in mere traces. Moreover, I blamed my struggles with self-esteem through elementary and middle school on my entire name. For example, no one could remember it and, as a result, I felt like no one could remember me. After all, remembering names is key to making friends.

I believed being American had to come at the price of keeping my full Indian name because it seemed like there was no room to be both. I saw many South Asians around me anglicizing or simplifying their names in order to make it easier for the white American majority; Nikhil turned to “Nik,” Siddharth turned to “Sid,” Meghana turned to “Meg.” Letting go of that part of my identity signaled to me at a young age that there would always be a part of me that wouldn’t be accepted by the rest of the world, that I would always have to conform to its expectations of what it meant to be American.

The Realities of the Name Game

But the harsh reality of the world we live in is that, in the United States, people face judgment to this day because of their names and their perceived connotation—connotations which are solely based on prejudice.

The differences can be seen among black Americans, where preconceived notions about black names played a role in denying employment. Two researchers, Bertrand and Mullainathan note in a paper that a white name obtained as many callbacks as an additional eight years of experience compared to a “black name.” A similar narrative unfolded in the classroom as well. In a study conducted by Duke researchers in 2005, teachers had lower expectations for a child with an “unusual name” like Da’Quan even when compared to their siblings with “less black-sounding” names like Damarcus. Similar studies haven’t been widely conducted among South Asians but it makes one wonder, “What do people think when they see my ethnic name?”

One of the most widespread examples of discrimination based on names is present in racial profiling. Since September 11, 2001, there has been a marked increase in racial profiling at U.S. airports, particularly to passengers with darker skin, “foreign sounding names,” and/or Middle Eastern or South Asian appearance. An Amnesty International report states that racial profiling in the U.S. is pervasive and the law enforcement uses race, religion, country of origin, or ethnic and religious appearance as a proxy for criminal suspicion.

To drive a point home, prolific Bollywood Muslim actor Shah Rukh Khan became the victim of racial profiling after he was singled out by U.S. airport authorities because of his Muslim surname “Khan.” Additionally on April 24, 2009, in a clear violation of protocol, Dr. Abdul Kalam, former Indian President and a Muslim, was frisked by the staff of Continental Airlines.

We see that names combined with the people behind them, in addition to being used to discern American-ness, were also being used to ascertain ability, and even a potential threat to American safety which is extremely problematic. At a smaller level but no less important, unfair treatment based on a name also manifests itself in ways like bullying in school, or having teachers “give up” on trying to pronounce your ethnic name and asking if they could call you by a nickname instead.

However, our current president, Barack Hussein Obama, who may have gone by Barry in college, ultimately chose to go by Barack on the ballot box. This marked a small cultural shift in reclaiming one’s ethnic name. Perhaps it was a calculated political decision, but whatever the reason, he faced a tremendous backlash from the American public even prompting an ongoing saga questioning his “American-ness.” But his election proved to immigrant Americans like me that our names no longer need to be roadblocks to success. In this day and age, an ethnic identity should not be a social or a political liability.

A turning point for me was when people cared enough to start asking me what my name meant, something which happened as my peers and me along with them, matured in both high school and college. This, in turn, caused me to start a dialogue with my parents about my name. It became empowering to tell others once I knew its origins. Accepting my whole name, fully as it comes has done many things for my spirit and identity. Sadhana means devotion and I was named after my rockstar of a grandmother, my namesake. “Veera,” the suffix of Sruveera, means brave and comes from my paternal grandfather, a doctor who still practices in rural India.

With anti-immigrant rhetoric dividing this country, it is imperative that we cultivate an America where immigrants are not just comfortable with their identity, but can be proud of it, both parts of their hyphenated identities. When minority individuals are judged on the basis of their names, or any other thing for that matter, it is because it is easier for someone to be categorized as a stereotype versus actually getting to know them. And in order for diverse identities to be reclaimed as such, we must appreciate the ideology behind unique names and parse out the stigmas and stereotypes about them. We need to stop our implicit and explicit biases and micro-aggressions and give people the basic respect of getting their names right. Bias based on a name is just one issue in a whole reservoir of problems that immigrants face today which make it difficult for an immigrant trying to lead a normal life.

Names can be empowering. In essence, reclaiming my name for myself and what it means to me was a huge step toward building my confidence and a connection to my Indian roots. First, I entreat other young immigrants and children of immigrants to think about what your given name means. Names give not only a sense of identity and culture but also pay homage to your roots. Second, the next time you come across a foreign name, stop, rewind, and think about what immediate conclusions you might have jumped to. We shouldn’t sacrifice the beauty of our names for the sake of someone else’s convenience. 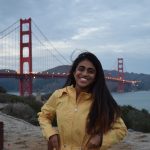 Sruveera is a recent graduate of William & Mary where she majored in Neuroscience and minored in Public Health. Before medical school, she is pursuing a master’s degree from Georgetown and a fellowship through SAALT (South Asian Americans Leading Together) where she will be working with ASHA for Women as a community partner to ensure justice for South Asian victims of domestic violence. With community engagement as a driving force throughout her life, she hopes to one day combine her background in medicine, love of public service, and strong advocacy to enact systemic changes in the healthcare system and beyond.