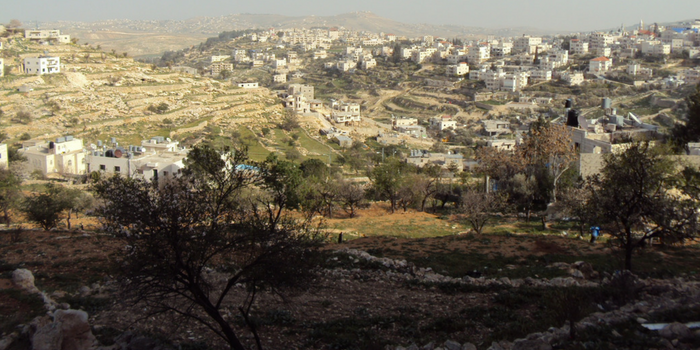 On Monday, May 14, the U.S. celebrated the move of its embassy in Israel to Jerusalem, recognizing the disputed territory as the country’s capital. Meanwhile, the Israeli Defense Forces (IDF) fired at protesters along the Gaza-Israel border, killing over 60 and wounding thousands. The recent outbreak of violence in the region is the latest in a long history of human rights abuses against Palestinians, which includes the armed occupation of Palestinian territories, excessive use of force, the arbitrary arrest of Palestinian children, and the blockade of Gaza.

Protests began along the fence that separates the Gaza strip from Israel in March as part of a campaign called the “March of Return.” The purpose of these protests is to raise awareness surrounding the blockade of Gaza and the status of more than two-thirds of Gaza residents as Palestinian refugees. Monday was also the anniversary of the nakba, or catastrophe, marking the displacement of over 700,000 Palestinians upon the creation of Israel after the 1948 war.

Of the fifteen member states of the UN Security Council, fourteen have condemned the actions of Israel as another example of the IDF employing an excessive use of force against Palestinians, noting that lethal force was not justifiable. The U.S. was the only country on the Security Council to defend Israel’s actions, stating that Israel has a right to protect its borders with live ammunition.

RT @USUN: “I ask my colleagues here in the Security Council, who among us would accept this type of activity on your border? No one would.” pic.twitter.com/gh0ukdqCCp

Regardless of political affiliation, U.S. politicians have traditionally given overwhelming support towards Israel, and are silent on the human rights abuses facing Palestinians. Many historians and political analysts disagree on the reasons for this political silence, potential explanations include the influence of the powerful “Israel Lobby,” the War on Terror, and the rise of anti-Arab and Islamophobic sentiment in America.

Explaining the political silence on Palestine

In 2016, President Obama signed a 10-year deal pledging $38 billion dollars in military aid to Israel, the largest military aid package in U.S. history. Even without this agreement, Israel has been the largest recipient of direct U.S. military and economic aid since World War II, with total aid amounting to well over $140 billion dollars. In 2017 alone the U.S. provided Israel with $3.1 billion in aid. Moreover, the American public has historically been more sympathetic to Israelis than Palestinians. A 2016 Gallup poll showed that 62 percent of Americans sympathized with Israel, while only 15 percent sympathized with Palestine.

In a controversial yet often cited paper, political scientists John Mearsheimer and Stephen M. Walt assert that the primary reason for this long history of support for Israel was rooted in the power of the “Israel Lobby,” the term they used to refer to several powerful pro-Israeli organizations that influence legislation through lobbying and campaign donations. The financial power of pro-Israel special interest groups is widespread across both parties and come from a variety of organizations representing ideological differences regarding a two-state solution and the use of military force against Palestine. When looking at pro-Israel donations to political campaigns from 1989 to the present, Hillary Clinton has received the most, with total donations over $2.4 million. Barack Obama is in third place, receiving $2.2 million in donations, and John McCain in fifth, with $1.5 million. In 2017, the Israel lobby donated over $17 million to politicians, setting a new record and indicating the large influence the Israel lobby has on American politics.

America’s support of Israel can be traced back to the Cold War, where the U.S. viewed Israel as an ideological buffer to the Soviet Union’s communist influence in the Middle East. Now, the U.S. continues to see Israel as an ideological buffer – this time to the rising tide of radical Islam in the region. Since the War on Terror began in 2001, the U.S. has been committed to a foreign intervention aimed at eradicating radical Islam. Hamas, which governs the Gaza region of Palestine, is labeled by both the U.S. and Israel as a terrorist organization. The organization has used suicide bombings and rockets to attack Israel and rejects the legitimacy of the Israeli government. Prior to a revision in 2017, the charter for Hamas called for the destruction of the Israeli state altogether. However, Hamas is not the sole governmental representative of the Palestinian people. The Palestinian Authority governs the West Bank, and the two have repeatedly clashed on ideological differences and have been unable to form a unified government. Nevertheless, the U.S. views Hamas as a direct threat in the War on Terror and sees Israel as an ally in its fight against jihadism in the region.

Some argue that the lack of sympathy towards Palestine can also be attributed to the rise of Islamophobia in the U.S. Hate crime statistics from the FBI have shown that assaults on Muslims in the U.S. have increased since 9/11, with the highest rates of hate crimes in 2001 and 2016. While not all Palestinians are Muslim, opinions regarding Palestine and its people may be clouded by misconceptions, prejudice, and xenophobia towards Islam and Muslims.

However, while there are many explanations for the political silence on Palestine, the cost of this silence is Palestinian lives. While our elected officials remain silent, Palestinians continue to die by Israeli bullets. While our politicians continue to ignore Palestine, hospitals in Gaza will continue to be full and unable to treat the victims. By neglecting Palestinians while voting on legislation to increase aid to Israel, our elected officials are complicit in the humanitarian crisis facing the region.

A Partisan Shift: Political Support for Israel in the Future

U.S. public opinion is still strongly in favor of Israel. However, liberals and Democratic voters are slowly becoming less sympathetic towards the Israeli government. A 2016 Gallup poll showed that about half of Democrats are sympathetic to Israel versus 80 percent of Republicans. A Brookings poll showed that about 50 percent of Democrats believed Israel has too much influence on the American government. There is also a split in sympathy towards Israel by age. According to a 2014 Gallup poll, while only half of people aged 18 to 34 were sympathetic to Israel, 58 percent of people age 35 to 54 and 74 percent of people 55 and older sympathized with Israel.

Additionally, the rise of the Black Lives Matter movement may play a role in the shift in public opinion. The plight of Palestinians has often found sympathy within civil rights movements worldwide. Nelson Mandela famously supported the cause of the Palestinian Liberation Organization, noting that just like the South African struggle against apartheid, “[Palestinians] are fighting for the right of self-determination.” The platform of the Movement for Black Lives itself includes language affirming the rights of Palestinians and calls for a reallocation of U.S. aid to Israel. This solidarity often billed as “From Ferguson to Gaza,” has roots in the pattern of increased militarism and brutality against communities of color.

However, despite the fact that not a single Democratic member of Congress was present at the opening of the U.S. embassy in Jerusalem, very few Democratic politicians have spoken out against this most recent wave of violence in Gaza, or against the U.S. embassy move. The few who have include Sen. Bernie Sanders (D-VT), Rep. Barbara McCollum (D-MN), Rep. Barbara Lee (D-CA), and Rep. Ro Khanna (D-CA).

The United States must play an aggressive role in bringing Israel, the Palestinian Authority, Egypt and the international community together to address Gaza’s humanitarian crisis and stop this escalating violence.

This is horrific. My prayers are with those killed & injured in Gaza.

The U.S. should be laying the groundwork for peace – not fueling conflict in the region with an unnecessary & counterproductive embassy move. https://t.co/tYV4jKYm02

52 Palestinians killed, and Netanyahu describes it as a “glorious day.” Even the staunchest supporters of Israel would be appalled by the moral obtuseness of that statement. He has hurt Israel’s case with American progressives more than any other Israeli leader in history.

Meanwhile, Senate Minority Leader Chuck Schumer (D-NY) commended Trump for the embassy move to Jerusalem. Even President Obama ignored the complicated political and humanitarian issues in Gaza during his presidency.

In the future, we may see the Israel-Palestine conflict become another partisan issue, with Democrats being more vocal on the abuses facing Palestinians. However, given that only a handful of Democratic politicians have condemned Israel’s latest use of violence, and that a leading Democratic official has applauded the move of the U.S. embassy to Jerusalem, it is unlikely we will see a dramatic shift in opinion soon.

The cost of the political silence on Palestine is already too high, and the U.S.’s complicity in the abuses against Palestinians cannot be ignored. With over $140 billion in military aid to Israel, 60 Palestinian civilian deaths in the last few days alone, and over 4.5 million Palestinian refugees since 1948, how long will our elected officials wait to speak on this humanitarian crisis?