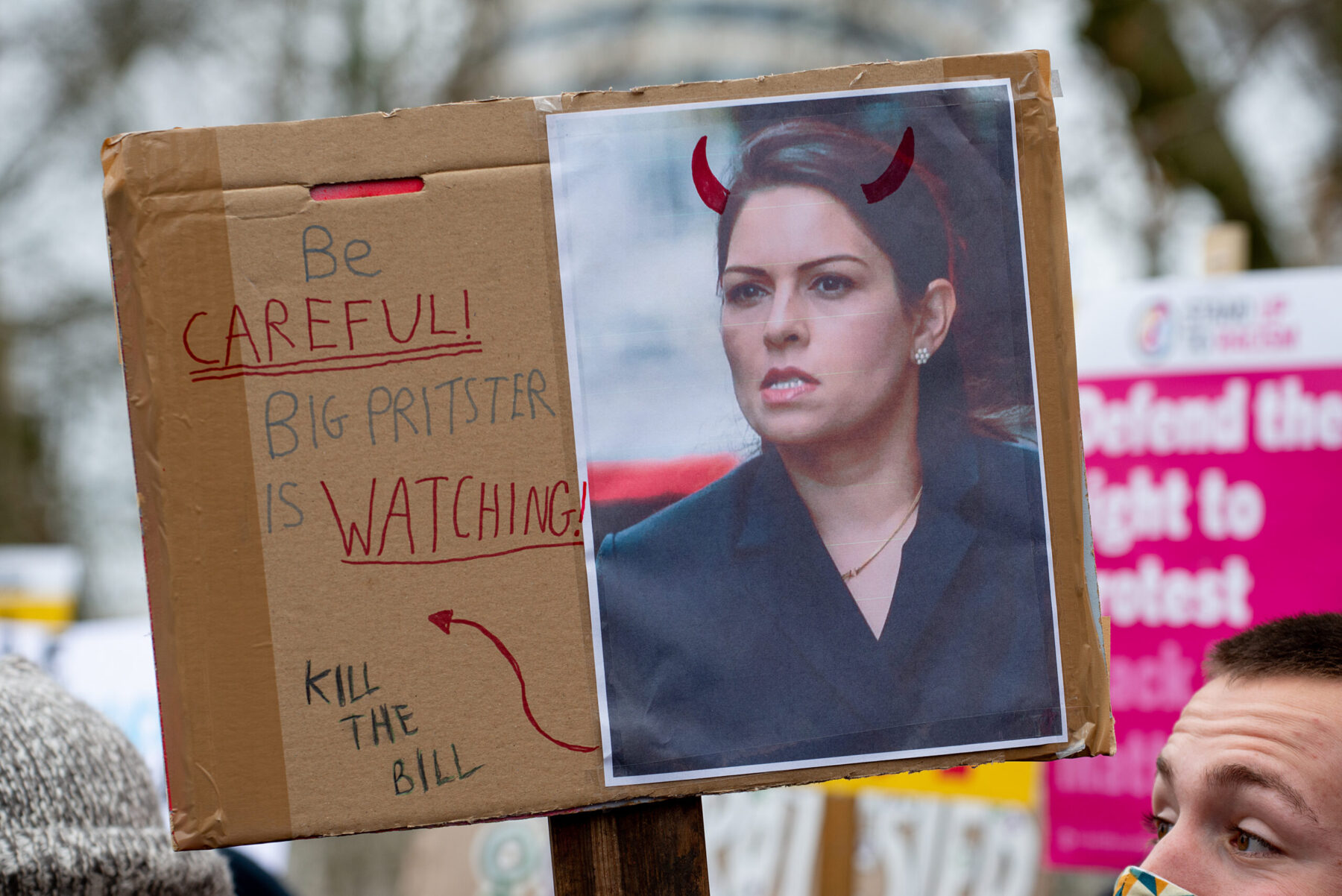 While the U.K. focused on Downing Street staff breaking lockdown rules, a controversial bill, backed by Home Secretary Priti Patel, passed its third and final reading in the House of Commons.

The Nationality and Borders Bill, said to prevent illegal entry into the U.K. and at the same time protect people who are genuinely in need, has caused widespread panic among ethnic minorities because of a specific clause that exempts the government from giving notice ‘if it is not “reasonably practicable” to do so, or in the interests of national security, diplomatic relations or is otherwise in the public interest.’

Clause 9 of the Bill would affect roughly six million people who were born outside of the UK or have dual nationality. With no real definition of what’s ‘in the public interest’, many people are worried.

We’ve seen this happen to Shamima Begum, who left the UK as a teenager for Syria, only to have her British citizenship stripped on the claim that she was a citizen of Bangladesh; a point that has been disputed by the Bangladeshi government. We also saw the way immigration powers played out with the Windrush Generation denied healthcare, jobs and housing and even deported back to the Caribbean where they have no roots or ties.

[Read Related: Shamima Begum is no Exception: How the UK Government Abandons Responsibility for its Citizens]

Priti Patel previously appeared before the Parliament’s Home Affairs and Justice Committee statingthat she felt “uncomfortable” when she joined the Home Office following the Windrush scandal and said,

If I think about Windrush, obviously I walked into a department just as the Lessons Learned Report was due to come out. I have my own views quite frankly. I’m an ethnic minority Home Secretary coming into a department where it didn’t feel that comfortable.

Patel’s hard stance on immigration makes it hard to empathise with her struggles as an ethnic minority. But are her actions potentially a reflection of her own insecurity of being British and taking back the control her own family didn’t have surrounding their move to the UK? Palash Ghosh wrote for the IBTimes,

Priti Patel’s parents fled Uganda in the 1960s, just prior to the decision by the dictator of that East African country, General Idi Amin, to deport all (South) Asians, predominantly Gujarati Indians.

The decision to expel that community came down to a sense of Indophobia apparent from the start of Amin’s rule. The South Asian community that settled in Uganda became an important part of their economy and dominated the commercial sector.

It was always whites at the top, Asians next, and black Ugandans were treated like second-class citizens in their own country.

This could have been behind Amin’s decision to expel the Ugandan Indian community, who’s quoted as saying,

We are determined to make the ordinary Ugandan master of his own destiny, and above all to see that he enjoys the wealth of his country. Our deliberate policy is to transfer the economic control of Uganda into the hands of Ugandans, for the first time in our country’s history.

Is it possible that her family’s experience of expulsion subconsciously informed Patel’s view on immigration in the UK and even her father’s attempt to stand for UKIP in county council elections? In the same way Amin targeted Indians, could it be that Patel’s support of the Nationality and Borders Bill and inclusion of Clause 9 is her way of clawing back some kind of power and sense of stability by being able to determine who is deemed a citizen or not?

Could this be a way to better align with her white male peers, feel accepted among them and bridge that gap between ethnic hierarchies that Rajani described in Uganda? It wouldn’t be uncommon, as Pragya Agarwal, author of “Sway: Unravelling Unconscious Bias”, also talked about the feeling of belonging among peers. In her book she writes,

Fairly often I would hear fellow PhD students talk and disparagingly about other foreign students in the university, and then they would smile at me and say things like ‘of course I wasn’t talking about you’ or ‘You’re not very foreign,’ or ‘You’re almost British.’

Patel has previously said she was the victim of racist abuse herself, being called a “p**i” as a child in the playground.

This kind of experience can lead to a greater need to fit in within western elitism; to adopt mannerisms and beliefs rooted in racism and classism. Furthermore, the need to be accepted by white communities reinforces that hierarchy brought about by colonialism and the notion of aspiring to whiteness.

Idolising that hierarchy drives a huge wedge between Patel and ethnic minority communities who are now unsure what exactly could lead to having their British citizenship taken away, especially with the vague language explaining these instances.

The New Statesman listed reasons for deprivation, which included ‘espionage, terrorism, war crimes, serious and organized crime, and “unacceptable behaviour of the kind mentioned in the then Home Secretary’s statement of 24 August 2005”.’ The last category goes as far to list ‘unacceptable behaviours’ like expressing views that could foster ‘hatred which might lead to inter-community violence in the UK.’

Patel’s tightened the leash so much, that people who attempt to help refugees can now face a jail sentence too. Patel cannot support this Bill and expect sympathy for feeling uncomfortable as an ethnic minority in politics when she consistently supports actions and proposals that further hurts the same communities she wants to liken herself to.

As the Bill currently goes through its second reading in the House of Lords, many will be feeling a sense of instability, like second class citizens who don’t really know whether they belong here  — something Priti Patel has ensured she’ll never feel again.