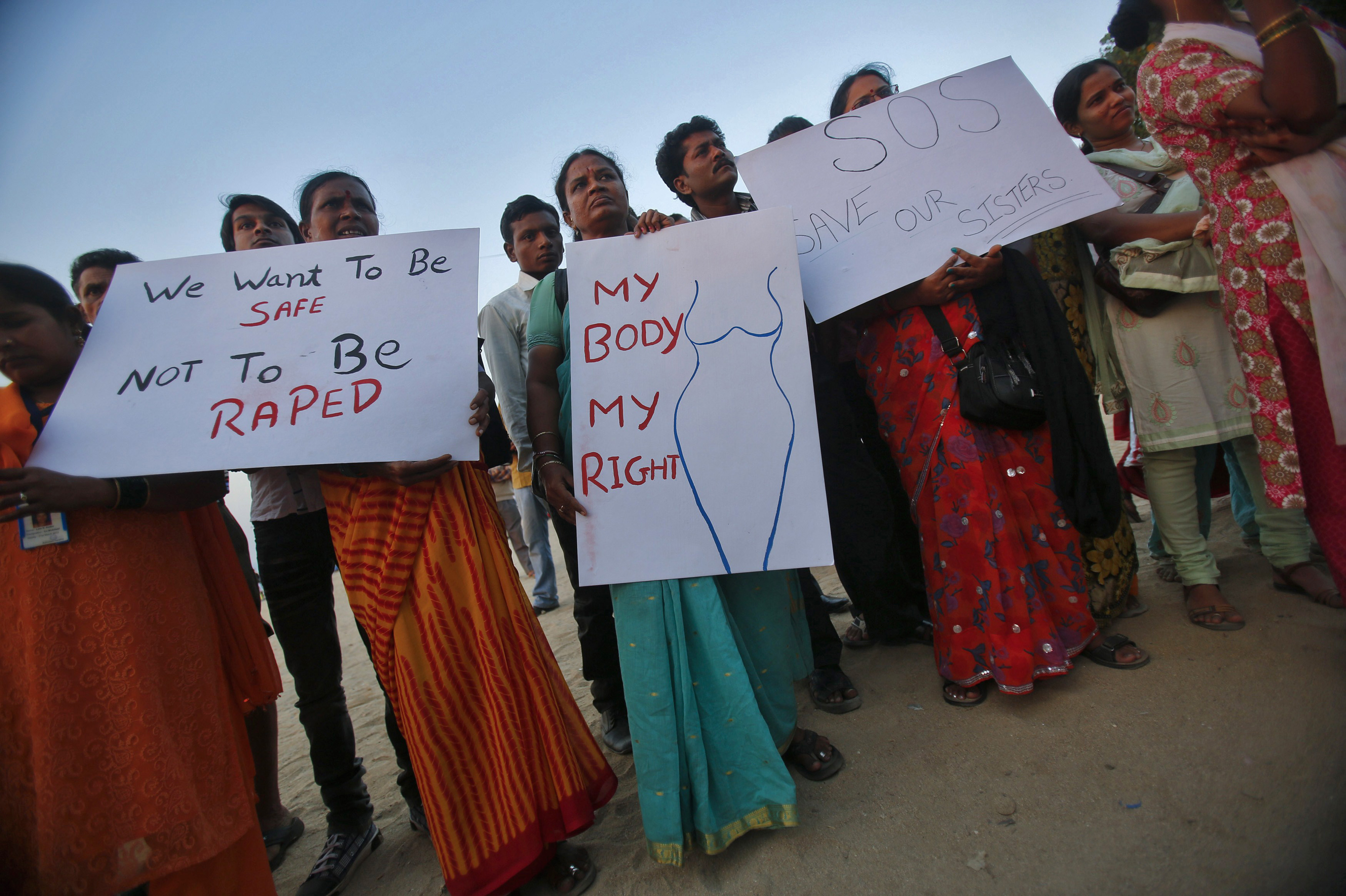 I can no longer watch Indian news. I have tried my best to zone out information about current affairs in India since I graduated a few years back, although it hasn’t gone that well. You might think this sounds strange, but in all honesty, I don’t have the stomach to hear about the brutal and horrifying rapes cases that occur all too often.

I know this sounds like a generalized assumption but, no, it has become a terrible recurring phenomenon. I thought that I did my fair share of reading about these cases in school but I was wrong. It doesn’t matter how much I run away from that information — the reality persists as an undisputed truth. I have the privilege of turning my back but the women living there, they can’t. Something needs to be done.

I remember reading a story that a friend posted on Facebook about a 10-year-old girl who was brutally raped by her step father in Bihar. The young girl was pregnant, traumatized, unaware of her pregnancy and unable to even understand pregnancy. Yet, the medical board was to determine if she would be given an abortion.

As usual, it took some time to mentally process what I read, and then I felt anger. No — outrage. It was bad enough to read about the ongoing rape of a child, then to wait for a decision on whether she would be allowed an abortion — unacceptable. But it got worse.

They needed to wait for a decision because the law was made to protect female fetuses from being aborted. Oh, the irony. In this instance, a law could have been used against a young girl that was meant to protect her entire gender.

My eyes were going to roll out of my skull. Nevertheless, thankfully, the board ruled that they could go ahead with the abortion, although the stepfather still needs to be sentenced. Honestly, this update was a relief but the main issue persists.

A blind eye can’t be turned towards the status of women in India. There is an ongoing rape epidemic and as much as we criticize the west for conveying India in a negative light, we also need to recognize that this issue must be addressed. For a country with so many prominent female politicians, how can the status of women remain subordinate? It is perplexing. No amount of PSA’s or Bollywood’s self-proclaimed feminists can change the gender biased circumstances.

I would argue that the state requires an aggressively targeted campaign that tightens laws, places the police under greater scrutiny for mishandling or ignoring cases, holds officers strictly accountable and aims to change the social status of women through specific reforms such as gender-based quotas, gender aware public education, and monetary initiatives to uplift women. The problem is large and deeply rooted so the solution must be equally complex.

Nevertheless, after the infamous 2012 Delhi Gang Rape case, the Indian government faced an immense amount of international pressure to increase security for women. New laws were passed, and now, the death penalty is imposed on perpetrators of rape attacks that lead to death.

[Read Related: Indian Government States Marital Rape Is Not A Crime, Here Is Why They Are Wrong]

In the 2012 case of Nirbhaya (Jyoti Singh), four of the perpetrators have been sentenced to death, while one walks free. The latter was sentenced to three years in a reform home because he was a minor. But the juvenile is also known to be the one that ripped out the victim’s intestines and one of the most heinous criminals involved in this case. Should anyone like that be allowed to walk free?

I strongly disagree and I think the message regarding women’s status and security remains unclear. Men need to be told that there will be serious consequences to their actions but another recent rape case in Haryana that followed just days after the verdict of the four rapists in Nirbhaya’s case begs otherwise.

For vital progress to occur, the entire male-based societal structure must be changed. For one, it’s time to recognize marital rape as illegal. Until the law distinguishes that a woman’s body belongs to her and only her, you can’t expect much reform. In fact, until the very idea that a woman’s body is not only there for the sexual pleasure of a man is adequately tackled, there will be no reform.

The inexistence of a marital rape law continues to imply that women are meant to sexually please men and their bodies should be or need to be controlled by men. Moreover, women are taught to control their sexuality from when they are born but male sexuality isn’t just encouraged, it is hypersexualized.

Society at large teaches men to act like predators while women are described as their prey. Until, we, as a global society, can tackle this idea, we can expect zero progress worldwide. Feminism completely fails when men are unable to see women as anything more than a sexual object; it doesn’t matter what country, race, or religion they identify with. In the case of India, some very drastic initiatives need to take place.

However, places like Canada and the United States are not exempt, evident through the multiple college rape cases that have received the cold shoulder in both nations. Taking action to combat rape everywhere is imperative. Perhaps, it’s time for a much larger international outcry than Nirbhaya to draw attention to ending the socio-cultural conceptions that continue to condone rape worldwide.