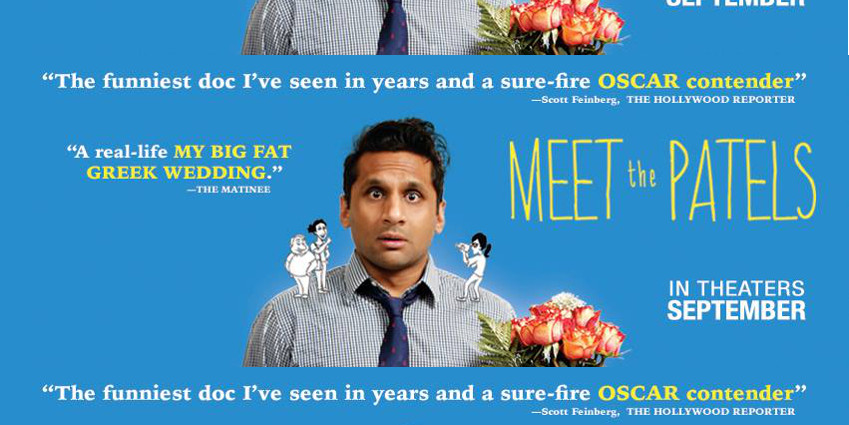 “So are your parents going to arrange your marriage?”

It’s a question that has been posed to every brown kid more times than we could ever dream to count, but how many can actually answer with a simple yes or no?

The answer to this question depends on a host of factors: age, career, location, ethnicity, caste, community— it goes on and on. Perhaps the truest assessment of the question of arranged marriage for first-generation Indian-Americans is that there’s so much to think about that it could fill a feature-length film—which is exactly what siblings Geeta and Ravi Patel delve into with their documentary “Meet the Patels.”

“Meet the Patels” introduces us to daughter Geeta, an unmarried documentary filmmaker, son Ravi, an unmarried actor, parents Champa and Vasant, who have been happily married for the past 35 years. After Ravi breaks up with his girlfriend of two years (who his parents know nothing about), the family goes on a trip to India. Ravi starts to open up to the idea of a modern arranged marriage and Geeta films the family as they share in his journey to find a bride.

As expected, the question of arranged marriage has an intricate and complex answer for Ravi and the rest of his family. The film brings up important points that are universal to modern dating: How important is it to marry someone with a similar background? What’s the distinction between persistence and annoyance? How much or how long do you need to know someone before you know?

Ravi’s parents send and receive bio-data for their son, eventually sending him on a national and international (shout-out to Canada) tour of semi-arranged dates with Gujarati girls from around the country. Despite varying outcomes, Ravi feels his confidence growing with each date. He learns and grows through his arranged-dating experience—just as one does through organic dating.

The documentary also addresses specific struggles felt by many Indian-Americans, such as parents’ difficulty in reconciling Indian values with potentially non-Indian partners for their children. Some of the film’s Indian-American adults describe keeping secrets from their parents and sneaking around to date, which was never allowed in their homes. Most notably, they wonder if this affected their social skills as adults, where they now feel unequipped to date skillfully.

Maybe it’s easier on a documentary filmmaker when you’ve known your subjects for decades, but Geeta captures every essential moment for the audience to understand the dynamics and emotions of the Patel family throughout Ravi’s Indian-American dating adventure. The best scenes are of the four of them (Geeta behind the camera) together, sharing stories and jokes around the kitchen table, a scene so familiar to Indian and non-Indians alike that it feels like spending time with your own family.

It’s fascinating to watch that while the family gets along, the cultural and generational gap is sometimes all but unbridgeable—such as when Vasant tells his daughter that not being married and staying single is “the biggest loser you can be.”

It’s hard to watch, and it hurts beyond a simple empathy for Geeta and Ravi. What the Patels tap into is the dormant fear in most Indian-Americans that we will let our parents down in some capacity: whether it’s marriage, academics, the workplace, or some other fresh horror. No one wants to be the biggest loser in the eyes of their parents, but that incentive and their own work ethic motivates us to work even harder—to study, to make films, to go on dates—so that they and we can be proud of what we created.

If you haven’t seen “Meet the Patels” yet, then you should definitely check it out, I’m sure there are many moments you can relate to. And, if you have seen the film already, please comment below with your own thoughts on the documentary’s topic and handling of arranged marriages/dating in the modern era.