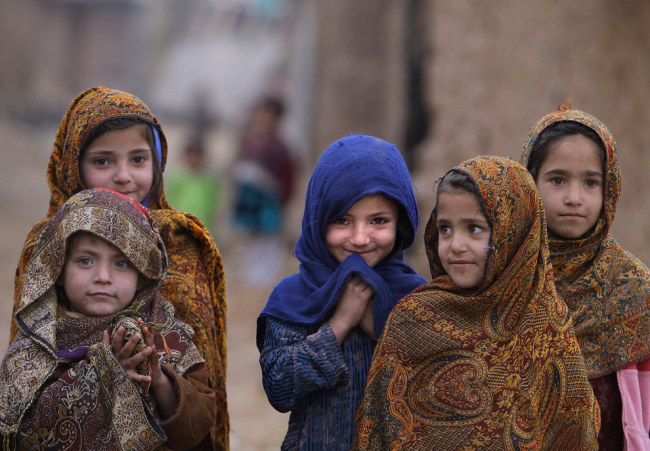 There is a growing trend in female infanticide in Pakistan, and it might be more complicated than you think.

The cases which have made headlines in the past few months include the gang rape of five-year-old twins abandoned on a railway line, a baby girl thrown into a river by her father and an abandoned newborn discovered in a burning garbage dump. The number of Pakistani children killed has risen exponentially over the past five years. What’s even more troubling? The increasing number of deaths amongst infant baby girls.

The rapid urbanization of Pakistan’s largest cities has seen its share of problems, including infanticide. Most of the people who move from villages to cities migrate in search of better economic opportunities. In cities such as Karachi, citizens end up living in densely populated housing establishments, struggling with underpaid jobs and inadequate education resources.  More often than not, they are kept in the dark about effective birth control options. Struggling to jump over the poverty line, they turn to infanticide. According to UNICEF, over 300 newborn baby girls are found abandoned each year in Karachi alone.  This number does not include babies killed in rural areas or those secretly buried away.  As Pakistani cities begin to gentrify and the cost of living rises, female infanticide will continue spreading throughout the country.

But Pakistan is not alone. According to the United Nations, 200 million girls are missing in the world today. The problem of female infanticide is a global problem, spanning a range of cultures, religions and regions. But there is a common denominator under the practice of female infanticide: poverty.

Female infanticide is most prevalent in regions overburdened by persistent poverty and low levels of economic development. This certainly explains Pakistan’s rising female infanticide problem. As Ramzan Chhipa, the founder and leader of the Chhipa Welfare Association (which sets up safe-haven sites for unwanted babies across Karachi and extracts corpses from garbage dumps), explains:

“The [Pakistani] government has failed to provide jobs for a majority of the population, the state of education is abysmal, and law and order in the country is almost nonexistent.”

As a result of increasing economic instability in the country, some poor Pakistani families are foregoing the rising costs of living by abandoning and killing girls.  In Pakistan, males are deemed as catapults to economic prosperity and females are considered a financial liability.  Women and girls are often not permitted to obtain work, and become the “financial responsibility” of their fathers and husbands.  Thus, families are turning to female infanticide to lessen the economic burden.

While Pakistan is grappling with this trend, neighboring countries like China continue to have their own female infanticide problem.

According to the country’s health ministry, Chinese authorities recently broke up a gang that offered illegal services to determine the sex of unborn children, a result of the continuous high demand to abort unwanted baby girls. Also just last month, a court handed down a suspended death sentence for a doctor who sold seven newborns to human traffickers, a case that ignited outrage over the widespread prevalence of trafficking.

Sex-selective abortions and trafficking are no strangers to the country’s long history of female infanticide. China has participated in three decades of stringent family planning, exhibiting a preference for male offspring. An influx of abortions, killings, abandonment of girls and trafficking of both female and male children has ensued, creating a dearth of girls and women throughout the country.

So how can we solve the global practice of female infanticide? India’s “cradle babies” might be a solution. This Indian government project allows parents to give unwanted babies anonymously to the state. The project has been replicated in many countries, as seen through the efforts of organizations like the Edhi Foundation and the Chhipa Welfare Association in Pakistan. While many have praised such projects for their ingenuity and assistance in saving thousands of children, some human rights activists have pointed out that the project perpetuates the abandonment of girls and shifts the responsibility from the parents to the government.

We need something more permanent, a solution that can bridge the gender ratio gap and overcome the barriers of poverty. Government representatives must work towards implementing enforceable laws against female infanticide. They also need to bolster the economy by means of workforce development. Local media outlets must bring the plight of these newborns to light. Police departments must take any and all infanticide cases more seriously than currently done.  And most importantly? We must invest in and support universal girl’s education. Because as the old saying goes: if you educate a boy, you educate an individual. If you educate a girl, you educate an entire community.

The original piece was published to SheRights.com.