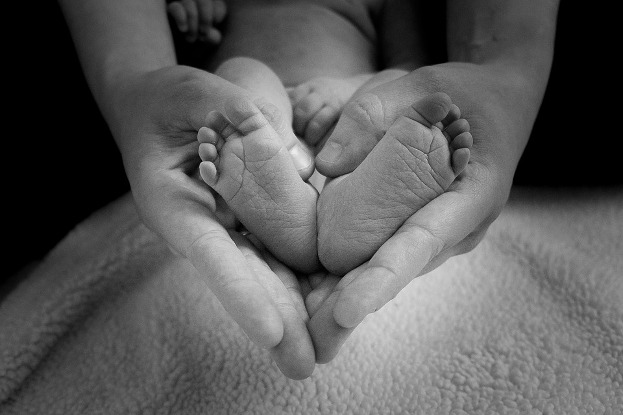 As a previous London City worker married to another city worker, life was always busy — tied up with deadlines, post-work drinks, movie dates and cook-offs to see who between the two of us could make the better meal. Back then, I used to complain I had no time.

Today, if I could turn back the clock and slap some sense into the old me I would — I have never experienced a sense of ‘no time’ like this ever before. Now, if I am able to eat a hot meal or be able to use the bathroom alone, it’s classed as a “good day.” No, I’m not locked up in Guantanamo Bay,  I have two kids! I have been blessed with two boys — one aged ten months and the elder boy is two years old.

Right now I am standing outside my youngest son’s bedroom door waiting for him to fall asleep without me. It’s a taught skill, falling asleep alone. Could you imagine, that if we failed in this task with our eldest son, he could be sleeping with us until he moves in with his wife?

Jokes aside, as much as I love these two as babies, I can’t wait for the nappies and bottles to end. I realized the other day that I’ve sterilized bottles every single day of my life for just over two years. It’s become second nature now, like blinking. It’s the mundane that throws you. You are never really prepared for what’s to come when you have kids. 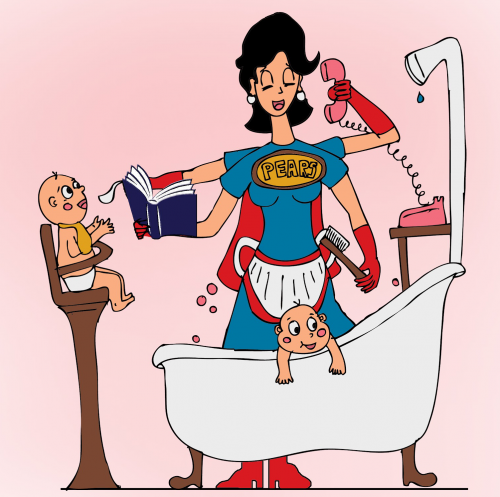 It’s funny, isn’t it? You spend the prime years of your life searching for the “one” with rose-tinted expectations of the perfect wedding, the perfect home, living the perfect life with perfect babies. Yet, when you get out on the other side it is never quite what you envisaged.

When my husband and I discovered I was growing a human in my once-toned belly, we were incredibly excited for the baby fun to begin. We painted the baby’s room in sunshine yellow and bought the expensive buggy that needed a second mortgage to fund it. As we attended antenatal classes, we left each session more and more excited and bewildered about what was to come. We officially started ‘nesting’ and preparing our home for the little one to join us.

When he did finally arrive, I had no idea I had to search for the ‘fun’ amongst the tiredness, explosive nappies and the vomit — especially in the first few weeks when you feel like you’ve been hit by a truck trying to recover from a thirty-six hour labour, and keeping your child fed whilst still learning how to breastfeed. Throw in a load of visitors, dill-infused water that tastes like pond water (an Indian custom forced upon new mums), a whole new postpartum fenugreek flavoured diet into the mix and there you have it — an utter sense of “what on God’s green earth is going on here?!”

Night times were the hardest for me. Being woken by a crying baby every two hours to feed can get pretty lonely — especially when your supportive partner is snoring next to you whilst you stare at him with envy of the sleep he’s getting. He may even be dreaming! Lucky him!

But as soon as I received that first tiny smile, I no longer had to “search” for the fun. The postpartum fog faded and the fun was apparent every day — the giggling, the cooing, the cute little expressions he made. His attempts to crawl, to speak, and to stand is just so magical. He’s a gift that keeps on giving.

Eight months in and we had another peanut growing in my now loose-wobbly tummy. This time I wasn’t so fazed about the newborn stage and what to do next. That truck had already hit me so I knew what to expect… kinda!. I was now more frightened about how I was going to cope with two babies.

The expectation of juggling two toddlers literally felt like it would be a circus act. I assumed there would be meltdown after meltdown — and that’s just me. How would I get dressed? Would I be lucky enough to get dressed? How would I feed them both? Would I go out ever again? Who would I load into the car first? After a hellish six hours of labour, my youngest son was born. He looked identical to his brother and we were in love all over again.

Another love of mine during that time was gas and air, or how most mislabel this as pain relief! I like to describe it as getting high as a kite to divert your attention away from what you’re actually doing there. I still recall the midwife’s iPhone beeping and Siri asking, “what can I do for you?” I screamed back at him like a banshee, “EPIDURAL! EPIDURAL!”

Back to the present day, so here we are with two babies in hand and I’m living the reality of looking after ‘two under two’. The second newborn phase wasn’t nearly as hard as I’d assumed. Yes the tiredness is relentless and ten months on and it hasn’t got any easier.

However, I do get dressed every day and I can feed them both at the same time. I load the toddler into the car first so he can’t escape and yes I do go out — often. At first,  I was accompanied by an adult but now I take them out alone, and guess what, we even have fun! It’s become a new ‘normal’.

The reality of it all is that I am blessed. I have been gifted the love of two beautiful babies. Often I feel so much love I can only hope it is conveyed in my tight squeezy hugs. It’s hard to remember that when you’re in the thick of it, but believe me when I say our house truly became a perfect home when our perfect sons were born.

How Summer Memories From Bangladesh Inspire Me Every Day