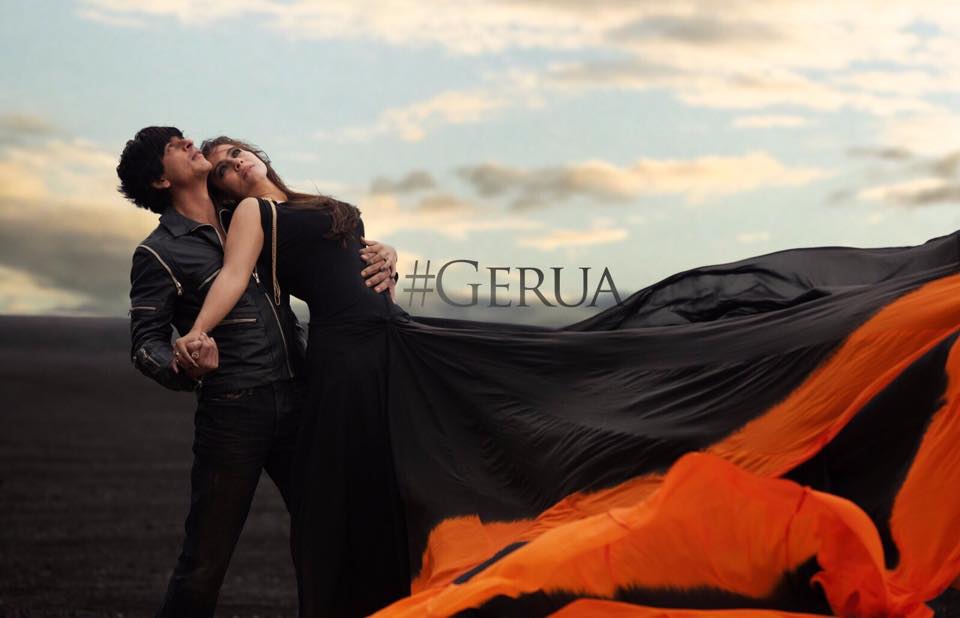 A similar version of this post was originally published to FilterCopy.com.

In typical (and amazing) Bollywood fashion, “Gerua,” the most-talked-about song from “Dilwale” has us wide-eyed and salivating.  While much of it is for my favorite silver fox Shah Rukh Khan (looks great for 50!), the rest is for the amazing filming locations.

The stunning backdrops from the song “Gerua” seem almost too perfect to be real.  But, guess what?  They are! And I have been fortunate enough to travel to each site, and I can assure you that, although there was definitely some serious cinematography involved, the song locations are very much as beautiful in real life as they are in “reel” life.  If, after seeing “Gerua” your next goal in life is to recreate the song with your boo (naturally, who wouldn’t want to do this?), then you are in the right place.

Let’s take a walk through the key scenes, so you can follow in the footsteps of the best on-screen couple ever, in life, ever.

The song opens in one of my favorite countries— Iceland.  At the 25 second marker, you see Shah Rukh emerge from the earth (like the handsome beast that he is) on the black sand beaches of Vik.  The seaside village of Vik is about 2 hours from Iceland’s capital city Reykjavik.  It is best known for its basalt black columns that rise from the Atlantic.  You can see these columns behind SRK in the opening scenes of the song.  The black “sand” here is a result of millions of years of volcanic activity in Iceland. 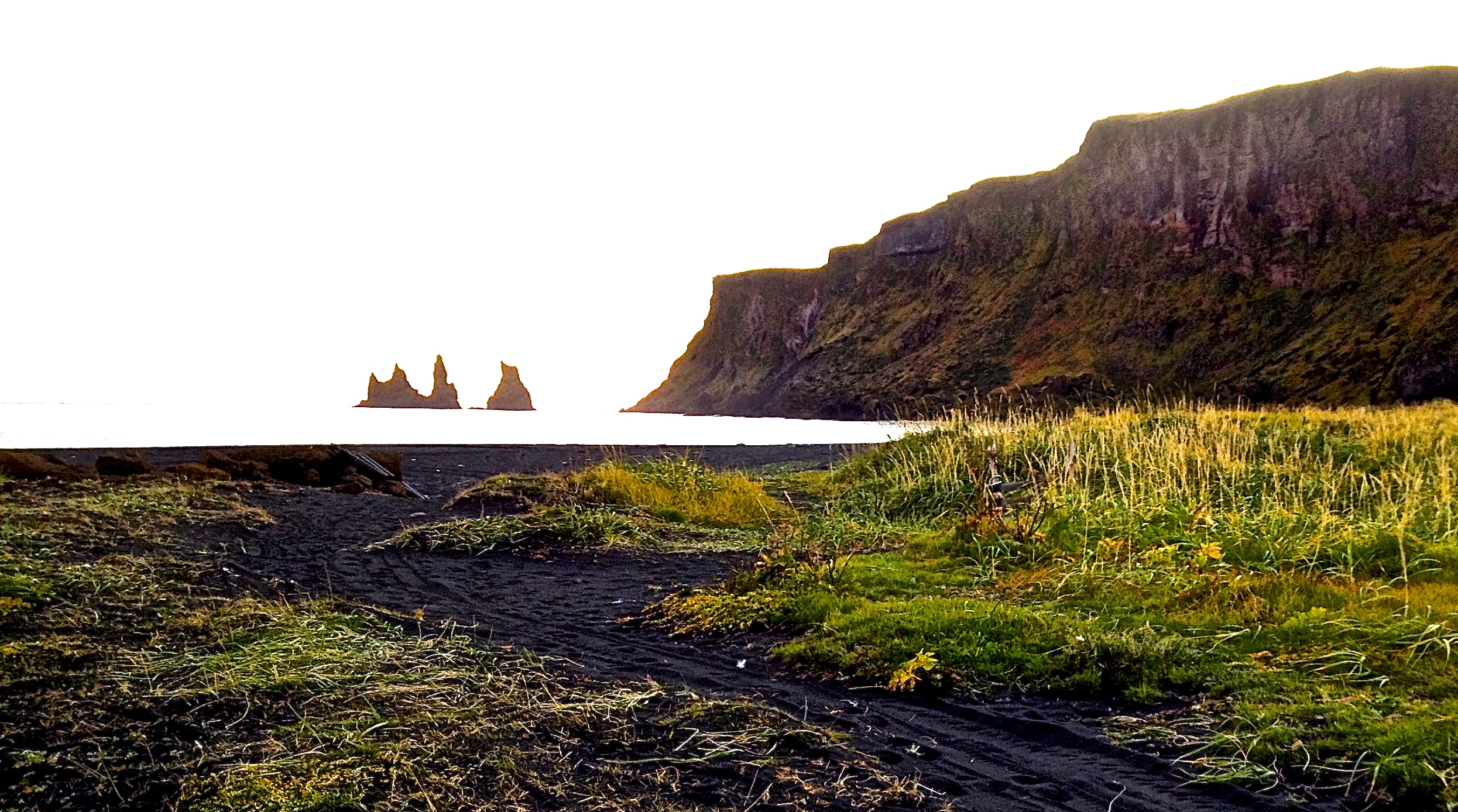 Now, just for a blip, we move to Ireland. At the 55 second marker, we see the DDLJ pair at the very famous, and extremely unique Giant’s Causeway.  Giant’s Causeway is a five-hour drive north from Dublin and is famous for its 40,000 interlocking basalt columns, which we see Shah Rukh and Kajol standing on.  Giant’s Causeway is the result of an ancient volcanic eruption over 50 million years ago. 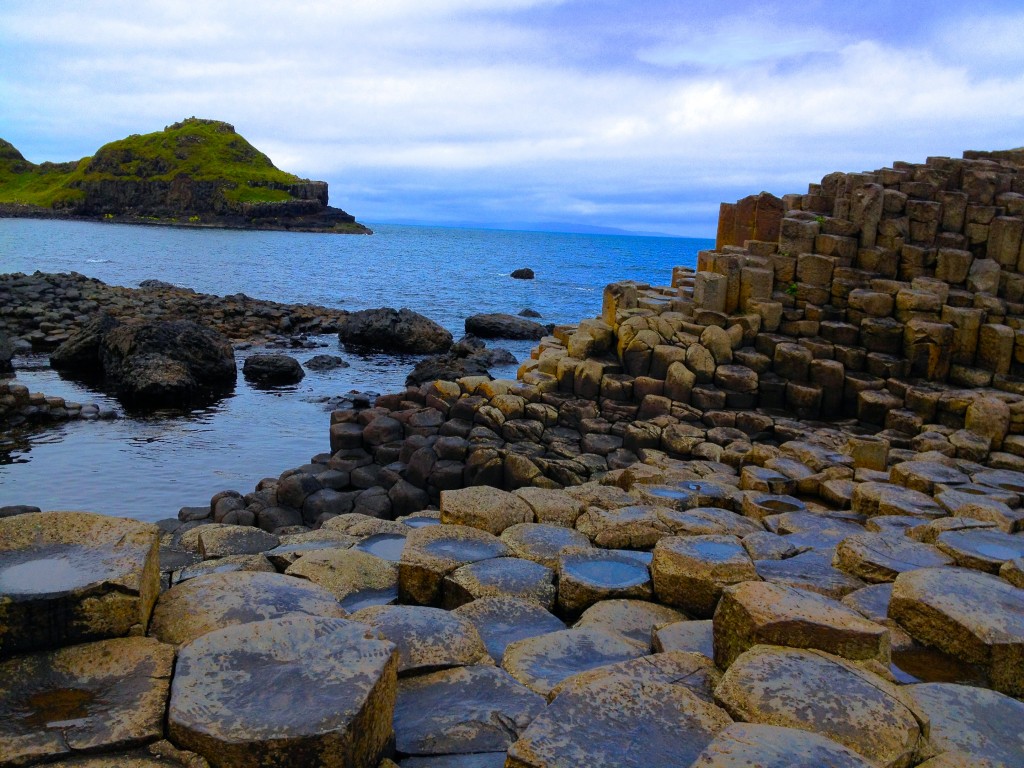 Now, let’s head back north to Iceland.  At 1 minute 55 seconds, SRK and Kajol are frolicking at Iceland’s most picturesque waterfall- Skogafoss.  Many of you may think that the rainbows in this part of the song were created digitally, but there is actually a very good chance they are real.  The enormous spray created by the waterfalls’ drop makes it very common to see rainbows here regularly.  In fact, when I visited Skogafoss, there were two rainbows for the entire duration of my visit.  Kudos to Kajol for walking around barefoot for some of the shots here because the water coming off the falls is cold! 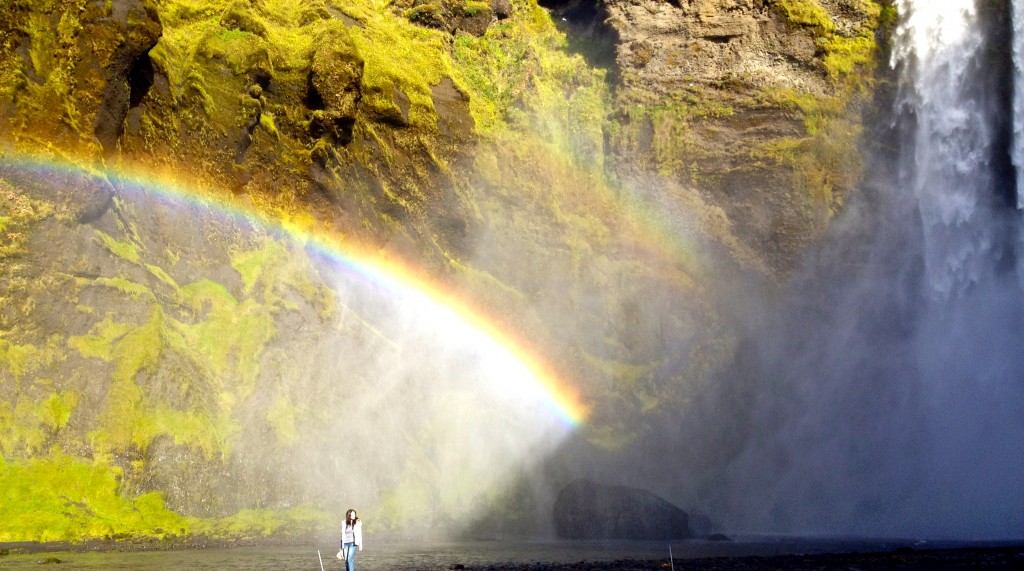 At 2:20 we see another one of Iceland’s famous waterfalls-Seljalandsfoss.  It is on the south coast of Iceland and is about a 30-minute drive from Skogafoss.  As you may have guessed by now, the ending “foss” means waterfall in Icelandic.  Seljalandsfoss is particularly famous because it contains a path that leads travelers behind the waterfall.  The walking path can be fairly slippery, so best to wear good boots with traction.  I am guessing Kajol opted against waterproof boots for this scene because they probably looked silly with her sari.  But, if you don’t need to pack expensive saris while visiting Iceland and don’t have a film crew ready with six wardrobe changes, wear rainboots and a raincoat to stay dry.

Vesturhorn Mountain is up next in “Gerua.”  We see the couple running in a pool of water towards each other in front of this striking mountain where steep cliffs (454 meters high) dramatically meet a flat sand beach.  The shallow pool of water is created from both its beach location as well as the water run-off from the mountain.

Finally, “Gerua” takes us to perhaps the most magnificent place in Iceland – Jökulsárlón glacial lagoon.  Jökulsárlón formed when the tip of Breiðamerkurjökull glacier (part of the Vatnajökull glacier) began to retreat from the sea in the 1930s.  Large pieces of glacial ice break off the glacier to form create the striking icebergs floating in the lagoon. Now, it is possible to stand on one of these floating icebergs, but unless you are SRK, you won’t be allowed to.  Visitors can take a boat through the lagoon and travel between icebergs, but you have to wear a life vest.  Oh, and although Kajol looks great in her skirt, I would wear pants and a jacket as the summer average high is between 10 and 11 degrees Celsius (about 50 degrees Fahrenheit). 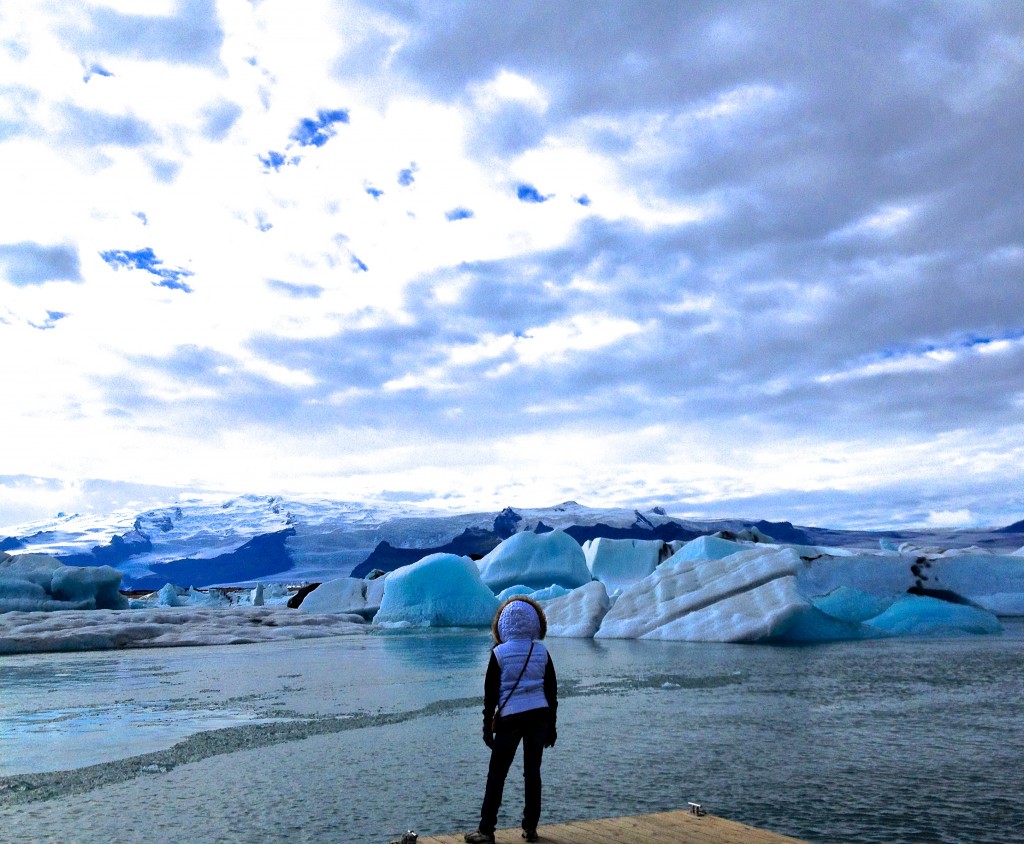 Starting with the black sand beaches in Vik, to the glacial lagoon at Jökulsárlón, you now can pack a good camera and make your own version of “Gerua”!  Your boyfriend will be totally thrilled at the idea! Although all the Icelandic site names are difficult to pronounce, the entire country, with its tiny population of just 330,000, speaks English well.

Happy travels to one of my favorite destinations in the world!

Saya Nagori is a physician and ophthalmic surgeon at NYU in Manhattan. In her spare time, Saya has traveled to several countries for both cataract surgery missions as well as pleasure. You can read more about her travel recommendations at her travel site: www.worldtravelhack.com