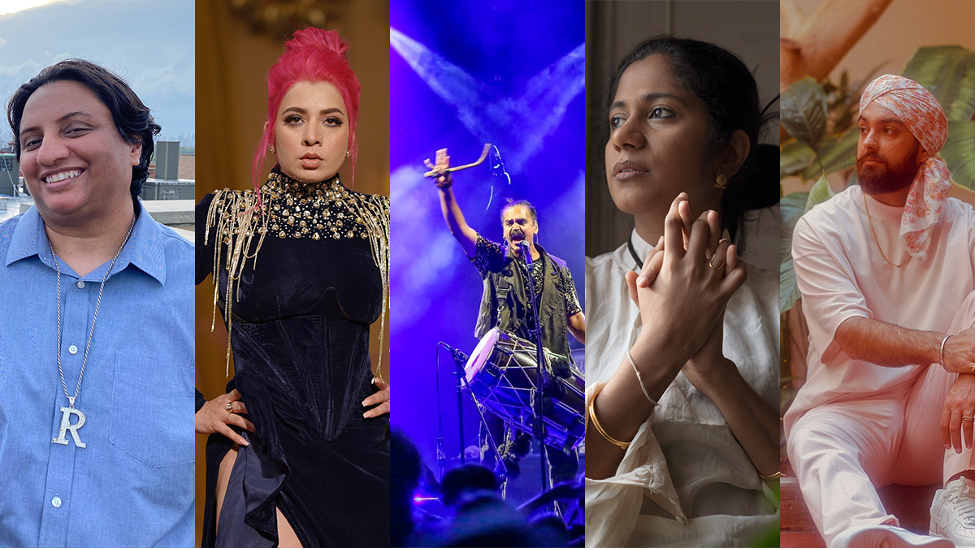 The bass is loud and each time the beat drops, sound waves ripple through the audience and the sea of concert-goers moves like a single-bodied organism swimming through the soundscape. Clusters of women slowly emerge and dot the perimeter of the room. They move in packs to escape the sinister graze of unwanted strangers. It’s a safety-in-numbers ploy.

I make my way through the crowd to the green room to have a conversation I am dreading to have with an event organizer, a headliner, a music manager or an executive. It’s usually an exchange I am never comfortable with. More often than not, this is the trickle-down effect of immoral music executives. When misogyny, sexual misconduct and abuse of power dictate the standards by which artists must learn to operate, it is no surprise that the audiences’ entire experience becomes contaminated.

Artists and industry professionals should not have to endure the macabre tropes of the industry. But navigating the music industry often means traversing demeaning, exploitive, and downright predatory behavior by those who hold the keys to  success.

How did unprofessional environments, harassment and sexual exploitation become endemic? In fact, you’d likely be hard-pressed to find a young artist/music professional that hasn’t been a victim of some form of abuse in the early days of their careers. And this fact especially holds true for artists of color.

Therefore, it is crucial to recognize and support inclusive spaces where the safety of artists, audiences and workers is a priority. In doing so, we start a collective movement that takes away the power of predatory keepers by taking away our support and more importantly, our attention. For this reason, we’ve compiled a list of event producers and upcoming shows that take entertaining, safety, and inclusivity seriously. Great music, great dancing, and a zero-tolerance policy for predatory behavior…and the vibes are ELITE.

After years of traversing substandard experiences for South Asian artists, we’ve started to find, and even create, spaces that foster a sonic community suspended in boundless joy.

No Nazar LA is a non-profit collective started by creative directors and DJs Malinder, Bianca and Omar, three creatives with a long history of pioneering global sounds, inclusivity and high-quality musical experiences. The trio has cultivated environments that integrate their varying backgrounds and platforms that garner support from communities near and far. Their edits, visual identities and intentionality are clear in every aspect of their events, and the music is…well, you don’t want to miss it. The collective recently played Hollywood Pride as the first South Asian crew and had all of Vancouver dancing for Pride set during 5XFest at Beaumont Studios. Having toured with the most successful musicians and traveled the world as a Dholi, Malinder shares the imperative mission to support other communities, cultures and musical experiences in efforts to uplift everyone, together. From Los Angeles to the world, ain’t no party like a No Nazar party.

United Kingdom-based Dialledin is an arts and culture festival that embodies innovation and inclusivity. Dialledin’s commitment to high-quality arts experiences is unlike any other. From the selection of venues to the grassroots promotion of diverse South Asian talent their commitment is apparent in each carefully curated event and property. I had the privilege of attending Dialledin’s April festival at Hackney’s EartH venue earlier this year and it’s safe to say in a time where representation is commercialized and internet echo chambers reign supreme, Dialledin’s physical and digital experiences are incomparable. The energy, authenticity and non-judgemental environment make for untainted musical bliss. The collective just wrapped up their Boiler Room Pakistan experience, their last festival featuring incredible acts like Anoushka Shankar, Jitwam, Nabihah Iqbal and other BGM favorites like DJ Manaraaa and more. You might want to head to the UK for their next festival on September 10 in London.

In its 16th year, Desifest is platforming South Asian talent in Toronto’s Yonge Dundas square. Run by Sats B, Desifest is designed to showcase the varying languages, backgrounds and styles of South Asian artists and music. The 11-hour show ranges from classical Carnatic, Hindustani and Bangladeshi stylings to classics like Raghav, Deep Jandu, and everything in between. The festival attracts nearly 10,000 people and folks passing by, providing exposure on a large scale to a community that may otherwise never be exposed to our art. Desifest also prioritizes platforming local and upcoming talent in an effort to help them learn festival sets, production and how to engage with large audiences! The festival is free, fun and in one of the greatest music cities in the world, the six.

DJ Rekha’s commitment to creating spaces that were truly for the people by the people is evident in every project. From 20 years of Basement Bhangra to Ronak and their time teaching music and curating, many South Asian artists have experienced their first stage with DJ Rekha.

The 20-year long monthly party may have come to a close in 2017, but DJ Rekha and myself are celebrating the 25th birthday of Basement Bhangra at Central Park’s Summerstage on August 6, 2022, at 2 p.m. in New York City. A free event featuring Jasmine Sandlas, Red Baraat, DJ Rekha, Raaginder, Ganavay, Dave Sharma, Zeemuffin, DJ Ushka, Rajuju Brown, Sikh Knowledge and last but not least, Ajna Dance, this one’s worth RSVP’ing to here.

The idea that great music and safe spaces can’t coexist is manufactured and false. The incredible curators above are seeing global accolades, and awards and have audiences from near and far desperate to experience sonic joy, safely.

As we grow in entertainment, we implore you to think critically, have preferences and maintain high standards. Seek out not those that claim “first/few of many/only,” but those who promote “everyone/always/more of.”

As always, our art and artists cannot grow if we do not:

Stay tuned for part two as we’ve got more events you’ll want to save to your calendar. Have an event you love attending or are hosting? Direct message me (Jashima Wadehra) at @jashimaw on Instagram.