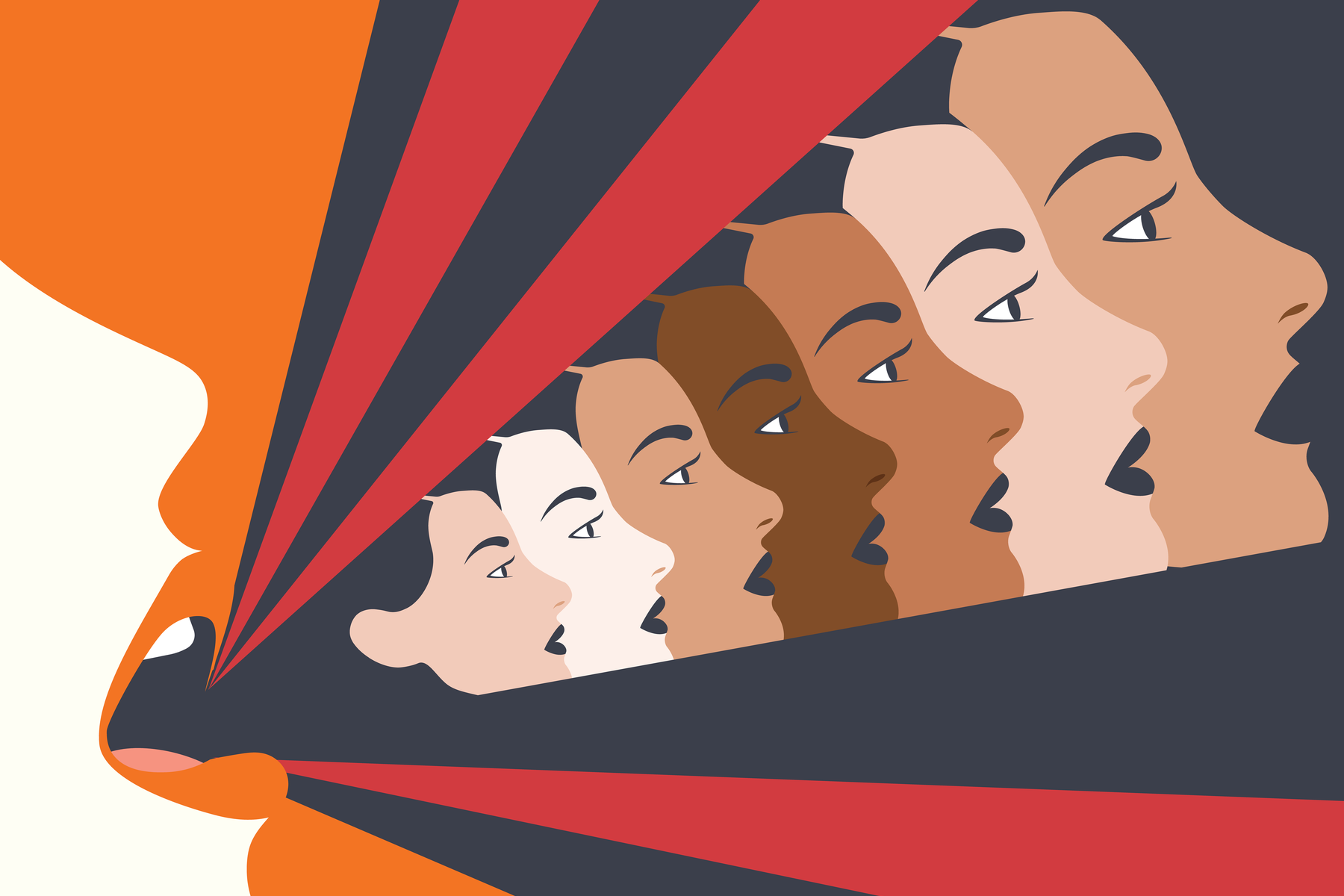 Photo by Nubefy via Shutterstock.com

Everyone expects something from teenage girls. For parents, it is good grades. Teachers, conversely, demand responsible behavior. Men expect the most from us. They want us to comply with a set mold and criteria, as they have for centuries. I have always wanted to change this social issue, and my poem, “Woman Redefined,” outlines the urgency of this goal. Society takes advantage of our freedom of expression, our individuality and even our bodies. Rather than advancing forward, we are continuously pushed back. To make an impact, we must empower women to speak up to change the narrative of men deserving more recognition than women. Much of society’s complacency comes from our dismissive responses to misogyny. “Boys will be boys” is not good enough, and we must be vocal against such misogynist ideas.

Equality for women is a long sought-after goal but current restrictions hinder progress and prevent us from reaching new heights. Without judgment weighing on our every move, women could utilize their capabilities to do what no one has before. We could “break tradition, break submission, and redefine ‘Woman.'”

[Read Related: The Contradictions of Society’s Expectations for Women]

no, but a young Woman can be criticized for anything She does.
wears a little makeup to make Herself feel good
(no, don’t cake your face and fool the boys).
cries when She’s had enough
(no, your life is perfect, pain undeserved).
tries in school
(no, boys don’t like them smart),
acts a fool
(no, all Girls are the same).
“No”
stops stinging, the word’s frequency now a dull throb.
but when She’s terrified,
knows this isn’t what She wants,
“no” doesn’t roll off the tongue.
gets stuck in Her throat. leaves Her feeling the broken She knows they call her.
but no, forget it happened, no,
it’s Her fault.

18th century made evolution, no, revolution, no,
condemnation
of fabric of country.
founding fathers preach new ideas with a blind eye to Women’s suffrage,
no, to slavery,
no, to peace and prosperity.
why do we let a country created by men, now run by men,
no,
ruined by men,
ruin once again? teetering laws are arguing parents—
“no, honey let the grown-ups talk.”
they decide our fates like karma,
force fingers to our lips and silence our cries.
our hands itch to push back,
but no,
a “good Girl” rests hands in laps.
even when they strip us of all liberties.
make us more bone, no, more object, than Woman,
the blame of their actions still weigh on us like a storm cloud that
never.
stops.
pouring.

so we carry the weight of the world on our shoulders,
know that men will claim the burden is left to them.
no, but we agree with tight-lipped smiles and
teary eyes
as another woman preaches “boys will be boys.”
and the cycle continues.

no. ignoring the problem won’t make it go away.
no. we can’t sit back and watch as Her beauty is taken, no, ripped,
and Her joy with it.
no. don’t succumb to the sword they brandish over and over, no,
we’ve always been the better fighters.
because we’ve
never.
stopped.
fighting.

break the cycle with the hands you were told to keep gentle
break tradition, break submission,
redefine “Woman.”

[Read Related: Our Honour is Greater Than Our “Purity”]

Kashvi Ramani is a writer, actress, songwriter, and singer from Northern Virginia. She has been writing songs, poetry, scripts, and other forms of writing for much of her life. She is the current Arlington (NoVA) Youth Poet Laureate, vice president of the poetry club, and editor of the creative writing magazine at her school. Last year, she was awarded the prestigious YoungArts in Theater and Writing for Spoken Word Poetry. In the near past, she has been a member of the Virginia Youth Poet in Community, the DC Slam youth poetry team, and a professional improv teen company. In second grade, she won her first poetry competition, going on to win $5K for her elementary school after writing a rap song in fourth grade, and has won awards for her memoirs, scripts, and poetry at the Scholastic Writing Awards.