Foodie In the News Lifestyle TrendingJune 9, 2018 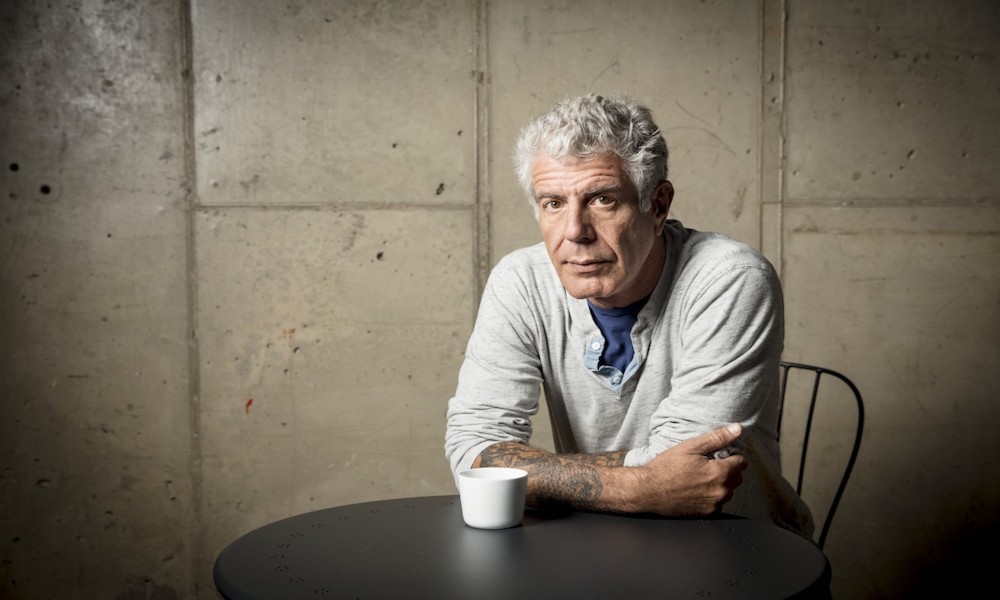 It is sometime in 2005. I am eight years old. My family lives in a two-bedroom apartment in Mesquite, Texas. My mother has now been in this country for 13 years, my father approaching 26. They have not been back home since they came to America. We are struggling to make ends meet.

It is a weekday after school—my mother is sitting on the couch, the bowl in between her crossed legs catches the okra she is cutting for dinner. I am sitting on the floor watching T.V. The screen flashes to black and white cobblestone streets with a man speaking in English words that make no sense to my young ears in the background. His tall, slender frame appears on the screen and my mother turns up the volume. That man was Anthony Bourdain, the show was the first episode of “No Reservations” and this memory is one of my firsts.

It is no exaggeration to say that Bourdain was a genius. He gave an uncondescending, deeply empathic and deliciously colorful view of places all over the globe. He animated the world map for almost 25 years, giving voices to indigenous people, eating with the marginalized and meticulously documenting the farthest corners of the globe and the most arcane aspects of the human condition.

He did this through wars, government red tape, refugee crises and foreign policy conundrums. He was a person who had dealt with life’s bullshit before as a recovering drug addict and a product of the service industry. He did his job so well because a silver spoon was far from his reality. This he has been awarded for, though I still believe he died without knowing how instrumental he was in the lives of so many people in so many places.

“Low plastic stool, cheap but delicious noodles, cold Hanoi beer.” This is how I’ll remember Tony. He taught us about food — but more importantly, about its ability to bring us together. To make us a little less afraid of the unknown. We’ll miss him. pic.twitter.com/orEXIaEMZM

What we don’t discuss about Bourdain, however, is what he represented to people like me and parents like mine. My mother and father faced the short end of the immigrant stick: living in upper-lower class post-9-11 America with the saddening realization that their homelands, even the rest of the world, were out of reach.

They had grown up between Indian and Iran, Pakistan and Persian Gulf states. They had traveled throughout their young lives and seen places like Hamburg, Bangkok, and Paris. I have only known the United States, and up until recently, I had only known Texas. Bourdain was instrumental in giving me a glimpse of what happens everywhere else: how people eat, how people live, how people survive. His shows informed not only my perceptions of other countries, but also my perceptions of humanity.

Through pragmatism, he taught me what it meant to truly be in someone else’s shoes and how food is far more philosophical than we anticipate. It is not often one grows up with a travel show as an educational tool, but through years of narrow-minded public schooling, my mother turned on Bourdain’s shows and made me and my brother watch. This was the world she did not have the means to give us, this was the world my mother and father grew up in, this was the world I am from.

To my parents, Bourdain’s shows were a reminder of what was once so much more accessible, something they missed dearly. When it came to episodes of homelands or homelands adjacent, my mother and father saw his hourlong installments as the only means of travel they had. When he went to Tehran and toured the streets for breakfast, my mother was able to tell me where her old house was in relation. When on the Pakistan-India border, my father recounted seeing the border closing ceremony several times in his childhood. At its core, to the diasporas and the expats, Bourdain’s program was a one-way ticket back. It was seeing places your head still remembered, but feet had not tread. It was absorbing spaces you had never been to, but to which knew you belonged.

For me, what Bourdain accomplished is beyond literary awards and critical acclaim—he provided access. I will never be able to thank him for what he did for me, for people like me. I still have never left the United States. My parents and I have never gone back to where we are from. His shows remain the only honest view of my origin that I have, the only glimpse of the places I come from in real time. Bourdain and his TV shows honored my parents’ stories, explained their triumphs, and articulated their pasts. To my parents, he often represented, in a world before FaceTime and Google Maps, the only real view of the homes they had left behind.

[Read More: Kate Spade: The Life and Lifestyle of an Iconic Brand and Woman]

Bourdain passed away Friday in France, in what was reported a suicide. It is an incredible shame that someone so beloved ended his final hours so alone and that we, as a society, have yet to take mental health issues seriously. In some ways, it is calming to know he passed in France, a place where he often appeared happiest. I am even calmer knowing that he passed during the holiest days of Ramadan, a month so devoted to food and its importance in our lives.

My thoughts and prayers, along with the thoughts and prayers of my communities, friends and families, go out to the man who represented so many of us, the easiest path to places we once knew. People have written that Bourdain brought the world into the living rooms of people all over the globe. But to me and so many others like me, he brought us home, over and over again.

Suraiya Ali is a rising senior at the University of Southern California majoring in International Relations and Global Business with a minor in Persian Studies. Her work focus on merging the worlds of politics and culture, and religion. This summer, she is joining the Soul Pancake team as Social Media, Content Curation Intern. When not in class, Suraiya works as the Los Angeles Product Specialist for Acne Studios and freelances as a writer and stylist. Her hobbies also include embroidery, cooking, and modeling for local brands. Originally from Dallas, Texas and coming from a large mixed family, she is always searching for a new story to tell and a new restaurant to eat at!

Around the World in 7 Cauliflower ‘Rice’ Recipes