Culture Humanities In the News TrendingJune 11, 2019 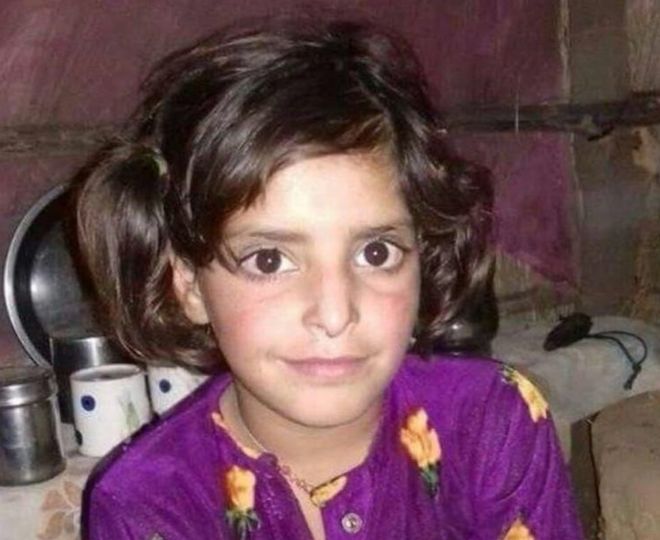 Update as of June 11, 2019: Three men have been sentenced to life in prison for the rape and murder of 8-year-old Asifa Bano in a case that outraged India. The three other men, who were once police officers, involved in the rape received five-year sentences for destroying evidence in connection with the case.

India: the second country in the world with the most number of mosques. India: home to the Taj Mahal, which is adorned with scriptures from the Qur’an. India: home to many Muslim Bollywood heartthrobs. Yet, why do we still turn our backs on our Muslim citizens?

There is no word horrific enough to describe the torture and killing of Asifa Bano in Jammu and Kashmir, but the reactions that followed are equally terrifying. Not only are people protesting for the men who murdered Asifa, but Asifa’s family now feel the need to flee their home because they are scared for their lives.

We as a community have to ask ourselves questions that feel like sandpaper rubbing against our throat. What has become of us as humans when a child is drugged, tortured, and murdered, and the family of the child has to flee for their own safety, all because of politics and religion? How do you justify the torture and killing of an eight-year-old girl? Is an Indian Muslim still not considered an Indian?

The clear separation and suppression of Muslims in India perpetuates this violence. Both call India their motherland, yet Indian Muslims are, more often times than not, treated unjustly by their own country. The riots against Asifa’s family show just how wide this separation is. The biggest offenders, however, aren’t those who riot against the family and support further division; it’s those who remain silent that cause the most damage.

[Read More: ‘The Road to Justice for Asifa Bano from Kathua: My Name is Asifa’]

It’s those who remain indifferent that allow these injustices to occur. It’s those who ignore such a deep-rooted issue in our community. It’s Bollywood movies’ constant portrayal of Muslims in a negative light and our acceptance of it. It’s those who have a platform and don’t use it to speak up against such matters. It’s those who don’t want to step on any toes. Our silence covers the mouths of the innocent victims who scream for help.

This issue is not just one-sided. There has been bloodshed on both sides, and this is a thought that stops a lot of people from speaking out against such hateful crimes. But hasn’t history shown us that nobody’s palms are clean? Hasn’t it shown us that responding to violence with more violence is an equation that never leads to a progressive outcome? This mentality is how history becomes cyclical. It doesn’t matter who started the war when thousands of years later we are still fighting when children have stripped away of their innocence and are dying. There is no justification for the murder of an innocent child.

The voices of those who are loudly protesting against Asifa’s family will become louder if those sitting in silence do not speak up. It’s time to come together as a country because division will only culminate hate. It’s time to change our mentality, and it’s time to start taking care of our people.