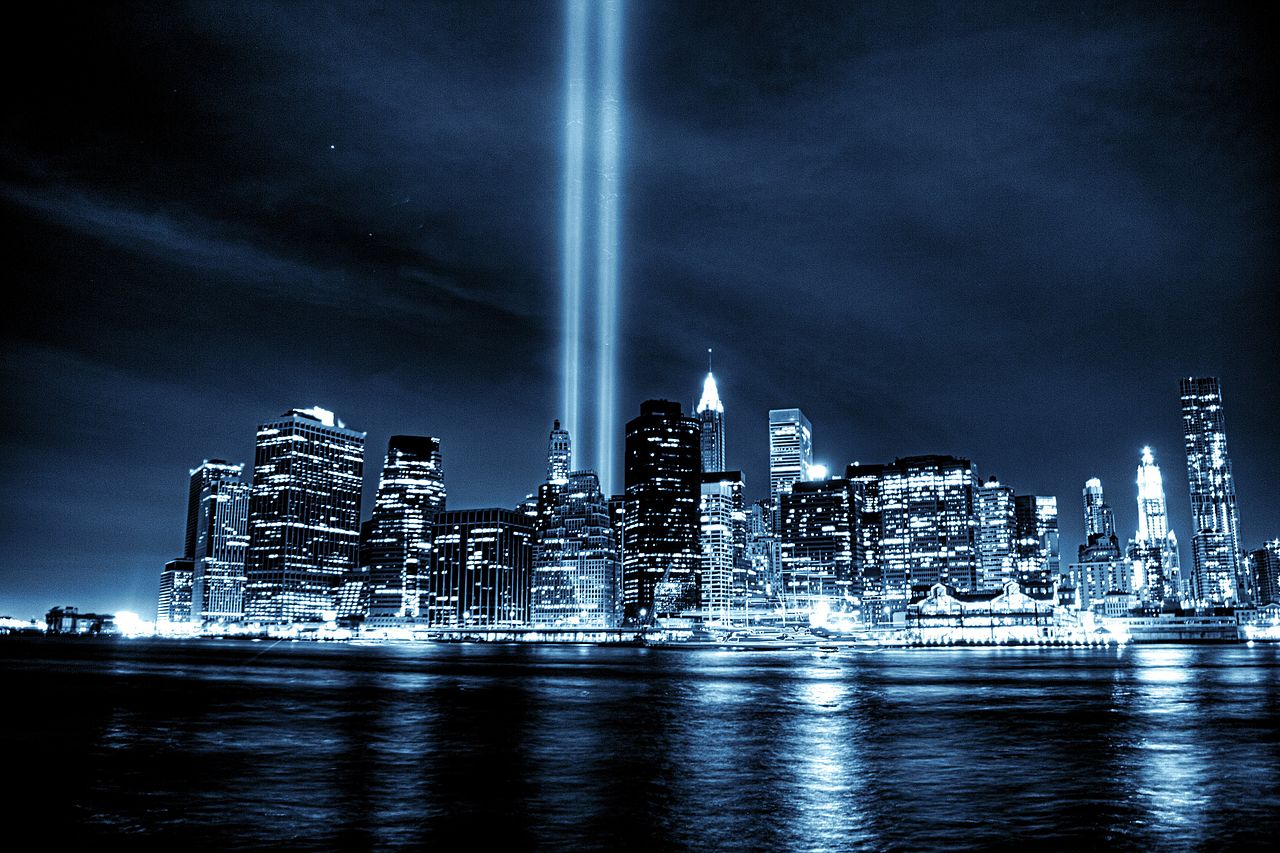 I liked the Twin Towers because they were beautiful buildings. The Towers were elegantly perched at the bottom most tip of Manhattan, overlooking the greatest city in the world.

I was able to admire the magnificent view from the 96th floor where my father’s office once was, but I was too naive and young to realize that this view wouldn’t last forever. Thirteen years later, I miss that view.

Atop one of the Twin Towers, I vividly remember eating a grilled cheese sandwich that blew my mind. It took me what felt like years to figure out that it was the tomatoes in that sandwich which made it taste so good.

I was old enough to know that I was atop one of the tallest buildings in the world, but I was not old enough to appreciate the view, to take a ‘seflie’ to capture the moment, or to be aware that my dad’s “work cafeteria” was a place people traveled thousands of miles to see.

The World Trade Center was extraordinary to me as a 3-foot-tall bright-eyed girl, as was all of New York City.

“This is where daddy comes to work every day,” I must have thought. Because let’s be real, I never thought much of it…I never thought about it at all.

Many of us growing up in the era after the attacks only began to think of this view after the fact.

Today, I feel grateful that I was able to experience an architectural marvel and a great New York City landmark, while it was still here.

Years later, at 25-years-old, every time “the Twin Towers” or “the World Trade Center” comes up in conversation, I feel uncomfortable. I feel a pit in my stomach, but the pit is not there for the same reason you are thinking of.

When I hear people discuss the Twin Towers, it is not to talk about the architectural wonder that it was. No one talks about the breathtaking views from the highest floors or the size of the grand lobby. Sadly, no one remembers the way it completed New York City.

The people I’ve recently spoken to are so eager to share their feelings about September 11, but rarely know a person close to them that passed away. Many of them have never even seen the Twin Towers in their life. And no one ever seems interested to hear that I have memories from inside the Twin Towers. No one ever wants to talk about that.

Then it hits me, right in the gut. I felt the same pit in my stomach. It was the dreadful reminder of how people with brown skin have been targeted in countless discriminatory attacks, how the number of police investigations at the airport and on the street have gone up.

The more time that passes since the fateful morning of Sept. 11, 2001, the reactions to the words “World Trade Center” stays the same. More than a decade later, the quieter I remain during my conversations about Sept. 11, I am further reminded that I still have a reason to fear for my safety. We continue to live in fear, hoping and praying that the generation post-Sept. 11 will not have to witness what we did. And we continue to live in fear for those innocent victims targeted on the streets of New York City because they “look” like terrorists.

It’s hard to only remember the taste of the grilled cheese sandwich I once ate at the very top of the Twin Towers, and it’s hard to speak about the view I saw from the very top because my heart hurts with fear and sadness of where we stand today.

May we all pray and remember the victims we lost on Sept. 11.