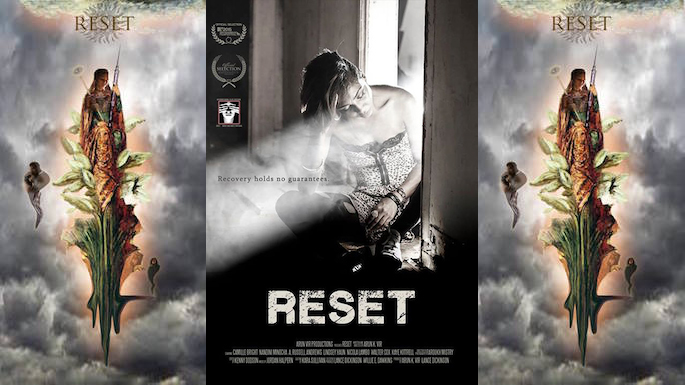 Filmmaker Arun Vir knows first-hand what it’s like to face issues of addiction, mental health, and racism as a South Asian woman. Inspired by Vir’s own daughter’s journey into addiction and recovery, her latest short film, “Reset” is the story of Rylee (Camille Bright), a mixed-race teenager, who descends into drug addiction as she copes with remnants of her childhood. Through her journey in rehab, Rylee must confront painful realities of identity, both physical and emotional, as her mother, Maya (Nandini Minocha) seeks to understand Rylee’s disease as a parent.

Vir described writing the story of the film as a cleansing process. “When we as a family went through our journey with this disease, I actually sat down and felt that I needed to write the story, I needed to get my feelings out—it was sort of a very cathartic exercise for me.”

From there, the decision to turn the story into a film was a notion supported by both her daughter and husband. “We took a huge leap of faith and a lot of courage and decided to actually make it a movie, so that we could tell our story and share it with others out there—other families, especially,” she said.

The film is a powerful depiction of the disease but goes beyond just addiction and recovery. Shockingly, for Vir, another experience that inspired the film was their family and not finding resources for women of color, particularly brown and black women, who are dealing with body image and other issues. It served as the final wake-up call for Vir that their story needed to be told. 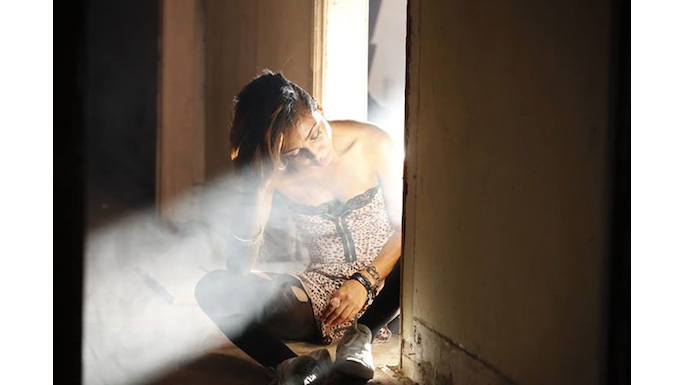 “I’m Indian, of Sikh background, and I know that I grew up with a father who was an alcoholic,” Vir explained. “Nobody ever wanted to talk about it—and actually, it’s taken me years myself, as a very grown woman to say ‘wow, we don’t talk about those issues in our community.’”

As a parent, Vir understood that she needed a woman on the other side of the table who looked like her and, could, therefore, act as a true partner in the process. For Vir’s daughter, Salma Vir-Banks, her journey of recovery was about recognizing that she was a part of cultural, political activist, and feminist communities, where others who looked like her and were the same age seemed to be strong, resilient, and living lives without struggle—which led to internalized feelings of weakness.

At times feeling abandoned by these communities where she expected to find compassion, Vir-Banks soon understood that the lack of support likely stemmed from a lack of understanding. Eventually finding a counselor who understood her journey was life-changing. “She was a black woman, and she had been in the exact same places that I had been,” Vir-Banks said. “She was a living example that women of color do recover. It was really powerful to see her.”

What turned things around for Vir was walking into her first meeting, a month into her daughter’s stay at the rehab facility, and finally feeling like she was in the right place—it is a scene that was depicted in the movie as well, when Rylee’s parents first visit the facility where Rylee is but are unable to see her just yet.

“I walked into the meeting room, I looked around the circle of people, and I texted my husband and said ‘everybody in this room looks like me,’” Vir said. “They all had the same kind of face which was one of grief, sadness, confusion, and fear. It was such a relief because I thought, ‘God, I’m not alone.’” 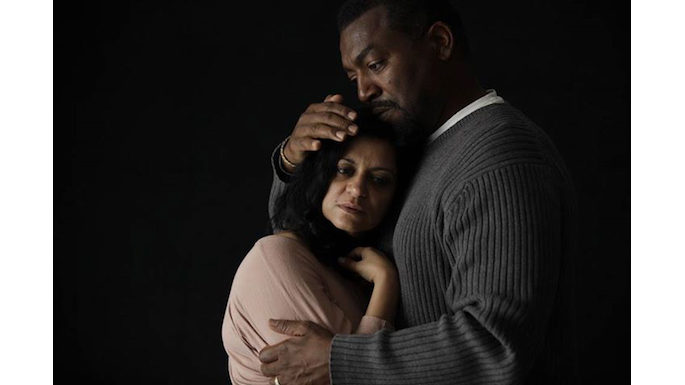 In a particularly powerful scene in “Reset,” Maya is on the phone with Rylee as she hallucinates during detox. The raw emotional intensity of helplessness as a parent, in that moment, was depicted masterfully by Minocha, and is one that stays with the viewer long after the film ends.

Minocha, as Rylee’s mother in the film, believed in the importance of telling this story. For the role, she tapped into her own experiences as an immigrant, as well as a parent of an autistic son.

“It makes a difference when you’re amongst people who are experiencing what you’re experiencing,” Minocha explained. “It was good to find that commonality and find people who were dealing with the same thing I was dealing with. So I understand the need for this film, which is to get South Asians to understand what mental health is, what it can do and that there’s a lot of denial about drug issues. These issues are relevant cross-culturally but Indian people, in particular, believe that none of this affects them—whether it’s addiction or mental health or disability. We deny everything.”

Beyond addiction, “Reset” also touches upon eating disorders, another place where stigma fuels silence in these communities. Vir-Banks explained it in terms of realizing the origins of her own addiction. “I am a hardcore bulimic, and I’m in recovery now from the bulimia because I got clean from the drugs and the substances—but I used to get the bulimia to stop talking to me. I’ve heard the eating disorders, anorexia, bulimia, being called out as the white woman’s disease and no—this is all over the place. I’ve met men that have it, women of color, white women… we really also need to take that seriously as well.”

Vir echoed once again, the lack of community dialogue around this. “We don’t have brown women, black women talking about these issues and I can tell you, I did the research—I found nothing. I found one story online of a young black woman who finally broke the silence with her parents after 16 years of just hiding it. I was just like, ‘wow,’ because they don’t care about our narrative. I think about the South Asian women who can’t even talk about these issues, who just feel trapped.” 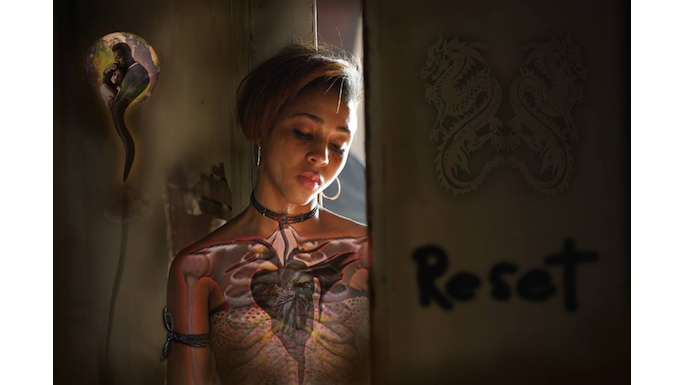 For Vir, another big takeaway from making the film was being able to shed light on race, racism, and how both play into mental health, especially in South Asian communities.

“I did not have acceptance from my parents because I had a mixed-race child,” Vir confessed. “I was in London recently showing my film and I couldn’t even tell my mother why I was there. So there’s a real problem. I don’t blame her because she’s a woman of her time, she’s of a generation. I think that it’s imperative to start breaking these stigmas, misconceptions, and barriers around race—because race plays a lot into mental health and all of these other issues that come from it, like depression, identity, and more. And I know—I grew up as a South Asian woman who couldn’t speak and say the things I wanted to say. I did a lot of my speaking and talking outside of my house. I couldn’t go to my parents with my issues or my problems or my questions.”

Still, Vir described the reception of the film in places it is able to be shown as remarkable. Mostly, she finds that those who stay after a screening want to talk, and conversations are being started around addiction and recovery. For Vir-Banks too, it’s been important to tell her own story, but also to open the door for others to share their stories. She acknowledged the privileges she had on her journey of recovery—the support of her family, that she wasn’t coming from a broken incarceration system, that she had access to healthcare. But her story is still just one story amongst thousands of others.

“I want this to be the catalyst to have other people tell their own stories about what’s happened in their lives because I don’t want to get trapped into one narrative about addiction and women of color when there are multiple ways women of color have recovered,” Vir-Banks said. “We’re not this monolith of life, we have these same similar issues and stories and there’s abuse and neglect and silencing, but there’s also a lot of joy and amazing things that come out of our lives as well.” 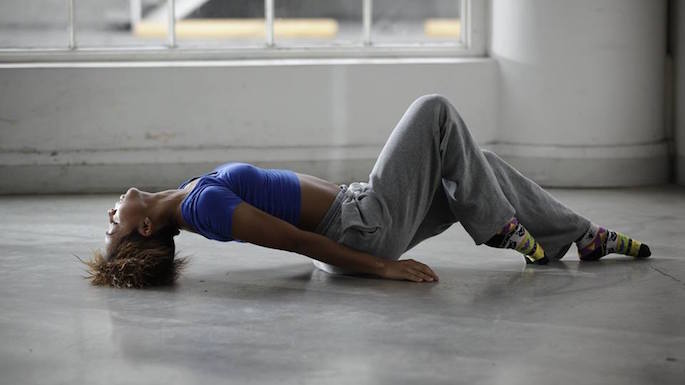 “Reset” is truly a compelling film, one that stirs up many questions around how we, as members of the South Asian community, face the realities of addiction, mental health, and racism. The film’s strength lies in its simplicity—artful direction coupled with intersecting timelines of the addiction and recovery processes create a profound impact. The disease of addiction is a harrowing, heart-wrenching journey for both the addict and their loved ones—something that comes across seamlessly in the film through both Rylee and Maya’s journeys. In the end, recovery can look different for everyone—but the film acknowledges this multitude of experiences without limiting the journey to just one kind of lens.

Stemming from her own experience, Vir-Banks encouraged those struggling with similar issues to start the journey with a single step: finding their closest 12-step (or any other kind) of meeting.

“It’s free, and it’s accessible. People will welcome you, and people will love you until you learn to love yourself again,” she said. “Even if you’re in a family that can’t support you or doesn’t know, you can walk into a meeting and find that love and find that support. That’s the first step, is walking in and accepting help.”

Vir agreed, stressing the importance of finding someone to talk to, whether it’s within your family or not. “I feel that there are so many young people out there that are lost because they don’t have the love of their families or they don’t have the love of just at least one person in their lives. Just talk. Find someone you can talk to. if it’s not your mother, if it’s not your father, find a cousin, find an aunt, find a teacher. Find someone you can talk to, a close friend. Start there.”

Minocha ended with a strong message and call to action for the South Asian community.

“To all the South Asians out there, my message is that we’re normal and we are just like everyone else. We have addiction, mental illness, autism, bulimia, and we are not always perfect. That’s who we are, and we need to know that and recognize it. It’s very annoying when you meet groups of South Asians who just want to pretend that all their kids go to Stanford and their lives are perfect. This whole culture of denial, where everything goes under the carpet, is toxic—it affects our children and we need to change that.”