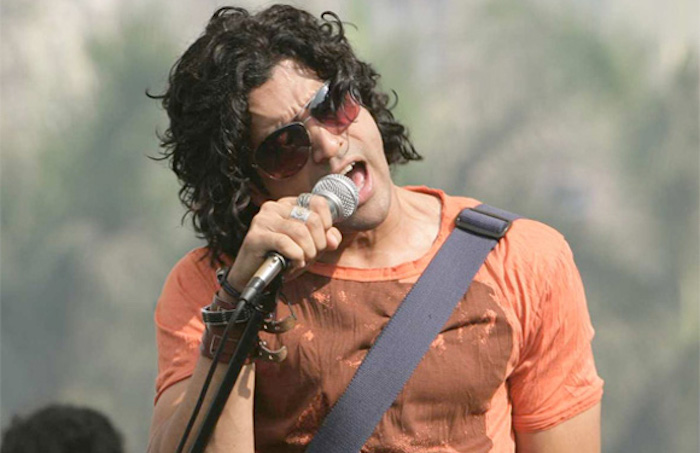 It’s hard to imagine it’s been 10 entire years since “Rock On!!” premiered, and showed the world that Farhan Akhtar was great not only behind the camera but now in front of it.

“Rock On!!” was a chance for Bollywood lovers to see Farhan Akhtar act and sing for the first time. His natural talent was apparent, and fans felt as if he’d been acting since forever. Since “Rock On!!,” Farhan has proven the debut was no fluke, with impressive work in films such as “Bhaag Milkha Bhaag” and “Dil Dhadakne Do.”

Farhan’s wonderful work in “Rock On!!” is just one of the many iconic Bollywood acting debuts in Bollywood. These are the initial (or close to initial) films that really solidified the foundation of these actors’ careers today. Their first movie was a hit, and the rest is history!

Deepika Padukone, a superstar and beloved actress of Hindi film industry, made her first appearance in Bollywood with the hit movie, “Om Shanti Om.” Alongside Shah Rukh Khan, her debut film grossed approximately $3.7 million just on opening night. This movie centralizes on reincarnation and avenging the truth, all in the name of love. The movie’s setting begins in the era of the 1970s: Om Prakash Makhija (SRK), a junior artist, falls in love with superstar “Dreamy Girl” Shanti Priya (Padukone). They grow close, but Shanti Priya is met with a tragic accident, and in an attempt to save her, Om Prakash Makhija dies along with her.

The film is then fast forwarded to approximately 30 years later, and the two are reincarnated. The roles are reversed, however, this time; and Om Prakash Makhija is now Om Kapoor, a Bollywood superstar born into a wealthy and famous family, and Shanti Priya is portrayed as Sandy, a “normal” girl looking for any opportunity to meet Om Kapoor. Their destined meeting brings them together to bring justice to the terrible and unfathomable deaths they faced in their past lives.

“Barfi!” is a 2012 comedy-drama film that was India’s selected entry for Best Foreign Language Film. This movie is “different” than other Bollywood fares, because it takes a community of people and their lifestyles, and then portrays it through comedy and tons of emotion. “Barfi!” made about $25 million in the box office, and was a hit film talked about weeks and months after its release.

The message it sends and awareness it spreads about the deaf community is what makes this movie unique. Ileana D’Cruz held a leading role in this film along with Priyanka Chopra and Ranbir Kapoor; D’Cruz won the Filmfare Award for Best Female Debut and has since then been in Rustom with Akshay Kumar and Baadshaho with Ajay Devgn.

This is the romantic movie Bollywood NEEDED. Aditya Roy Kapoor plays a singer who falls in love but suddenly finds himself losing his success, fame, and well…everything. While technically this isn’t Kapoor’s official Bollywood debut, this movie put him front and center as the leading man for the first time, and it showed his incredible talent by forcing him to slowly lose himself on camera. At first, he is a suave heartthrob (not hard for him to do, I am sure. I mean have you seen him?!). But slowly we had to watch Kapoor’s character, Rahul, fall apart just as he finds the love of his life.

The character was complex, vulnerable, and intense. “Aashiqui 2” became a super hit, collecting 52.5 million on its opening day, not to mention the wonderful soundtrack that no one could get out of their head. But more importantly, the movie brought back the romance and heartbreak Hindi cinema was missing.

Parineeti Chopra, now not only known as an actress but also known for her hit song “Maana Ke Hum Yaar Nahin” from “Mere Pyaari Bindu,” made her debut in the film “Ladies Versus Ricky Bahl.” She was not the leading actress in this film but won many awards for her role as a supporting and debut actress at IIFA, Screen Awards, Filmfare, Stardust, and the Zee Cine Awards.

Parineeti portrayed a girl named Dimple Chaddha and her character’s story was featured in the beginning part of the film, and she then returns closer to the end of the film. Her role in this movie leads her to star in many other movies such as her first role as the lead, including “Ishaqzaade,” “Shuddh Desi Romance,” and “Hasee Toh Phasee.”

With movies like “Padman” releasing these days, Indian cinema has to be applauded for trying to create a conversation about typically taboo concepts. 2012’s “Vicky Donor” is about a man who becomes the biggest sperm donor for a fertility clinic. A witty and intelligent comedy that deals with an issue that could be sensitive to many, Khurrana’s acting was natural and comfortable even though the topic was so raw.

“Vicky Donor” was received positively by Indian audiences, collecting 41 crores on the first day. This movie was refreshing and a wonderful start for Ayushmann Khurrana, who has gone on to make great films like “Bareilly Ki Barfi,” and even more movies about sensitive topics like “Shubh Mangal Savdhan,” which touches on the subject of erectile dysfunction and the idea of manhood.

With “Rock On” turning 10, it is fascinating to look back at the impressive debuts made by popular actors and actresses. Many of these roles were complex or difficult, yet the talent served it with grace. These projects made them the stars they are today. These debuts just… Well… Rock!