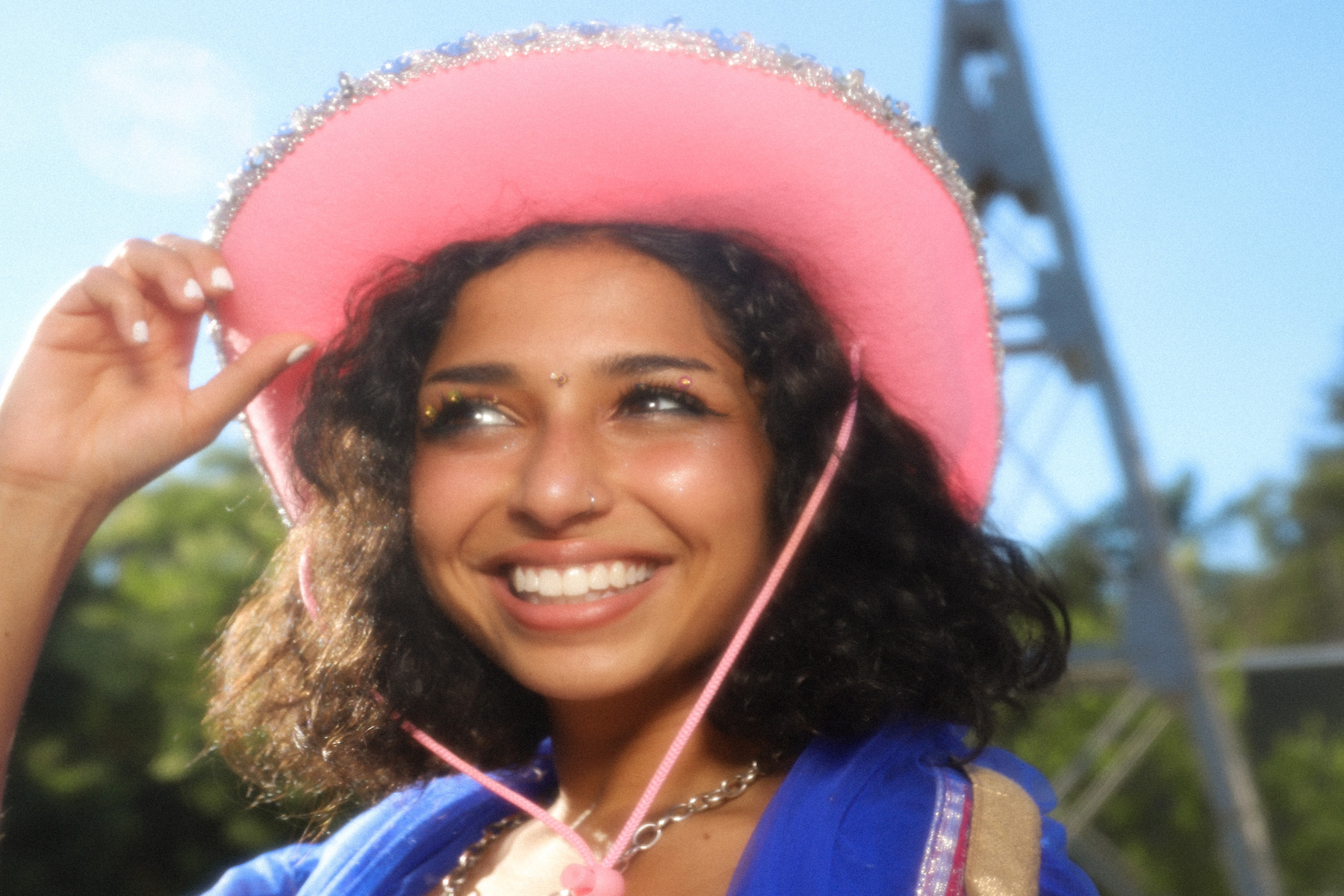 What do you think of when you think about politics? Politicians? Or even the government? While a select few of our legislators might inspire idealism, hope and forethought for a future better than our present, most don’t meet the needs of our time plagued by a public health crisis, racism, and a climate crisis. It’s a time that requires leaders with courage, ones who value citizens and allow us all to live with dignity.

Courage is one word that could be used to sum up the candidacy of Sameera Rajwade (she/they), a 21-year-old non-binary Indian-American running for City Council in San Ramon, California. She’s a lifelong organizer determined to use her platform to fight the racial injustice she sees in her community and advocate for a Green New Deal. Rajwade supports the hope she sees in her community, as exhibited by the brilliant turnout to the Black Lives Matter protest she organized.

Rajwade is a candidate ready for the challenges of the moment, and at this very moment in the Bay Area, that means fighting the effects of climate change that have led to devastating wildfires.

“Even my parents, since they immigrated here and settled in California, this is their first time since they’ve been here that they’ve seen this type of thing happen. I remember when I was younger I wouldn’t see wildfires to this degree. It’s definitely very scary and this is why we need to push for a Green New Deal,” commented Rajwade on the escalating situation destroying our planet.

If elected, Rajwade would celebrate overdue firsts, including being the first non-binary city council member in the country and the youngest city council member elected in California. By connecting with the community through nontraditional but timely tools ranging from Tiktok to Nextdoor Neighbor, Rajwade demonstrates an experiment in building trust when voters can’t meet you in person. Rajwade would make history, but that doesn’t come without facing deterrents and obstructions with courage and conviction, even when facing her community.

“The Indian community is also very conservative. Do they trust me? Will they understand me? Or am I too disconnected?” questioned Rajwade about her place in the South Asian politics of San Ramon.

And going further, our time and every time before ours has been filled with discrimination regarding race, gender, or sexuality. Rajwade’s town is no different, but the core of her campaign hinges on a bold, transformative vision forward.

[Read More: Op-Ed: Kamala Harris is on the Ticket and Caribbean Girls Everywhere are Here for it]

”There’s just a lot of innate racial issues that really influence policies such as divesting from the police, and seeing how the San Ramon Police Department is spending an exorbitant amount of money for no reason. We could use that for real public safety ideas,” said Rajwade.

One idea? More mental health professionals of color who possess the cultural competencies to address the needs of students in the community. She goes on to note the necessity of intersectionality in policy, and how policies have to work together to achieve visionary change.

Looking forward, “I just hope people can take this candidacy, learn from it, and apply it to their own realities,” said Rajwade. “It’s given me a lot of perspective on not being afraid of believing in the vision of the world you want to have because if you can do it other people surely will too, and that’ll help to solve our issues today.”

As Rajwade notes, it’s a lesson in courage.

Ready to take part? Check your voter registration and request an absentee ballot here. The election may be on November 3, but if we want our voices heard this year, we must vote as soon as we can.