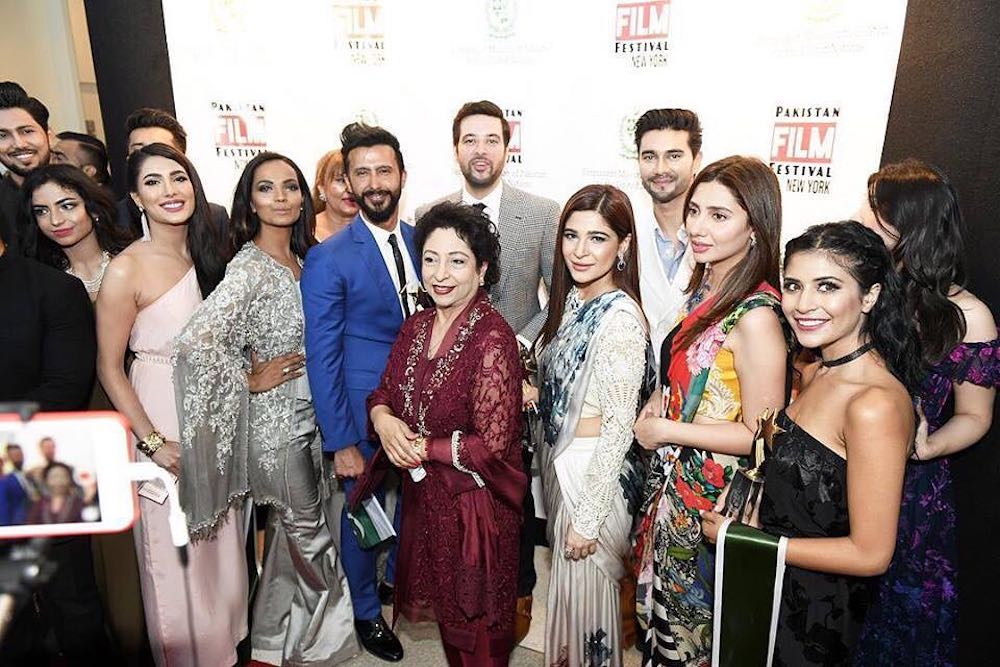 The second Pakistan Film Festival came to a close on July 9 in New York City after a two-day star-studded affair. The event, which opened on July 7, was organized by the Pakistani Mission to the United Nations and was held in New York City for the second time. Among those in attendance were Oscar award-winning filmmaker Sharmeen Obaid Chinoy, who led a segment entitled “Beyond the Oscars.” As a pioneer in her field, Chinoy candidly discussed the struggles she and others face in the Pakistani film industry, as well as some of her current and future works. U.N. Ambassador Maleeha Lodhi, whose tenure as Pakistan’s chief diplomat to the United Nations has been marked with a commitment to the arts, lauded the creatives for their commitment to the arts in their home country.

Last night at the grand finale of our Pakistan Film Festival pic.twitter.com/5ACR4pX2Qi

“Young filmmakers in Pakistan are producing an incredibly diverse and entertaining array of movies which are contributing to the cultural renaissance underway in the country,” she told the Associated Press of Pakistan.

[READ RELATED: “Cracking India” to “Earth” – A Look at the India/Pakistan Partition Onscreen]

With my girl!!! @mehwishhayatofficial at the Screening of her award winning movie “Punjab nahi jaungi” at #pffny18 in New York! ??#malihajkhan #mehwishhayat #nyc

Actor Mikaal Zulfiqar, who appears in two of the screened films, highlighted the importance of events like the Film Festival, which he said can shed light on “the other side of Pakistan” that’s rarely if ever covered by mainstream media. He added on his Facebook page:

“I am really enthusiastic to finally see Pakistani movies getting international recognition and visibility. More power to Pakistani Cinema.”

The Pakistan Film Festival closed with a reception at the United Nations on July 9 with diplomats, media and members of the Pakistani Diaspora in attendance.

[READ RELATED: ‘Yadvi: The Dignified Princess’ – A Film About a Real Life Princess Whose Life Took an Unexpected Turn]

“Cultural diplomacy is a vital part of any diplomat’s job which is aimed at winning hearts and minds,” the ambassador told APP.

During tumultuous times for international diplomacy, there’s hope that events such as these will only help raise the status of Pakistan’s arts scene domestically and around the world.