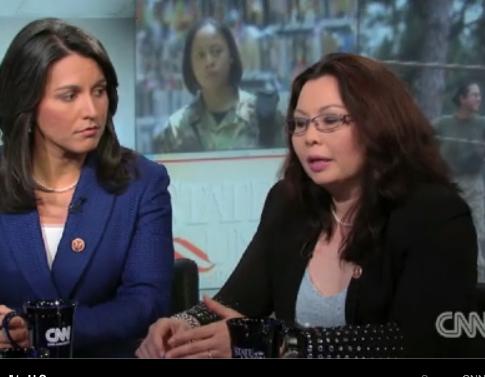 Discipline. Honor. Patriotism. Betrayal? With the recent surfacing of the worsening issue of sexual assault in the military, faith in our supposedly triumphant government has been lost. Frankly, sexual assault, crimes in which weak targets are sought, is a POWER issue, not a SEX issue. Commanders, the most common perpetrators, have the ability to fix this issue themselves; usually the issue isn’t even noticed until a report is made. If servicemen and women are supposed to be theoretically safe, there needs to be formation of an entirely different system. Thus, a safe, transparent, and accountable system needs to prevail at all times. Specifically, part of the solution should work to empower women, those who are most commonly affected, and allow for them to not only be listened to, but treated fairly as well.

According to Representatives Tulsi Gabbard and Tammy Duckworth, a staggering 26,000 cases of sexual assault were reported in 2012, with half of the cases being men. Spearheading the attempt to eradicate this problem from the military, Gabbard and Duckworth are female commanding veterans themselves. A recent interview on CNN with the two women revealed more about the issue and the desired plan of action that could begin to act as a solution to preventing such crimes.

In Rep. Gabbard’s opinion, a two-step system solution needs to take effect. First, and most importantly, a victim-centered response should take place in cases reported. Secondly, investigation of assaults and retaliation should ensue.

What should happen to those found guilty of sexual assault? “A definite dishonorable discharge, that is forever on record” states Gabbard. With the military itself not being capable of solving such a heinous problem, a check in balance to help take care of service members should be instituted. With such, an outsourced investigative body would be able to effectively review reports and would not allow commanders to overturn any findings.

As sexual assaults in the military prove to be the ultimate betrayal of those appointed, a deep scrutiny into the world of commanders and perpetrators must proceed. Furthermore, with the ban against women in combat having finally been lifted, it is society’s hope that as more and more women rise into leadership positions, military leadership will itself become safe, transparent, and accountable for every action.