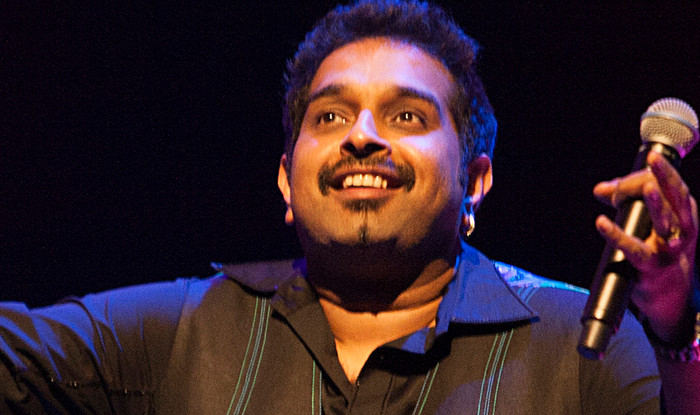 All images are courtesy of darbar.org

This year, London Southbank Centre was graced with the presence of Indian classical music maestro, Shankar Mahadevan to perform as part of the annual Darbar festival of Indian Classical Music, which was originally launched in 2005.

After a six-city tour of the U.S.A with his concert titled “Sabrang Krishna,” Mahadevan came to London with a classical concert titled “Krishna.” The expectations were very high from this expert in the field of classical Karnatic music who has also given a lot of super hit Bollywood songs. The Southbank Centre had promised the audience,

After paying respects to the esteemed maestro’s in the audience, Aruna Sairam and Hariharan, Mahadevan gave his first rendition, a Ganesh prayer. It is a superb classical song and the performance was spellbinding which clearly demonstrated the strong Karnatic music foundations of Mahadevan. I have to admit that experiencing this live felt supernatural and the musicians were just amazing and euphoric.

The concert was catered to all genres of music and moved from the south of India to the north. Therefore, a Marathi song was soon followed by a Bhajan Kirtan. It was mesmerizing how well the audience was able to join in with the singing as Mahadevan bellowed “Gunj ootha Royal Festival Hall,” literally translated as “the Royal Festival Hall has echoed!” 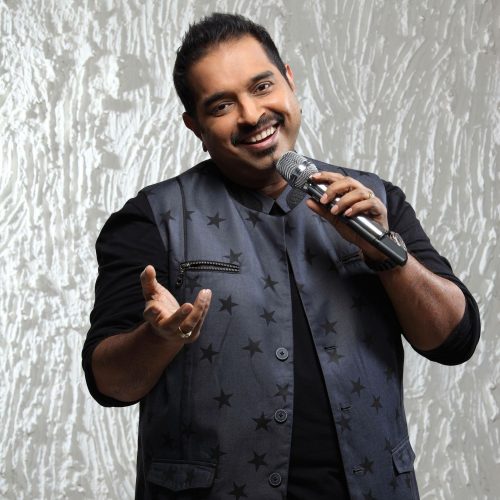 Mahadevan moved on to a jugalbandi with his musicians. This was pure bliss and a once in a lifetime experience! The musicians on the mrindangam, the flute, the tabla and the violin were all just marvellous.  The jugalbandi clearly demonstrated the prowess of the musicians, all of them delivering their parts to such precision with a certain ease, that silenced the audience.

Mahadevan’s youngest son Shivam Mahadevan made an appearance with a Marathi bhajan. While the 16-year old’s singing was very melodious, this probably was not the stage as it broke the high tempo and musical ambiance created by the jugalbandi.

The audience was also introduced to Ankita Joshi, a classical singer. Her bhajans were sung with intelligent improvisations and varying octaves and created a spiritual aura for the audience. She owned the stage with her dynamic voice and excellent vocal techniques.

Mahadevan re-entered and delivered a couple of Bollywood songs, starting with a song on mother from the movie “Taare Zameen Par” (“Ma, meri ma”) which silenced the audience and transported us to a celestial plane thinking about the role of a mother in every person’s life! Singing a Sufi song with a mention of Lord Krishna, Mahadevan made us realise the interesting aspect of the interaction between religions. Lastly, Mahadevan finished off with a classical song and a jugalbandi with the flute and the much awaited Breathless song which brought the concert to a close.

The concert transformed the Royal Festival Hall into an extraordinary experience. The gifted singers and the talented musicians brought souls into their vocals and instruments respectively. The theme of Krishna had promised to give the audience a spiritual ambience and the concert did exactly that.  With the exception of the bias towards Marathi language songs, Shankar Mahadevan and his musicians, however, had the audience engaged, invigorated and silent, all at the same time!

The Darbar Festival 2017 continues to play in London at Sadler’s Wells. To reserve a ticket, visit darbar.org/DarbarFestival2017.

Vineeta is a successful scientist working in the field of neurodegenerative diseases and cancer with a PhD in Genetics. She has authored several scientific articles and has now taken up writing for the Brown Girl Magazine in order to express her opinion and ask the question why to the rules, traditions, and customs defined by the society. She often wonders why we even have the need for the word “feminist.” She is a daughter of brave parents who supported her decision to relocate to the United Kingdom from India at a very young age; a wife to a husband who wants to see her being successful in her career; and a mother to a daughter.