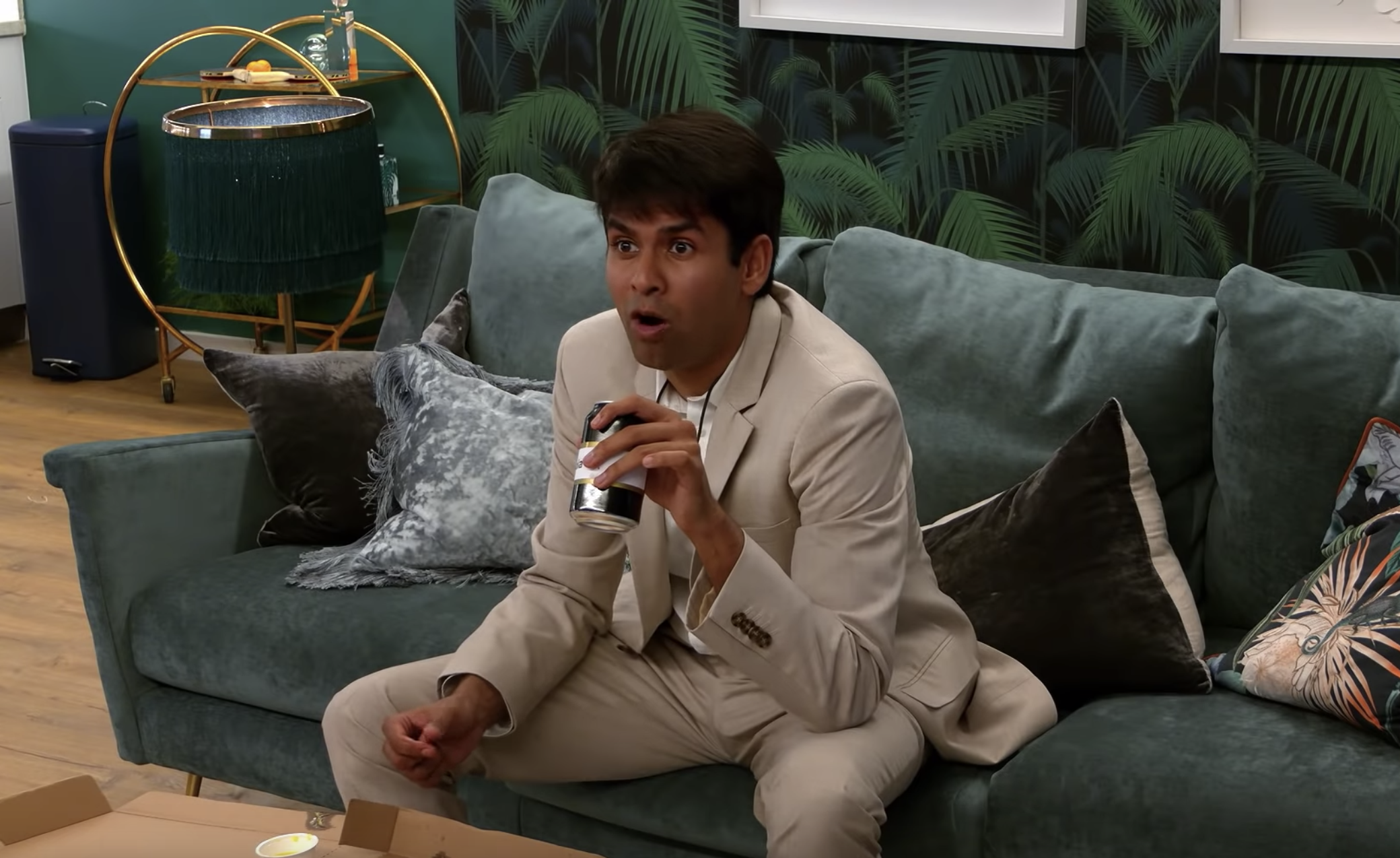 Shubham Goel AKA Shooby has stolen my heart. If you’re a fan of reality television and wholesome content, please watch “The Circle” on Netflix. The best way to describe is it’s like “Big Brother” meets “Catfish.” Contestants move into the same apartment building but are not allowed to meet or even speak to each other. Their only means of communication is through The Circle, in which they make profiles, like the ones we make online. You just never know who you’re talking to. Throughout the competition, players rate each other and this is how players get eliminated. Last player standing wins 100K. There’s cameras and mics everywhere. It’s Reality TV gold.

As you start this wild series, you become a fan of every single contestant on the show – to Joey’s flirtatious personality, Chris’ amazing one-liners, and the spectacle that is… Seaburn AKA Rebecca.

Throughout all of this, one person stood out to me: Shubham. He caught my heart; I was cheering for him loudly, texting my friends to watch the show, tweeting constantly in support, and laughing at everything he said. I screamed when he told everyone he ran for Governor of California. “OF COURSE YOU DID,” I yelled at my laptop. I got teary-eyed when his dad called in and kept calling him “gudda.”

In my mind, we’re best friends and I protect him because I have taken the role of his older sister.

So, I interviewed him.

Did you watch Bollywood movies growing up? If so, what’s your favorite?

When is your birthday?

(Editor’s note: Who knew a LEO could be so adorable?!?)

What’s next for you? Are you going run for president? Doing a Ted Talk? Exploring Europe?

(Laughs) Not sure actually. Just back to work and taking everything a day at a time. I would love to do more television and film If I can get the chance. At the end of the day I am just grateful for it all.

Watch @thecirclenetflix this January on Netflix and see how the game plays out. #socialmedusa #thecircle

How was the casting process?

Casting was amazing! I absolutely loved the casting process because I got the opportunity to meet so many great people behind the scenes and explain my purpose and strategy going into The Circle. Casting for The Circle is essentially multiple levels of interviews where you are asked questions so that Casting can get the whole story behind the person.

How long did you film?

Filming was for about 15 days and we were kept in hiding for about 2 additional weeks.

How did you keep yourself entertained throughout the day?

Truthfully I never got bored (laughs). I’m a huge sports guy so I brought my ping pong racket and played hours and hours of ping pong against the wall. The rest of the time I was so engaged in my relationships of the Circle and the game.

You were definitely one of everyone’s favorite, did you expect that?

No, I actually didn’t. I’m terrible at first impressions and thought I would not translate well through the screen. The only thing I could control is my effort towards the game and my connections with other people. I’ve come to realize that no matter what any of us do there will always be critiques but I am at peace with my time in the Circle.

Felt luck the luckiest person to be given the chance to go into The Circle! Happy thoughts and thank you to everyone so much for the really sweet messages and comments. Means the world! #thecircle #thecirclenetflix #thecircleus

For someone who was so anti-social media, you became a pro. Did this change your mind on social media?

Yea I definitely grew so much as a person in The Circle. I came in extremely against Social Media AKA Social Medusa because no matter where you come from or what you do, social media is harming your mental health with its casino related addiction mechanisms. I have come to realize that there are positive aspects of Social media such as connecting the world, amplifying voices, and raising money for charities. I do however believe there are still cons of social media including influencers manipulating society and the youth by selling a new pair of socks or vitamins every other day that they would not even use themselves. These products have turned into just a paycheck for many influencers.

We rarely ever see Indian men on TV that aren’t made to be sexy, have an accent or play a terrorist. Did you keep this in mind when you were being cast? Were you scared that the producers may have wanted you to be a stereotype?

The producers for ‘The Circle’ are absolutely phenomenal. What I loved more than anything is they were so on board for me to be myself completely. I hope that I got to be a good representation for Indian Americans and India because I got to be myself and nothing different.

Did you have a prior interest in media/being on television?

I love movies more than anything and always wanted to be on a game show like this or in the movies/television. I never thought in a million years I would get the chance so I feel like the luckiest kid in the world to be given a chance to compete in The Circle!!

The fact you made PBJ’s for possible visits is peak desi parenting pulling through – did you tell the others you were making food?

(Laughs) I actually don’t remember if I told people if I made PB&J’s for people. I know I told the other contestants I was making PB&J’s for myself since I did not know how to cook so my options were exceedingly limited. I wanted to make food for eliminated players because I know it must feel so awful to get removed from the game. I wanted to give them some sort of positive final experience before they leave.

I have learned so much from these 4 and the rest of the cast of The Circle. These are bonds I will carry. Full circle

We talked pretty frequently in chats in the Circle. Just depends on how many activities, blockings and games are in a given day of filming. Yes we have a Instagram chat with the whole cast where everyone is always buzzing with energy and good conversations!

You made connections with everyone, especially Joey and Rebecca. What drew you to them?

Joey and I are completely different in every way which is why I think we were so drawn to each other. When I got last place on the first night, Joey was there for me and our friendship continued to grow as we were extremely open with each other. Joey was so much more than his first impression and I truly understood him. Rebecca AKA Seaburn is the person who was most alike me in the game. We both are people who like things like Marvel and sword fighting and I believe our bond was so pure because we took care of each other in the game.

How are you so happy? What advice would you have for other people who struggle to feel empathy for others, or be too poisoned by social media?

Oh, I really appreciate that! I often think the world is not black or white but full of grey. I just choose to focus on the positive and understand all sides. My advice for other people is to take a step back out of the social media world and realize we are all the same going through the same stuff. Social media creates a false sense of comparison. Just take a step back, listen and enjoy the world.

What is your favorite song, favorite movie, and favorite food!?

Ahhhh, I get so scared to lock in favorites, but I will try! Favorite song: ‘The Promise’ by When in Rome. Favorite movie has to be ‘American Beauty!’ I love the relatable themes of Suburbia and artificiality it tackles! Very relevant to our modern digital world! Ayyyyyy yoooo yoooo.

What is it like watching all of the episodes? Are you screaming/surprised/upset at what everyone was doing in their own rooms, catfish or not?

So trippy and exciting to watch the episodes now! It’s like an out of body experience but the show is so good! The push up contest where I was the only one doing the push ups had me dying! I was so wrong about so much in the Circle. I’m extremely humbled and grateful for an experience of 10 lifetimes.

Do yourself a favor, and watch Shubham Goel on the “The Circle,” streaming now on Netflix.