In the News Politics Social ActivismApril 23, 2021 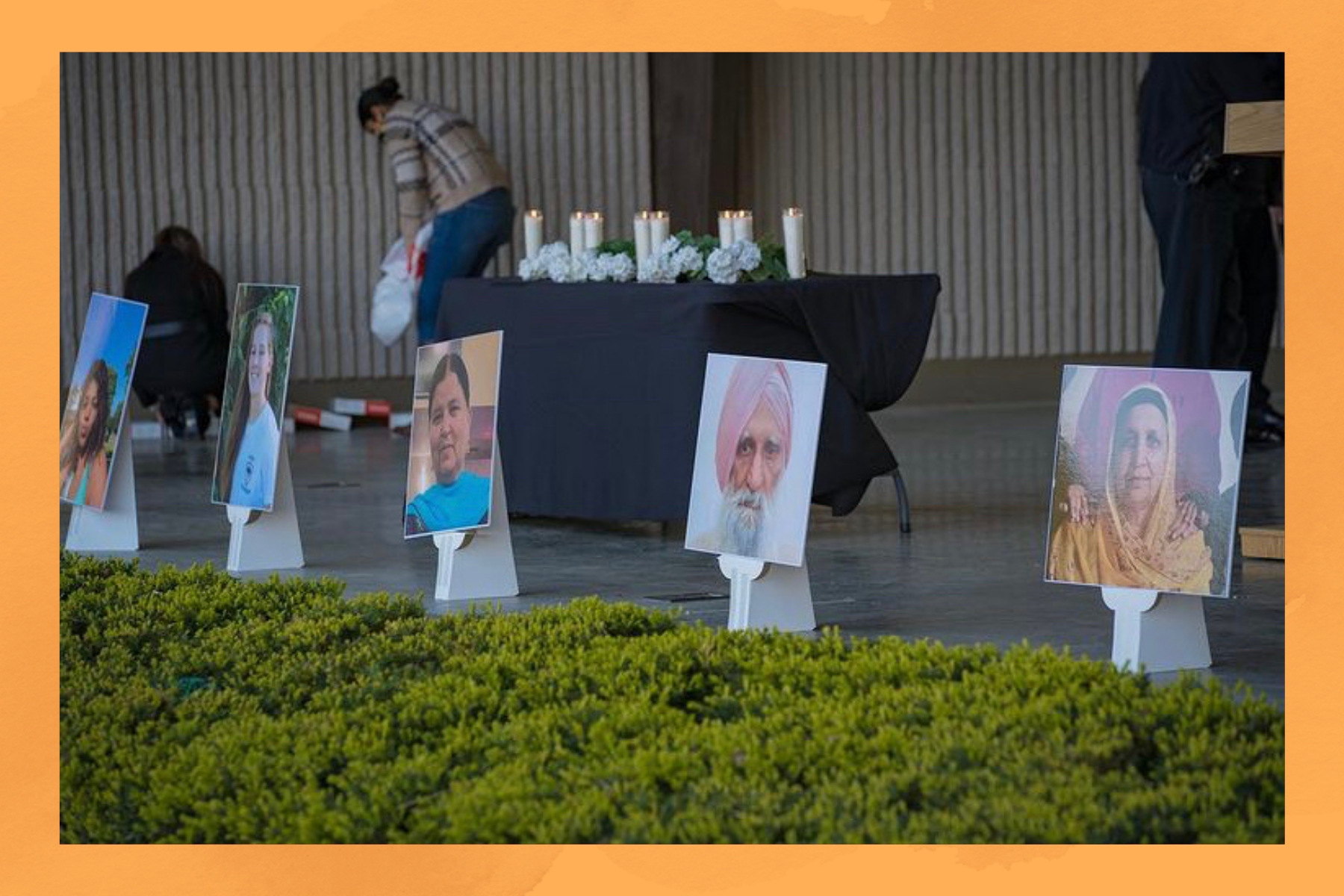 Photo Caption: Victims of the FedEx shooting were honored at a community vigil in Greenwood, IN on April 22.. Photo Credit: cybilandbrandon.com via Sikh Coalition Instagram

On April 13, Sikhs around the world began the celebrations for Vaisakhi, one of the most important holidays in the Sikh calendar that marks the start of the new year and the first harvest. Two days later, on April 15, eight people—Samaria Blackwell, Karli Smith, Jasvinder Kaur, Amarjeet Johal, Jaswinder Singh, John Weisert, Amarjit Sekhon and Matthew Alexander—were shot and killed in a FedEx warehouse in Indianapolis, IN. The suspect, 19-year-old Brandon Hole, an ex- FedEx employee, was found dead from an apparent self-inflicted gunshot wound. Of the eight victims, four were Sikh. In fact, Sikhs make up 90 percent of the employees at the warehouse.

“On behalf of our entire organization, we are deeply saddened by the loss of eight lives in Indianapolis last Thursday. We mourn those who were lost, and extend our hearts and prayers to their families, those who were injured and are recovering, and those who witnessed the attack. Moving forward, the Sikh Coalition is working to provide direct support to the Sikh community in Indianapolis. We also continue to call for a full investigation of the shooting, including the possibility that bias may have been a motivating factor.”

The Sikh Coalition, along with 47 other advocacy, civil rights, community, legal, and faith-based organizations, sent letters to FBI Agent Paul Keenan, IMPD Police Chief Randal Taylor, Indiana’s entire congressional delegation and state legislature, Gov. Eric Holcomb, and Major Joe Hogsett. They asked for the investigators to look closely into the shooter’s past and possible racial motivations. It was found that approximately a year ago, Hole’s mother believed him to be suicidal, and officers found white supremacist websites on his computer.

On April 23, the FBI responded to the Sikh Coalition and committed to a full investigation of the attack, including looking into “all bias motivating factors, among others.”

Other community organizations have been in crisis response mode, trying to relay accurate information about Sikhism to media outlets, lobby law enforcement, share resources via social media, contextualize the history of violence against Sikhs in the U.S., and provide a how-to guide for pronouncing “Sikh,” and show solidarity. For example, on April 22, Revolutionary Love Project and Faith in Action sponsored a virtual interfaith vigil to grieve and stand in solidarity with the Sikh community.

Komal Kaur Chohan, the granddaughter of shooting victim Amarjeet Kaur Johal, was also present at the vigil to share her story. She was joined by Pardeep Kaleka, son of Satwant Singh Kaelka, a victim of the Oak Creek incident, and Rana Sodhi, brother of Balbir Singh Sodhi who was killed in the Phoenix incident. Faith leaders from different traditions were present to stand together, heal, and fight against white supremacy in light of the Atlanta spa shootings, the verdict convicting Derek Chauvin, the shootings of Daunte Wright and Adam Toledo in Minneapolis, and the killing of Ma’Khia Bryant.

The advocacy and work by coalitions, community organizers, and organizations to combat anti-Asian American hate seems to be influencing federal legislators, as well. On April 22, the U.S. Senate, in a bipartisan 94-1 vote, passed the COVID-19 Hate Crimes Act, a bill intended to combat the rise in anti-Asian hate crimes by creating a new Justice Department position to respond to the violence. The Act also calls for better collection of anti-hate crime data and the establishment of a hate crime telephone hotline. A similar version of the bill was introduced in the House, and both versions of the bill will need to be reconciled and signed by President Biden to go into effect.

To donate to the families affected by the Indianapolis FedEx shooting, please click here.