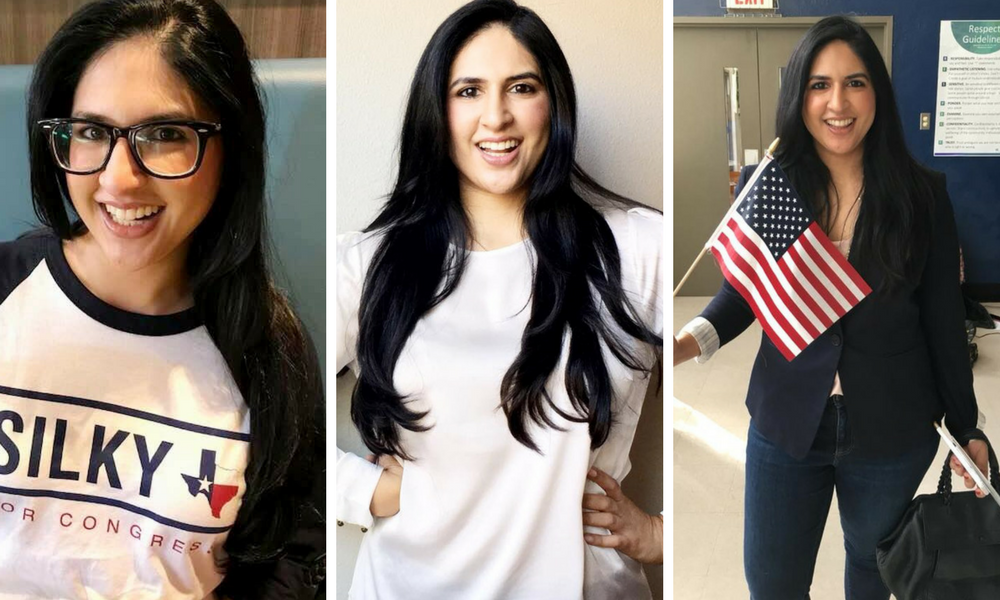 On March 6, 2018, Texas Democrats showed up in droves for the midterm election. The irresponsible, at times unconstitutional, moves made by the current administration motivated more than 1 million Democrats to hit the polls, resulting in the highest Democratic voter turnout in a midterm primary since 1994. More than 2,700 of those voters cast their ballot for Silky Malik, a former teacher, and Houston native, who ran for a seat in the second Congressional District. Though Malik finished in third, she walked away from the race with a renewed desire to give back to others and to help her community—during the Trump administration and beyond.

So, what made this teacher with no prior political experience suddenly decide to run for Congress? Malik credits her motivation to recognize that the political machine that helped elect Trump is flawed and in desperate need of change. Determined to be an instrumental component of that change, Malik focused her campaign to show that progressive values can benefit all Texans. She hasn’t given up yet, so don’t be surprised if you open your newspaper in a few years and read about how Congresswoman Malik’s is helping pass historic universal healthcare legislation. In the meantime, here are five things you need to know about Malik, her run for Congress, and why this won’t be the last time you hear about her.

1. The “Muslim Ban” Was a Game-Changer

While she always wanted to go into politics, Malik says she didn’t think she’d be entering the political stage so soon. (Then again, she never believed that Donald Trump would ever become president.) When the reality of his presidency set in, though, Malik felt an overwhelming amount of sadness at what she felt was the death of the country’s true values. Malik says the unconstitutionality of Trump’s Muslim ban hit especially close to home, as her husband and his family are practicing Muslims. But it was the ambivalence and indifference of many around her that set her into motion.

“Not everyone I spoke with [about the ban] agreed with me,” She says. “That really highlighted that sometimes even if you think you belong to a group, you might not and that upset me more than I anticipated.”

3/10 I love that in this country I was able to meet and marry my husband (I’m Indian, he’s Pakistani; we’re different religions). In other countries it’s not so easy to love or marry who you want (love you too, babe) pic.twitter.com/vbLYikKQg3

2. She Went Against Professional Advice to Prove Anyone Can Run

Identifying the lack of both a female voice and immigrant voice in the district, Malik wanted to represent both minorities. In doing so, she hoped she could also help bridge the gap between liberals and conservatives in Texas. But when speaking with a political consultant early on, Malik says the consultant told her it would be a waste of her time and her money to run. Needless to say, she wasn’t having any of the negativity. So, she gave the consultant the boot and ran, anyway. Even if she lost, she says, she hoped she’d inspire others to step up to the plate.

“Progress happens one inch at a time and if I could be the catalyst that’s freaking awesome.”

This world was built by people determined to accomplish the impossible. Running for #Congress to fight for representation, accountability and transparency isn’t that different: seems impossible, but I’m gonna fight like hell to make it happen #silky4congress pic.twitter.com/7yryscSjnV

[READ RELATED: 7 Bada** Successful Women Who Were Still Figuring It All Out In Their 20s]

3. She’s a Champion Against Fighting Sexism

The campaign trail was filled with various ups-and-downs, and Malik faced sexist comments online and in person regularly. One particular day, her husband came up to her and her staff and said, “I know sexism was a thing, but I didn’t realize it was this big.” One common occurrence was the presence of sexist trolls on her social media—something Malik recognizes that her male counterparts didn’t have to deal with.

But with bad also comes good, and Silky says the best part of running was seeing the number of women excited about her candidacy. She recalls a story of a woman in early 20s, who was so happy and starstruck to meet her. But Malik considers herself just a normal person who decided to run. She encouraged every woman she met on the campaign trail: You can run, too. She hopes her candidacy has inspired a chain reaction.

“Things change where there are more women in power. I hope that 2020 holds a lot of opportunity for women to step and run and to show that you don’t have to be pale, male and stale to run,” Malik says, citing a phrase she picked up as a fellow for the New American Leaders, an organization that  helps guide immigrants and children of immigrants run for political office.

4. She Knows Exactly What Would’ve Been on Her Agenda as Congresswoman

Malik stresses the importance one particular value: accountability—which, she says, is possible with something as simple as holding quarterly town halls. She believes that these town halls will go a long way to make people feel connected to their government. Other things on her to-do list: Pushing for universal healthcare and fighting for stronger infrastructure to prevent catastrophic destruction from natural disasters—ensuring there isn’t another post-Hurricane Harvey situation. Ultimately, she believes we need to figure out a way to change culture in what it means to represent people, and that involves many routes.

1/11 Universal medical coverage is the right answer for America. We’ve discussed how U.S. results lag our developed market countries, and how U.S. healthcare is more expensive to boot.

What’s next for Malik? Thought reasonably disappointed from her loss, Malik remains optimistic and determined. The outpouring of support, she says, fills her with immense hope to run again.

“I’m a glutton for punishment,” Malik says. “I’ve been trying to feel like crap, to feel sorry for myself but the universe won’t allow it. Everyone has been so kind and supportive.”

Malik says she hopes to be a pioneer for women, specifically South Asian women, to run for political office. While Malik does plan on running again, she doesn’t know when or for what just yet. What she does know is that there’s a lot of work to be done in the country, and she’s up for that challenge.

10/10 We have work ahead of us, and it is on us to help America live up to her promise, but for right now I want to say: I love this country, happy Valentine’s day America pic.twitter.com/Cmn06tEEs6 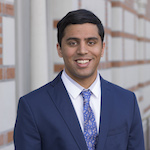 Zohaib Qadri is a graduate student at Rice University in Houston, Texas. When he isn’t in school or running around working on campaigns, you can find him going for a run around Houston or eating all the donuts in the world and watching Netflix. Check him out on Twitter @zahmadqadri19.