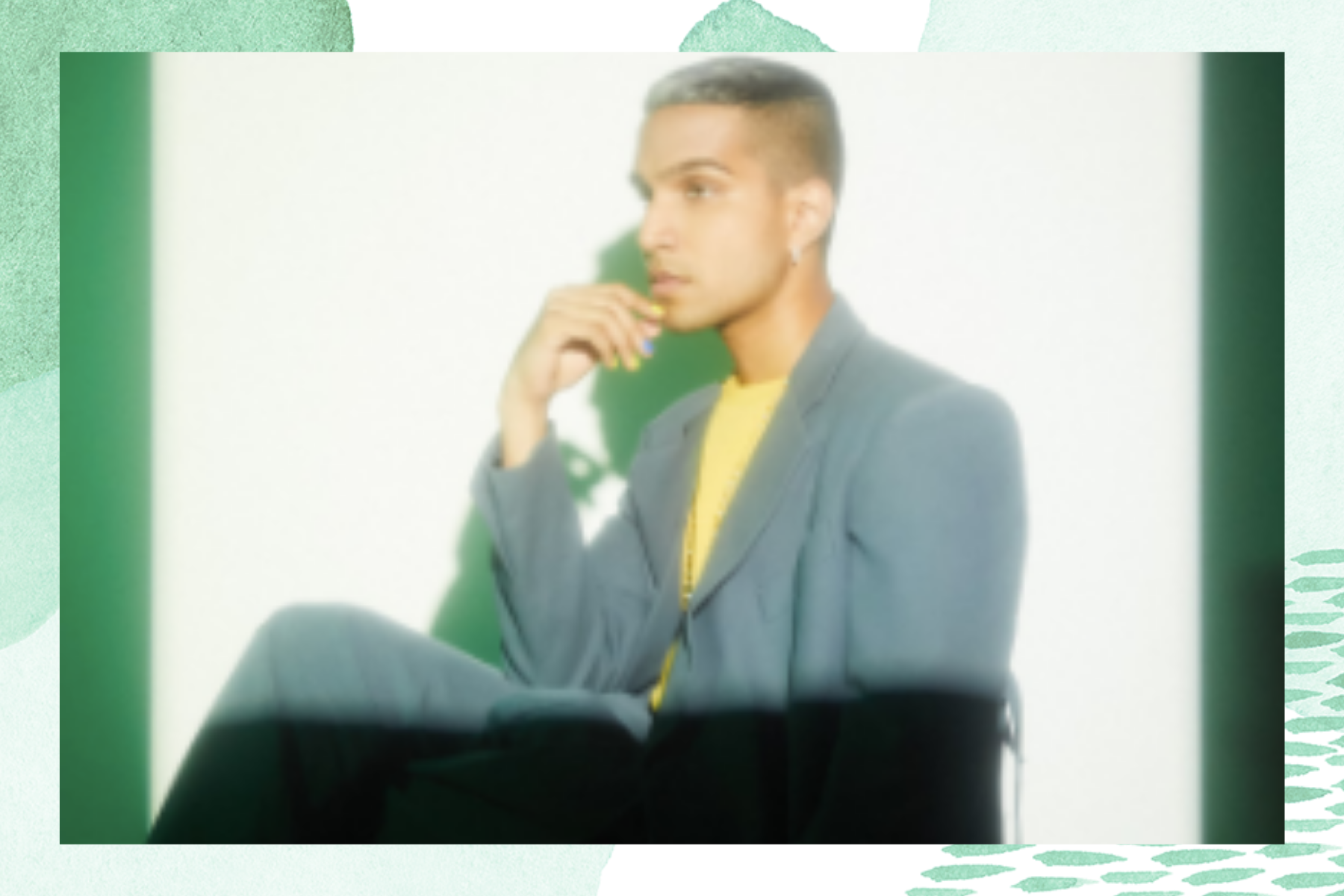 Singaporean artist Yung Raja is the epitome of amalgamations, from his bilingual life of color to the many odes to his favorite memories in his music.

Hip-hop has been integrating sounds from around the world for ages, be it samples like “Sanam Re” in “Whoopty” or nods to other cultures through sonic additions and linguistic references. As the genre and culture permeate communities near and far, storytelling and flow are far from foreign.

Tamil is a language whose consonants, pace and tonality lend themselves to art forms like rap naturally. The articulation of certain words lands parallel to none, and Yung Raja is committed to delivering the sounds of his homeland to the world. From his hit singles “Poori Gang,” “Mustafa” and “Mad Blessings,” he’s received international love to the tune of more than 11 million plays and cosigns from the queen herself, M.I.A, and many more.

We sat down with Yung Raja to talk about his new single, “Mami,” his journey, his team and his favorite Singaporean treats.

You started out on screen but not for music…where did it all begin?

I didn’t know what to do with my life. I was acting for about eight years. My mom always told me I was destined for entertaining. I would do all these commercials and play all the small roles in movies and stuff like that. Then my best friend was like, “yo, you should try rapping for real and we should both do it together. And we should post it on Twitter.”

We posted a video on Twitter and it just went viral. It was trending in Singapore and Malaysia. I was like “What?! This is crazy; people like what we do, man. Let’s do more of this.” and then it just snowballed into something else.

We went to Malaysia and it was crazy. They showed us mad love; we couldn’t believe they knew who we were. There was this one show that we did in Malaysia, sometime around August 2018. Like 5,000 people came out. Mustafa was already out and people were singing, like they were rapping along to Mustafa and these people didn’t even know Tamil. They were Malay Malaysians.

That was when I knew…okay, I’m a full-time hip-hop artist now.

Many of your songs make references to Tamil media. How prevalent was Tamil pop culture in your life?

Tamil pop culture was the only thing that I was consuming all the way to like 2011. I didn’t listen to any English music at all to be frank with you, because I come from such an unadulterated super South Indian household. My parents and my family moved from South India, to Singapore, and ever since they moved here, they haven’t changed their ways. They’ve just remained themselves.

I’ve always had the impression that people would try to fit into a new culture or try to change themselves and their livelihood. For some reason, my family didn’t do that at all. As a result of that, by the time I came around the household, the kind of conversations that we were having at home, the kind of music that’s playing, the kind of food that my mom is cooking, everything was like 100% South Indian.

I’m still the same way today, but at around 10 or 11, I took my sister’s Walkman to school without telling her. So I was on the way home and for the first time I heard rap music, “The Real Slim Shady Please Stand Up.” It was just vulgarities and bass and just an in-your-face type of energy. It was so distinct. So distinctly different from South Indian Carnatic sounds. Yo, like, I immediately had goosebumps. I was cold sweating.

I will never forget the moment when I first heard Eminem. That was the day where I fell in love with the genre of rap. It was visceral. Lil Wayne’s “Carter 3” changed my life. After that, it was hip-hop day in and day out.

Do you see the Tamil language as an integral part of your music?

If I stop putting Tamil on my music then it is not me anymore. I would never in a million years stop adding Tamil words, Tamil phrases and Tamil references in my music, because that is what makes me, me. And being a hip hop artist is always about representing the truest form of you, right. It’s always about representing the truth. My lyrics are fun, and cheeky. It’s just me being my best self — me being my most happy-go-lucky self — that’s how I want to keep my music.

My goal for my music to touch as many lives and to positively impact as many lives as I possibly can. That being said, no matter what my music becomes, no matter how it evolves, where it goes, I will never in a million years change the integration of Tamil. That is part of my blueprint, and it is what makes me me and that is something that I will take pride in to the end of me.

You landed a record deal with Alamo. What was that like?

I’m just excited and staying levelheaded, keeping my foot on the ground, checking in with my teammates to make sure that we are moving on a steady straight. But all that to the side, if you ask me how I feel about it. Yeah. This is fucking super wild. I don’t know what to say. It’s probably the craziest thing that has ever happened in my life. I have no words for it; I’m very fortunate to be blessed.

“Mami” is about to drop. What is the song about?

Yes, I’m excited for “Mami.” I’ve always been fond of the girls as a hip-hop artist and as somebody that has been in clubs and performing clubs for a long time. We try our best to make music for the girls. Like, if the girls want to dance to the song, if they want to hear your song in the club, you’ve already won, right?

“Mami” was a record that I made maybe like a year or two ago and the inspiration behind it is the fact that “Mami” means different things in different languages, right? So Mami could mean a very, very attractive girl in one language, but in Tamil, it has a slightly different meaning.

That’s exactly what I do. I make something that is super foreign into something that sounds familiar; I like the duality that comes with certain words. Deep down, I’m a super shy boy that is just looking for my Mami.

If we had one hour in Singapore, in your hometown, what would we do?

I would definitely bring you somewhere around Marina Bay Sands and go for a dope local meal. Singapore’s buildings are a little unique. I would drive y’all around and show you all the heartlands where people stay in flats — I’m pretty sure this is something that could be a slightly foreign thing to people from other countries. I will show you around Little India, where I live, where I grew up. Most of my friends that have come to Singapore are always pretty shocked at the cultural representation that we have here.

Number one on the list is A.R. Rahman sir. There’s just no one like him in the world,  period. Don’t even have to put him in a box of Indian artists. Like artists, period, there won’t be another A.R. That is my number one of all time, followed by Sid Sriram. I’ve never been that blown away by his voice, but especially when it comes to the Carnatic stuff that he does, I’m super, super blown away by him. Then, there’s some incredible Tamil rappers. The amount of talent is crazy.

From bringing his Tamil roots to life, to his avant-garde persona, Yung Raja is painting the world with the colors of his people, and we’re here for it. His newest single, “Mami,” is available on ALL streaming platforms here.