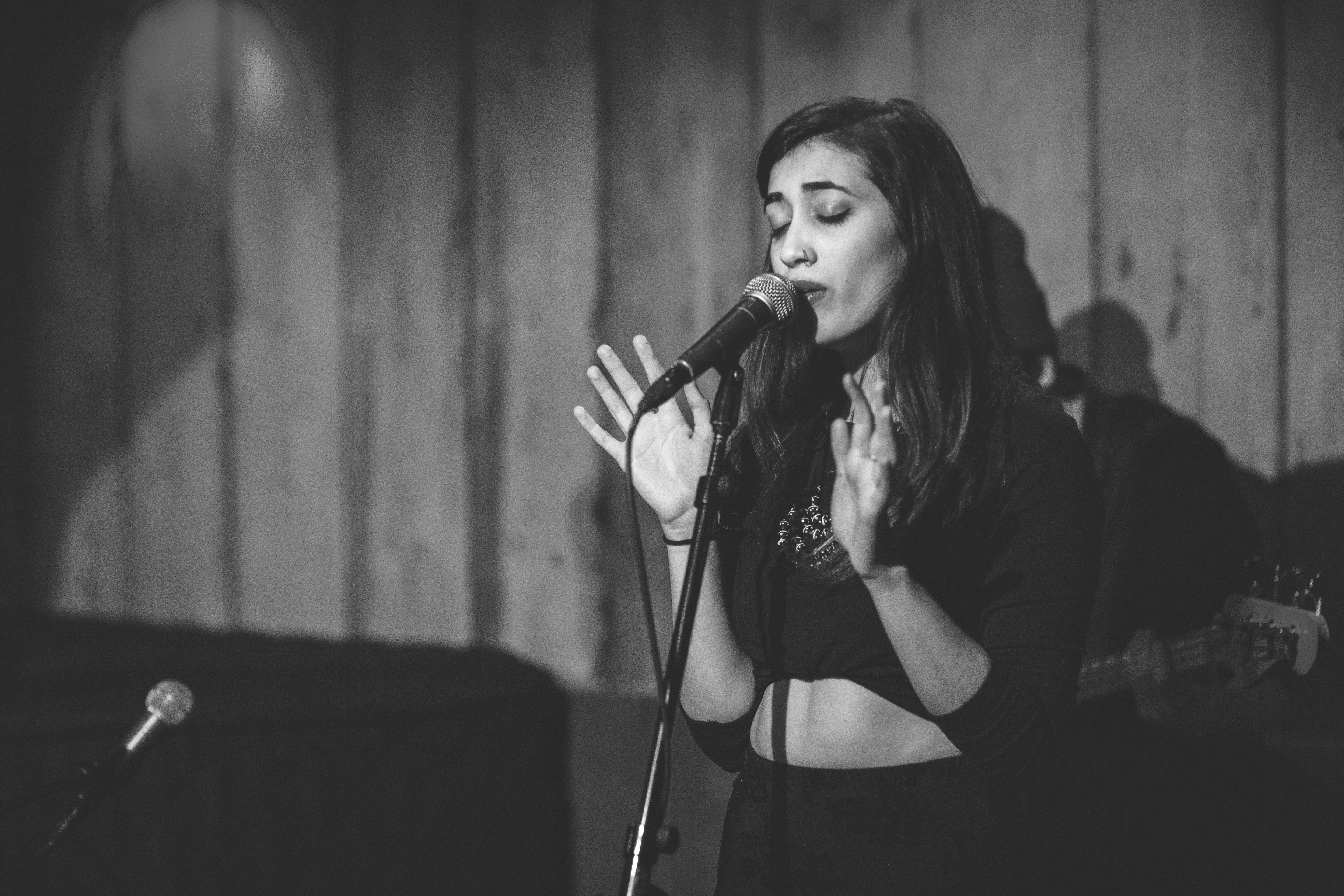 Raised in upstate New York, singer and songwriter, Ashni Dave, started her journey with music at the age of seven learning classical piano. After graduating and unhappily working at a corporate job, Dave realized that music was her true calling and decided to pursue it as a career. She teaches and performs regularly at venues around New York City, including Pete’s Candy Store and Rockwood Music Hall.

We had the chance to catch up with Dave and learn a little bit more about her musical journey in our FastFive series, which introduces budding artists/activists to the Brown Girl Magazine community.

1. What inspires you to write and create music?

I use songwriting to process a lot of my emotions or to express an element or lesson from a particularly heavy experience. I think about pain as a precipitant of a variety of responses – anger, anxiety, sadness, fear. When I’m writing, I’m processing maybe one specific response. I think about how we learn about ourselves and those we surround ourselves with. Sometimes I also write about the sweetness and joy in healing, so I can work on expressing those feelings! Also so that I don’t bum everyone out at my shows.

2. What do you hope people take away from your music and shows?

I hope they leave the show feeling a bit more connected to themselves, maybe because they had the space to just be, to escape stressors for a little while, or maybe – hopefully – they were able to relate to something in the music and enter a healing space.

3. Where do you see yourself and your music in the future?

Doing whatever allows me to create and grow. I plan on recording an album in the next year and continuing to play shows! I’m also planning a short tour in the fall with a fellow singer-songwriter, Neha. Those dates will be out soon!

4. Do you have any advice for people trying to write and create music?

I’m learning all the time how to be patient with myself. So, if I could offer advice, it would be to find and listen to artists who inspire you, and remember to practice patience along with your instrument/composing. That’s a whole thing, so I’m not trying to imply that it’s simple.

Something I heard recently that was super helpful – in an interview, Ira Glass (host of “This American Life”) spoke about creatives getting into their fields because of their good taste, that the work they first create is not going to be very good. There is a gap between the quality of work they make now and the quality of work they would like to be making, and the only way to close the gap is to keep making things.

A simple idea that was hugely profound for me. Hope that’s helpful to other creators!

5. What has been the most important thing you’ve learned since starting this journey?

I learned how to begin to really look at myself. Throwing out the definitions of success and “respectable” career paths that many of us are raised with in immigrant South Asian homes allowed me to break down a lot of other constructions I was operating in. So, I’ve become a little more connected to myself in the process of pursuing music, opening a channel that wasn’t always flowing before.

You can find Ashni’s music on Spotify, iTunes Music, Soundcloud, and YouTube.