“Sold,” a powerful and deeply moving film that serves to highlight child trafficking and modern slavery, had its U.S. premiere on April 1st at Village East Cinema in NYC. I was fortunate enough to be a part of the event on behalf of Brown Girl Magazine in partnership with MS Media. 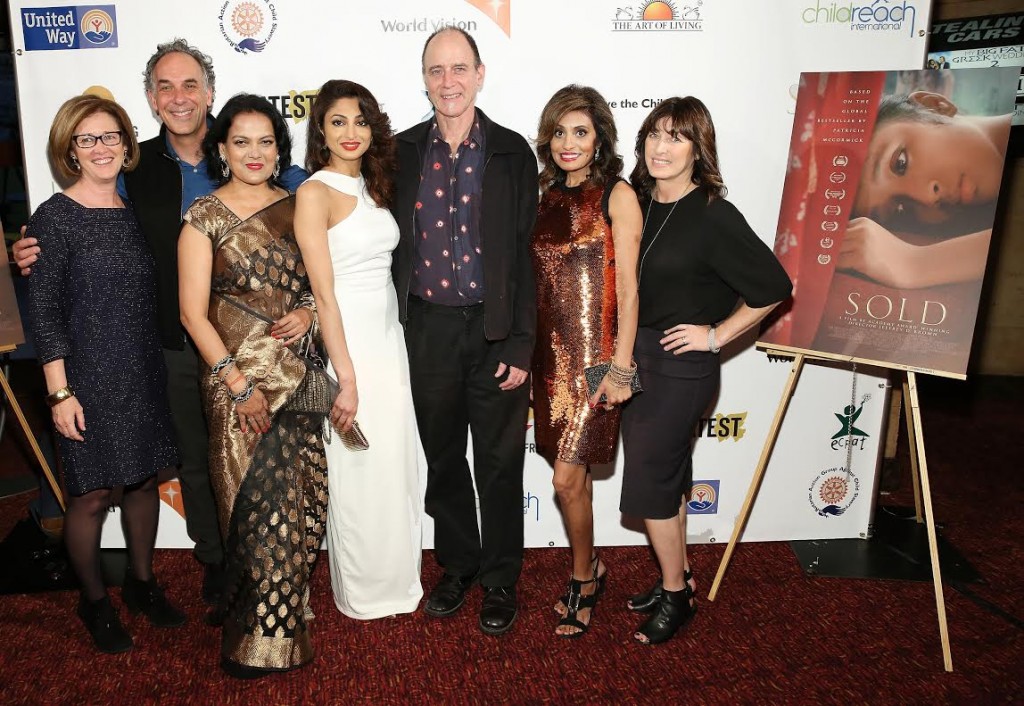 In attendance were members of the film’s cast and creative team including director Jeffrey Brown, producer Jane Charles, actors Neerja Naik, Seirah Royin and Sushmita Mukherjee, and Patricia McCormick, author of the book “Sold” on which the film is based. Joining the audience after a press screening for a brief Q&A, each spoke about their respective roles in the making of the film and the work that is being done to end trafficking in collaboration with the #TaughtNotTrafficked campaign. Their ultimate goals for the film and campaign include rebuilding schools to educate and raise awareness, which will keep children safe from traffickers, and helping to heal and empower survivors.

It was clear that this project was near and dear to all those involved. For the “Sold” team, this is more than just a movie—it is a cause they are dedicated to seeing through to the end, no matter how long it takes. And at the center of it all is a young girl who is a beacon of hope for the 5.5 million children forced into slavery in this day and age.

Directed by Academy Award winner Jeffrey Brown, “Sold” tells the story of Lakshmi, a spirited 13-year-old Nepali girl who is taken from her family and trafficked from her home village in the mountains to the bustling city of Kolkata, India, where she is brought to a brothel called Happiness House. The house is filled with other girls who have also been sold into sexual slavery and have no choice but to meet the demands and do the bidding of Mumtaz, the harsh and cunning madame of Happiness House, played by beloved Indian actress Sushmita Mukherjee, who brings depth and complexity to her character.

Though she initially resists her captivity, Lakshmi soon learns that she is no exception to the rules of the house: she must become a player in the cruel game she has been forced into or she will pay dearly for her missteps. What follows are various events in her journey from captivity to freedom. Niyar Saikia portrays Lakshmi beautifully and presents viewers with a striking point of view that both breaks hearts and brings hope. She endures the unimaginable that no child should ever have to experience, learns of harsh realities life unfairly offers, forms unexpected friendships, finds allies who lend their support in small but meaningful ways, and discovers her own strength along the way. And in the midst of all the sorrow and pain she deals with, Lakshmi finds moments of joy and light. She shines brightly despite the darkness which surrounds her.

Her contagious energy inspires the other girls to find their own strength too. Most importantly, she becomes her own hero. She is not saved by Sophia (Gillian Anderson), the American photographer  who sees her through the window crying for help and tries to rescue her. Seirah Royin’s character Mrs. Tripathi and her team at Hope House, which works to rescue girls like Lakshmi and her friends, are also not the ones to break her free. Lakshmi, clever and determined with an unbroken will and undefeated spirit, is her own saviour and it is a triumph that resonates with viewers and touches their hearts.

Producer Jane Charles notes that it is intentional and important that Lakshmi saves herself as it is meant “to be empowering for young people,” and undoubtedly, the desired effect is achieved in the way the movie unfolds. The story of Lakshmi is one that stays with you because she is not just a character in a film; she is as real as every child still in captivity throughout the world.

Even after the credits roll, the film’s mission continues. The cast and creative team work to follow through in their commitment to do what they can to end trafficking. In telling the story of one extraordinary girl, they are able to tell the stories of so many others who experience this every day and, hopefully, help to prevent it from continuing.

“Sold” is described by its creators as “a call to action, and a testament to the power and resilience of the human spirit.” There is no better way to put it.

Visit soldthemovie.com to learn more and take up the call to action.