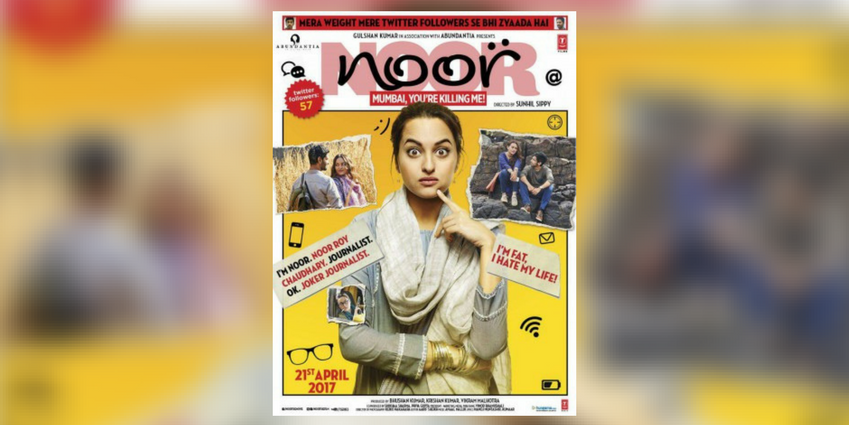 Sonakshi Sinha has always been a good actress. We’ve known that since her 2010 debut in “Dabangg.” But now, we know Sinha is capable of versatility.

In the last seven years, we’ve rarely been treated to a relatable character played by Sinha. Although she can’t be blamed, it was unfortunate to see her cast in redundant roles for the majority of her career. From “Dabangg” to “R… Rajkumar” to “Akira,” masala movies became Sinha’s forte.

Don’t get me wrong. Masala movies can be fun. But, in Sunhil Sippy’s, “Noor,” based off of Saba Imtiaz’s “Karachi…You’re Killing Me!” we finally saw her take the lead.

Noor Roy Chaudhary is the millennial we all know or can find traces of in ourselves. We know that we’re good and we always strive for more. We’re ambitious and yet a little cocky. And we struggle with finding the heavenly cure to hangovers.

Is it wrong to want something more? Not at all. Do we need to put in our due diligence? Of course. And that’s where Noor encounters trouble.

In her battle between ambition, ethics and love, Noor faces a serious reality check. While attempting to climb to what she considers real journalism, Noor pitches a story without completing any real research, revealing the dirty antics of a corrupt doctor to her editor, but she also dismisses the effects of the story on someone near and dear to her, later to realize her “lover” steals her exposé.

Navigating a career in journalism while balancing a social life are not easy tasks. The intersection of ethics, ambition and opinions, play a massive role in the decisions journalists make every day. Especially today. Noor’s conflicts stem from raw issues. Of course, films and stories do not always have to depict real, relatable or political events. But Noor’s script was drafted tastefully with a few shortcomings.

In comparison to Imtiaz’s “Karachi…You’re Killing Me!” I was afraid the film would veer away from the book’s themes. In some cases, it did, while the film was set in Bombay, the novel was based in Karachi, which played an integral role in the story’s development. Luckily, Noor’s writers didn’t venture far from the importance of the geographic location and weaved Bombay’s intricacies into the film’s core.

Although the stories from both the book and film were slightly different, the themes were fairly similar.

However, the solution to resolve her issues in the film was somewhat murky. What exactly was the video she presented at the end? A social commentary on the doctor’s corruption? Society’s negligence to face problems head-on? Was that the answer to her irresponsibility? Was this an attempt at the new wave of rebel journalism we’re seeing today? Was it even a story? Although virality and hashtags are common trends and responses to social issues nowadays, a little clarity would have been ideal.

Overall, Sinha made what could have been an annoying character cute, energetic and relatable. It was refreshing to see a new side of her acting abilities and we can only hope for more.

Oh and Kanan Gill. If you’re looking for a best friend, I’m happy to submit my application

Can I also add that I have a special place in my heart for M.K. Raina as the cute and cool dad he routinely plays?

Lastly, the film did leave me with an important question: How do people wear pencil skirts? I can’t breathe in them.
Rating: 3