I grew up in India, surrounded by stories and movies and media filled with people who looked like me. Well, skinnier, more beautiful, and of course lighter skinned than me, but like me nonetheless. The stories of my childhood were Amar Chitra Katha comic books, the Mahabharata and Ramayana stories my grandmother told, ancient stories that became woven into the fabric of me, but that had little to do with the actual life I was living.

The life I was living, the characters I could relate to in books written in the language I read and thought in (thanks to the medium of education colonization left behind) were white. This wasn’t an awful tragedy thanks to the aforementioned movies and TV and well, my physical world. But the idea that the white characters in the books I read and loved were neutral, colorless, relatable was so internalized after a lifetime of reading the books available to me that I didn’t ever give it a second thought.

Until in high school when I read MM Kaye’s The Far Pavilions. It was my first time meeting a book in my language (yes, English has always been most my language of all the languages I feel an ownership of) that was set in India. Albeit colonial India, off by a few centuries from the time I lived in, but India nonetheless. I recognized the places, the motifs, and there were characters in there that had names like mine. Even the heroine (not the hero mind you, but I wasn’t yet demanding then) was Indian. Well, half Indian, with a name (Anjulie) that could be westernized (Julie), but an Indian name.

My heart threw a party. Really, it did.

Then along came Vikram Seth’s A Suitable Boy. Still a few decades off from the time I lived in, but Entirely brown. As in, not a white person in sight. A story set in post-independence India, with Indian protagonists (so many of them!) who struggled with Indian problems and came up with Indian solutions. This was an Indian story and it was written in utterly beautiful prose and it made no explanations to anyone and the world actually wanted to read it. Something inside me changed when I read that book. An impossible thing became possible in my mind— for the first time in my life I believed that readers of English books might be interested in my own stories.
Then came Shobhaa De’s books which were actually set in my time and my city and they were bereft of oppression and destruction and poverty porn. It was just normal (well, normal in a page-turning fiction context but normal nonetheless) people interested in mundane things like destroying each other and jumping each other’s bones. And I was home.

Then I moved to America.

Where Apu on Simpsons belted out his accent alone, with not another brown-kinned person on TV or in books for company. Then I had children. Naturally I read to them. A lot. They were the only Indian kids in their school and in their books they were entirely invisible. My solution was to come home from my annual trips to India with suitcases of books. I even befriended a bookseller at this lovely bookstore in Khan market in Delhi on one trip and bought every single Indian middle grade and young adult novel he had in the store that was written by Indian authors and had Indian protagonists.

My children read these books. They even enjoyed a few of them. My children fancy themselves a cut above The New York Times in terms of literary criticism and given the slim pickings, they got the gamut. But to them these were stories about people who lived in a foreign land in a foreign time. They were still stories about other people. I hope that they had some value— those bags were heavy— but in the end it wasn’t exactly finding themselves in a book. Something I wanted for them so very badly.

When my daughter, an avid reader, was thirteen—having reached that age without ever seeing an Indian-American girl in a book— an Indian-American author friend mentioned Born Confused as the book that changed her life. I’ll admit to being a bit skeptical about the title, but I ran to the bookstore. I meant only to read a few chapters, just to make sure it met my mommy filter.

But I fell into the story quickly and hard, utterly delighted by Dimple’s baffled innocence as she navigated coming of age in a home that was at once hers and not hers. Then there was Karsh giving metaphorical form to the duality inside Dimple, the DJ (a DJ!) and the good son entirely comfortable with all his parts.

Yes, it was clever of prose and in turn laugh-out-loud funny and heartbreaking. Yes, it exploded the monolithic Western view of what being Indian means and what Indian values might be. But most crucially for me, it let me into the head of someone who navigated the kind of childhood isolation I had never myself experienced. Growing up Hindu in India is being part of a vast majority. For all the many ways in which every child and adolescent finds a way to feel like they don’t fit so they might learn to fit, I had never experienced being, on account of my appearance and my culture alone, a stark anomaly seen in my own home as a stranger.

But I was raising two human beings who were navigating that exact path.

Being an immigrant mom, naturally, I had considered this. But I had done it with the disconnected, albeit well-intentioned, objectivity of an observer. The great power of good fiction is giving you the experience of walking in someone else’s shoes and making you question not just your assumptions but your understanding of them. With Born Confused I walked in Dimple’s shoes and in doing so I also realized that I was neglecting to walk in my children’s shoes in important ways.

What had started out as a search on behalf of my child for a book she could find herself in ended up as a journey of understanding my children’s experiences in a way I had never before understood them. Or at least acknowledging that gap so I might navigate it with more awareness and hopefully more empathy.

Talk about a book that changes your life. 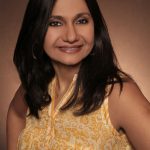 Award-winning author, Sonali Dev, writes Bollywood-style love stories that let her explore issues faced by women around the world while still indulging her faith in a happily ever after. Sonali’s novels have been on Library Journal, NPR, Washington Post and Kirkus Best Books of the year lists. She has won the American Library Association’s award for best romance, the RT Reviewer’s Choice award for best contemporary romance, the RT Seal of Excellence, and is a RITA Finalist. Sonali lives in the Chicago suburbs with her very patient and often amused husband and two teens who demand both patience and humor, and the world’s most perfect dog. Find out more at sonalidev.com.