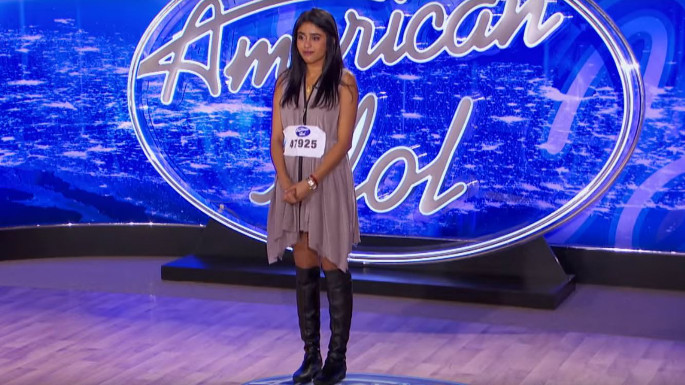 Fourteen seasons, millions of auditions, and millions of viewers—and yet, not once has “American Idol” produced a South Asian winner, let alone a contestant to make it to the top three.

In these 14 years, we’ve really only seen two South Asian finalists perform onstage for our votes and neither was able to develop a strong enough fan base. In fact, one of them became notoriously known as a bad contestant (sorry, Sanjaya). But this year, the final year of “American Idol,” could change that forever with the audition of Sonika Vaid, our new, favorite brown girl.

Vaid auditioned on “American Idol’s” season premiere last week, coming from Massachusetts to Colorado with hopes of becoming the next big music sensation. While her voice may not appear to be as powerful as past winners such as Kelly Clarkson, Jordin Sparks or Adam Lambert, she does have a hugely positive quality for the competition: she can easily improve as the weeks progress.

Now that might sound like an insult, but it most certainly is not. While there have been many music contestants who are consistently great throughout their run on their respective shows (Jordan Smith’s most recent win on NBC’s “The Voice” comes to mind), others who have shown that they are willing to learn and grow from the process of competing actually do better in the competition. We want to see a success story develop every episode—as viewers, we are more likely to become invested in someone whose hard work shows week to week, and we’re more likely to keep tuning in to see how much better they continue to get.

It’s already clear that Vaid has a beautiful voice—it’s strong, but not too overpowering. She has range but doesn’t overuse it, and she has heart but doesn’t overperform. Her audition song, Carrie Underwood’s “Look At Me,” both accurately showed her potential and was a smart move—using a slightly lesser known song from Underwood’s repertoire showed Vaid’s musical prowess and her attention to American Idol alums.

What Vaid can show the judges now is how much she can do with that voice. Can she give us variety in Hollywood? Will she show the judges and audiences that she is vocally and musically creative enough to take a song, flip it on its head and make it her own? That’s the kind of knowledge and passion for music that the judges (and we at home) want to see.

Think back to some of the artists who have won “American Idol” in the past: David Cook knew how to make a song his own; Adam Lambert couldn’t help but get creative with music week after week after week; and even past finalists like Jennifer Hudson (who unfairly lost the title) and Casey Abrams used their voice to own a record, even if it was iconic already.

Can Vaid prove herself worthy in that way and continue to show her sweet, passionate personality in her performances? Only time will tell. If she can get creative and improve with each performance, Vaid could just become America’s final Idol.

We’re rooting for you, Sonika! Rock the stage!<3