In the News Politics TrendingDecember 2, 2020 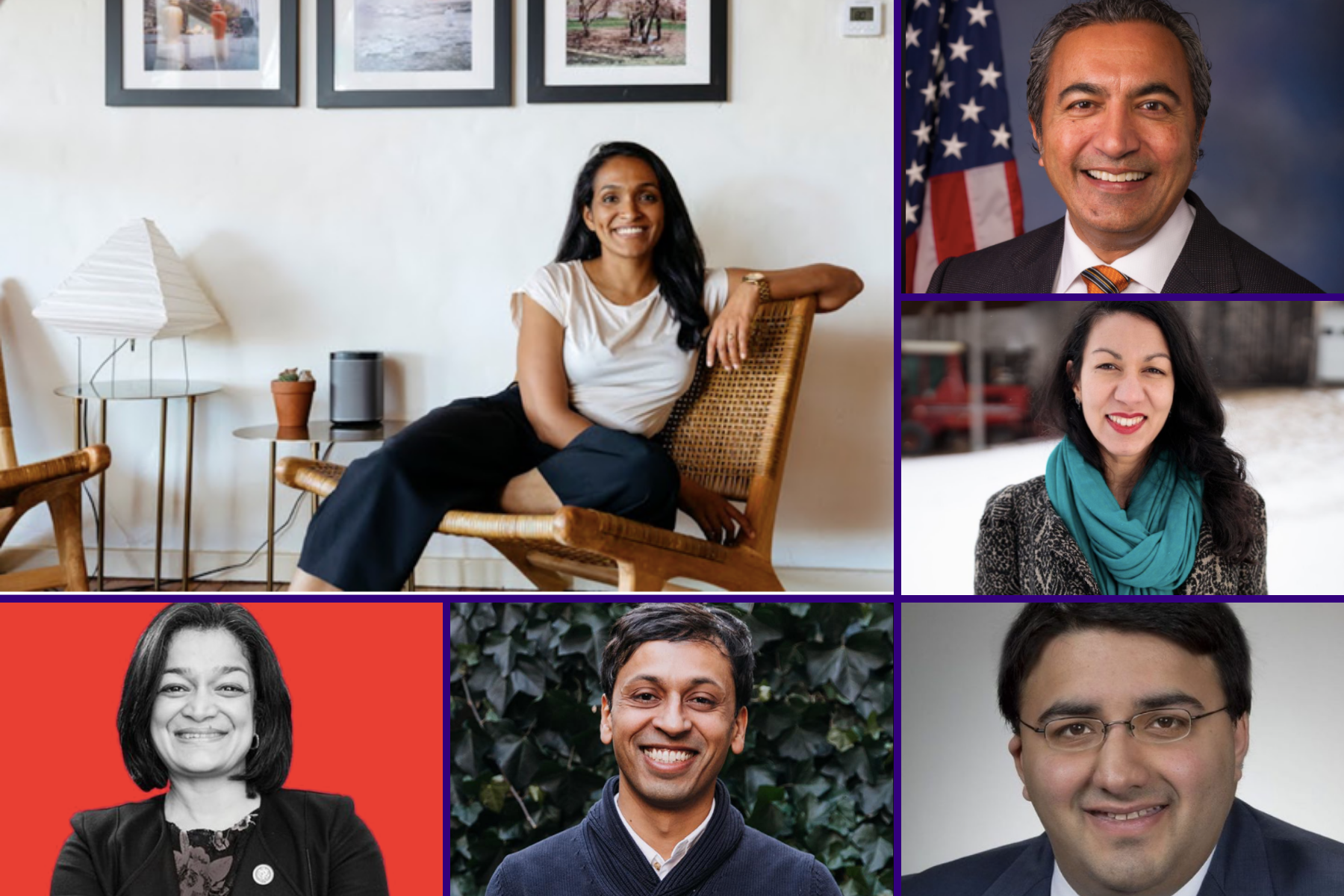 The following article is a list of South Asian American winners from the 2020 general election. The list is not exhaustive and will be updated accordingly. Please note that this article is not an official endorsement of any candidate by Brown Girl Magazine.

Farrah Khan was elected mayor of Irvine, CA. Khan grew up in the San Francisco Bay Area and worked in biotech before moving to Irvine. In Irvine, Khan became involved in several nonprofits and eventually ran for City Council, becoming the first woman of color ever to be elected to the City of Irvine. As mayor, Khan will continue to work on Irvine’s housing issues, make the city economically and environmentally sustainable, increase transparency and provide leadership on social justice issues.

Nithya Raman won her race to secure a seat on the Los Angeles City Council, the most powerful city council in the country. Raman’s platform focused on fixing the LA housing crisis and improving accessibility for senior citizens, creating a municipal ID program for immigrants and switching LA to 100 percent clean renewable energy.

I have countless people to thank individually. But for now, I just want to celebrate the joy of working with so many of you to fight for our city — and get ready for the work to come.

There will be joy in that work, too. Because we’re all going to City Hall together.

I am truly grateful to have won the election for State Senator! I am so thankful for all of my voters, contributors,…

Prior to his election as a state senator, Niraj Antani served as state representative for Ohio’s 42nd district. He was the second Indian American state elected official in Ohio history and the first Indian American Republican. Issues he focuses on include lowering taxes, reducing spending and creating a climate for jobs and growth.

The torch has been passed! It’s late, but here are the facts: tonight, we won the in-person election and with a 2:1 mail-in advantage, we can now declare victory in the 56th District for the NYS Senate. Thank you to the voters of Rochester. Let’s get to work. Onward! ?? #ROC

Jeremy Cooney was adopted from an Indian orphanage and raised in an Irish family. He started his career working on Capitol Hill for the late U.S. Congresswoman Louise Slaughter. As a state senator, he is committed to fighting for issues like quality public schools, affordable housing, universal healthcare and reducing our carbon footprint.

Zohran Mamdani was born in Kampala, Uganda and moved to New York City at the age of seven. Prior to his election to the New York State Assembly, he worked as a housing counselor – a role in which he helped protect immigrant families from eviction. In his new role in the State Assembly, he is championing housing for all, energy for all, feminism for all and transit for all.

Before getting involved in politics, Ranjeev Puri worked in automotive at the “Big 3,” where he helped Michigan prepare for the future of the automotive industry. Seeing firsthand the importance of this industry to Michigan, Puri was determined to run for office on the platform of keeping jobs in Michigan, keeping Michigan’s plants open and strengthening Michigan’s economy.

Proud to be included in “Women Who Won The Night” in the acclaimed @MsMagazine. We have shattered the glass ceiling this election cycle, there will be no limits to what our daughters can achieve! (Article by @CynthiaRTerrell of @RepresentWomen)https://t.co/AmEcp8E7jC

Prior to being elected to the state assembly, Jenifer Rajkumar was a lawyer, professor at CUNY, and former New York State Government official. As a lawyer, she fought corporate fraud and excess and advocated for workers, women and families in vulnerable situations. Representing Queens, she is committed to improving education, housing and transportation among other issues.

Prior to her election as a state senator, Kesha Ram was elected in 2008 to the Vermont House of Representatives as the first person of color in history to represent Burlington. Her agenda as a state senator includes immediate economic stimulus to promote COVID-19 recovery, racial and social justice, early learning investments, affordable higher education and environmental justice.

Writer and community organizer Nikil Saval began his political career as the first Asian American to be elected Democratic ward leader in Philadelphia. As an organizer, Saval fought for the rights of housekeepers and won back jobs for cafeteria workers. He was also a leader in Bernie Sanders’ 2016 campaign. As a state senator, he is committed to rebuilding schools, ending mass incarceration and fighting for universal family care.

Shri Thanedar was born and raised in South India and immigrated to the United States at the age of 24. Holding a B.S. and Ph.D. in chemistry, Thanedar worked in pharmaceutical and chemical research services before running for office in 2008 as the first Indian American in Michigan to pursue the office of Governor. Now as a state representative, Thanedar is fighting for criminal justice reform, environmental justice and auto insurance reform, among other progressive issues.

All four South Asian Americans who were up for reelection in the U.S. House of Representatives were reelected.

Congressman Ami Bera has represented California’s 7th congressional district since 2013 and is now the longest-serving Indian American in Congress. During his time in Congress, he has helped to return more than $5.2 million to local taxpayers and has expanded resources to connect unemployed individuals with jobs. Prior to serving in the House of Representatives, Rep. Bera worked as a doctor for 20 years.

Congresswoman Pramila Jayapal is the first South Asian American woman elected to the U.S. House of Representatives, having represented Washington’s 7th congressional district since 2016. She has been a leader on immigration and has championed legislation to address income inequality. Prior to serving in Congress, she worked internationally and domestically in global public health and development as an advocate for women’s rights.

We had a 77% win tonight. I am so honored to have such strong support and want to thank everyone in my district. I also want to thank Ritesh Tandon for a spirited race and hope we can bring the community together.

Congressman Ro Khanna has served California’s 17th congressional district since 2017. Representing Silicon Valley, he is committed to ensuring the technology sector is at the forefront of U.S. economic policy. Prior to serving in Congress, Rep. Khanna was appointed by President Barack Obama to serve as Deputy Assistant Secretary at the U.S. Department of Commerce. Rep. Khanna’s reelection bid was challenged by Republican South Asian American Ritesh Tandon, a rare instance of a South Asian American Democrat and a South Asian American Republican running against each other in the general election.

Congressman Raja Krishnamoorthi has served Illinois’ 8th congressional district since 2017. Among Rep. Krishnamoorthi’s priorities are growing and strengthening the middle class, rebuilding infrastructure and protecting Social Security and Medicare. Prior to serving in Congress, Rep. Krishnamoorthi worked in the Illinois Treasurer’s Office and as Vice-Chair of the Illinois Innovation Council. He also cofounded InSPIRE.