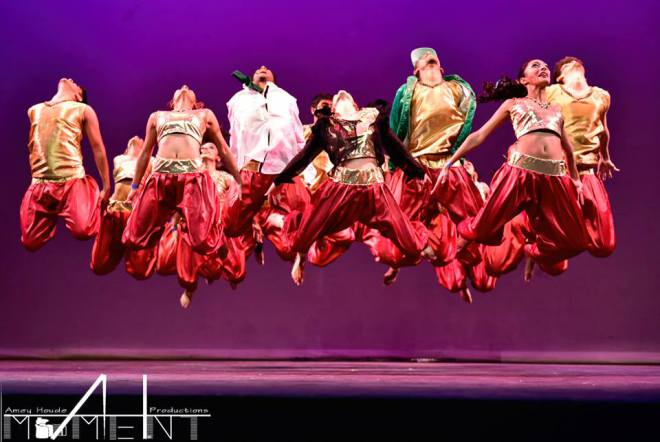 As a dancer myself, I have experienced just how liberating dance can be. I’ve also seen how it can be used to convey messages that sometimes may be difficult to otherwise address. I believe Ruth St. Denis, an American modern dance pioneer, put it best when she said:

“I see dance being used as communication between body and soul, to express what is too deep to find for words.”

These days, various dance circuits of the Desi Dance Network are up to some very big and upcoming things, moving along the progression of mental health awareness in the larger South Asian community. Now, why is this even important? I found three increasingly alarming statistics, all from the Asian and Pacific Islander American Health Forum (APIAHF). Firstly, South Asian Americans aged 15-24 were found to be more likely to exhibit depressive symptoms. Another APIAHF report found that young South Asian women had a higher rate of suicide than the general US population. And finally, South Asian Americans were the least likely to seek help; they had the lowest rate of utilization of mental health services offered. Take a moment to let that sink in.

The good thing is, however, that the South Asian dance team circuit isn’t taking these statistics lightly. Many teams have taken raising awareness about mental illnesses to the stage in order to show both older and younger generations just how important it is to take mental health seriously. I sat down and talked to members of two well-known fusion teams, the University of Georgia’s UGA Asura and the University of California San Diego’s UCSD Zor, who were among some of the first to shed light on such a dark topic.

In response to why mental health is important to her, Kavya Kandarpa of UGA Asura said,

“Mental health is overlooked a lot of the time because it’s not something physical that can be seen, like a broken bone. In our society, it can also be difficult to talk about an internal or personal problem because we unintentionally think to ourselves, ‘What will people think?’ or ‘Will people judge me if I tell them?’ or ‘How can I get someone to understand me?’ It’s important to start a conversation about mental health because it’s important to start talking about something to understand it better. We can become more empathetic towards others if we raise awareness of things that people may go through. Raising awareness doesn’t necessarily mean that we have to share our struggles, but it does mean that we can let the people around us know that we’re there for the people around us, and that we’re willing to understand and accept that people may be going through an internal struggle that we may not know about, and that’s perfectly normal.”

And she’s right. Mental illnesses are so culturally stigmatized that so many people consider talking about it as something that could ruin a family’s reputation and credibility, which of course isn’t the case at all. Mental health NEEDS to be talked about and badly. But what may surprise some people is that it’s not just the older generation that isn’t cognizant of mental illnesses, it’s ours too.

Mayank Gandhi, on UGA Asura, admits that he too didn’t realize just how prevalent mental illnesses are. He told me that, as a psychology major, he had been exposed to the scientific part of mental illnesses so he knew they existed. But it was only after being exposed to UGA Asura’s theme that he was able to understand better that mental health is an issue that needs to be tackled.

So what do people think is the solution to getting people to listen and speak up about mental health? When I talked to Payal Kela, lead dancer on UCSD Zor, she said that, when it comes to encouraging people to speak up about mental illnesses, one of the best things to do is let the person suffering know that they aren’t alone. She felt this first hand, as someone very close to her suffers from a mental illness. And there are multiple ways to do that.

According to the American Psychological Association (APA), some effective ways to do so are educating oneself about their particular mental illness, and in my opinion, the most important: engaging in honest open conversations. It’s important to remember that people with mental illnesses are still people. Too often, we want to take charge and assume responsibility for the individual and we forget that they still want and need to voice their own opinions. Asking questions such as, “What can I do to help?” and “What and how are you feeling” make a person feel more comfortable, as well as help them to not feel like their voice is being snatched away completely.

I think it is so refreshing to see our generation taking on such a difficult subject and that too in such a creative way. I asked Xander Contreras of UGA Asura why he thought dance was an effective way to convey the message of mental health awareness. He said that it combined entertainment with the ability of the audience to feel the emotions behind the message.

In fact, when it comes to people suffering from mental illnesses, an effective way to help them cope may actually be dance. Since the mid-1990s, dance therapy has actually been an approved form of treatment for those suffering from severe cognitive problems, according to the American Dance Therapy Association. People with depression, eating disorders, and addiction may often be able to get back to a functional state with the help of a doctor or a mental health professional; however, getting better often requires making a genuine connection with them. Frequently, traditional therapy programs fail at this because they aren’t able to establish that connection. Dance therapy allows those for whom traditional therapy may fail to successfully establish an effective means of communication. What is amazing is that, in a comparative study, it was found that subjects who dance had reduced feelings of anxiety and depression, thus improving their quality of life. While the results were so positive, they were strongly linked to finding the correct therapist.

MannMukti, a South Asian mental health awareness organization, has a specific section on their website which can help South Asians with mental illnesses find the right therapist, not just by their specific state, but by faith background as well. This site specifically caters to the needs of South Asians, offering assistance and guidance to those who may not know where to start.

What UGA Asura and UCSD Zor have done on the stage is not only commendable but also very vital to our society in removing the stigma associated with mental illnesses. If people are able to talk about mental illnesses as freely as these teams have let their talents shine on stage, there won’t be anything that can silence our voices.

Check out UGA Asura and UCSD Zor’s performances below!