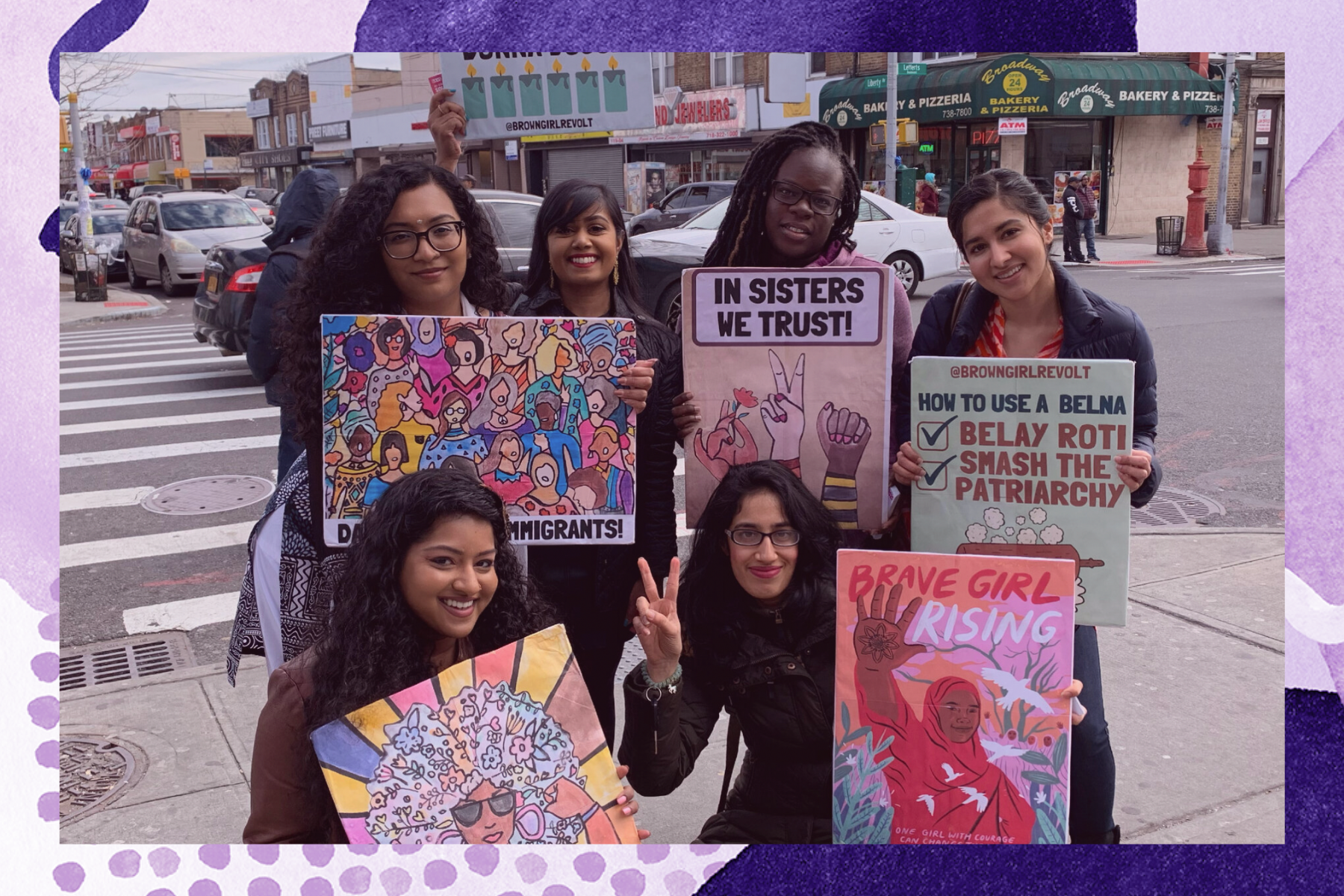 In November 2019, the death of an Indo Caribbean woman named Donna Rehanna Dojoy came as yet another blow to a community that has long been plagued by domestic violence. Dojoy’s name joined a growing list of Indo Caribbean women whose lives were claimed to gender-based violence.

Troubled by the news and looking to address gender injustice, lawyer, activist and community leader Aminta Kilawan-Narine decided to elevate the issue. It all began with an idea and one Facebook post that today has turned into a “movement-building, grassroots, gender-equity organization.”

Kilawan-Narine’s announcement would be the conception of the South Queens Women’s March — the first ever movement of its kind for the neighborhoods of South Queens. Her impetus, other than being a member of the same Indo Caribbean community in South Queens, comes from having survived gender-based violence herself as a teenager.

As the founder and director of the organization, Kilawan-Narine, along with the founding board members and community leaders, held several outreach events in South Richmond Hill, Queens to gain support for the movement. By January 2020, South Queens Women’s March was established as a New York State non-profit organization. A date was set, and planning was underway for the march to take place in May 2020.

Like almost everything at the time, the organization’s plan came to a halt when the COVID-19 pandemic took hold in New York City, posing a real health concern.

“That excitement that we had had was replaced with a real fear of what was going to happen to our communities,” Kilawan-Narine said.

At the time, the team did not know how they would pivot but they had a mission to honor, which included amplifying sisterhood and unbuilding the patriarchal setup within the Indo Caribbean community.

Though the annual march to address gender-violence has been postponed until the pandemic ceases, South Queens Women’s March has breathed a new life as a full-fledged non-profit organization. It serves as a link between the predominantly immigrant, working class people of South Queens and resources the community members might not know are available to them, such as the Homeowner Assistance Fund and Emergency Rental Assistance Program.

Within two years, the young organization, made up of five overseeing board members and 60 active volunteer members, has managed to reach approximately 11,000 people through its various virtual and in-person events. Each founding board member oversees one of five committees that make up the organization: art, civic engagement and advocacy, youth and professional development, healthy relationships and addressing gender-based violence and mutual aid.

Harmehar Kaur Kohli supervises the mutual aid committee, which holds pop-up food pantries that supply culturally-relevant groceries. Prior to becoming a founding board member of South Queens Women’s March, Kohli has been organizing for women’s rights in the Sikh space in South Richmond Hill, Queens through her own non-profit organization, Kaurageous Love.

South Queens Women’s March has organized over 50 virtual workshops aimed at promoting health and wellness through yoga and meditation classes and even bhangra, Bollywood and Socacize (exercising with Soca music) dance sessions.

To address inequities happening directly on the streets of South Queens, the members hold street clean-ups to remove accumulating litter in their neighborhoods. Along Liberty Avenue in South Richmond Hill, the team organizes “Chalk Back” — an event aimed at combating catcalls, which are a rampant occurrence of sexual harassment in the area.

This year, the organization has plans to expand. According to Kilawan-Narine, hiring full-time staff and obtaining a community space to call their own is in the works.

Currently, the team negotiates with other organizations and small businesses to be able to host their events, like food pantries and giveaways, in their space at no cost. When that option is unavailable, the organization holds fundraisers to rent event spaces. Kilawan-Narine hopes the consistency in having a known center for members to attend their events will help the organization become a household name.

“I think there’s only more that you’re going to be able to see from South Queens Women’s March. It’s only getting bigger,” founding member Kohli said. “I really have no words. It’s definitely more of an impact than I think we ever imagined.”