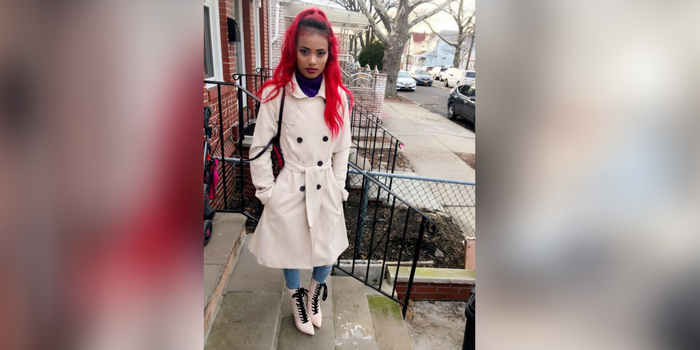 On Jan. 1, Stacy Singh, 26, was stabbed to death by her husband Vinny Loknath, 46, — who later hung himself in a local Queens, NY park. Her death marks New York City’s first murder in 2018.

Singh’s tragedy highlights the looming issue of domestic violence within Indo-Caribbean families. This was not the first time Loknath acted abusively to Singh. Romain Shaw, the brother-in-law of the slain woman, told NY Daily News that Loknath “was very abusive to her.”

“She stayed with him no matter what because they had two kids together,” he said. “She was hoping for him to change, but he never did.”

Too often we’ve heard the tragic stories that result from domestic violence, the tales of generations past, grandmothers, mothers and aunts, who have dealt with abuse under the pretense that they were unable to leave. South Asian culture, especially Indo-Caribbean culture, has made excuses for these men. And finally, we say their TIME IS UP.

The #MeToo movement finally gives survivors of sexual assault a wide-public platform to tell their stories. This powerful movement is empowering women, even those who have not been directly affected by sexual assault or domestic violence can know that their voices are powerful and will not be stifled.

Their TIME IS UP.

It is our time. It is the time for women to feel empowered. It is time for our voices to be heard. It is time, that we stand up for women whose voices have been silenced. And most of all it is time for abusive men to know that it is no longer their TIME.

It is a critical time for women. Now more than ever to set the precedent for future generations, we will no longer allow these injustices to occur.

Martin Luther King Jr. once said, “Whatever affects one directly, affects all indirectly.”

Singh’s untimely and tragic death can teach us as a community that these social issues exist and ignoring them will not make them vanish.