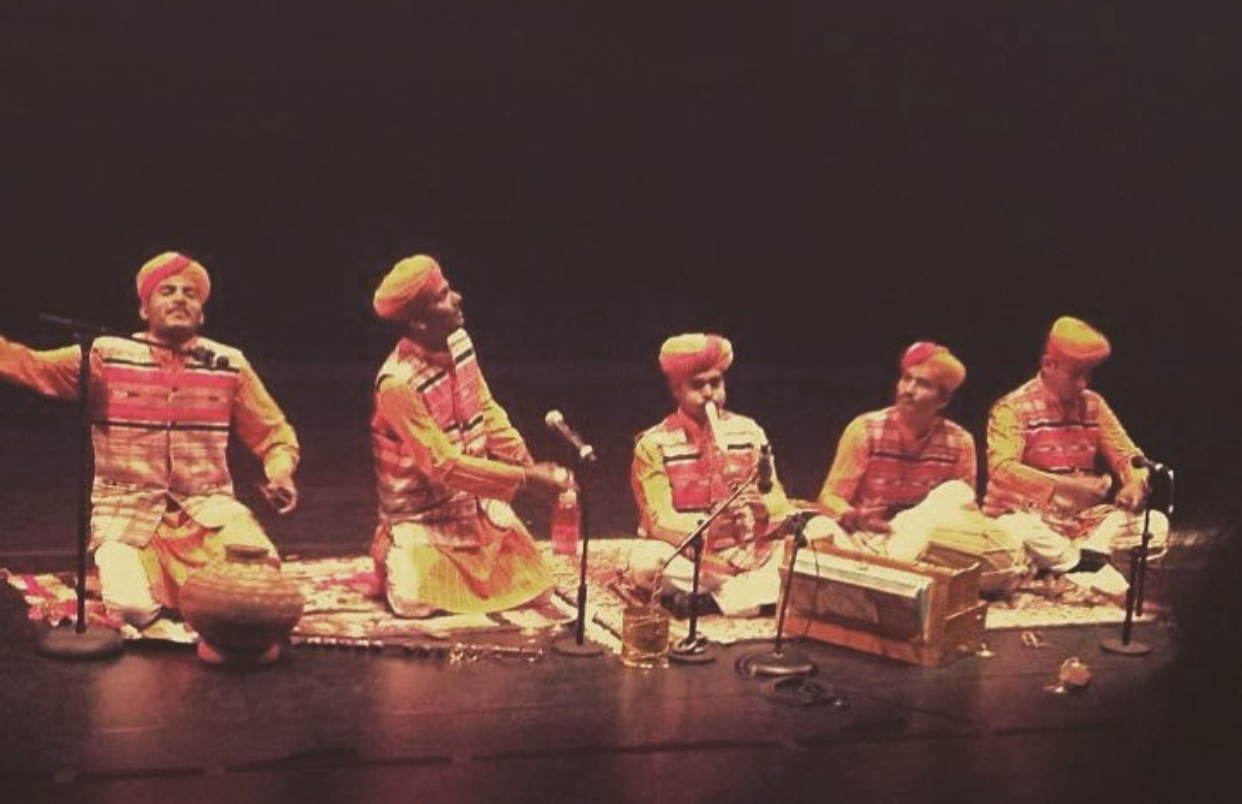 As we reflect during the last days of Ramadan, I know many are looking for zakat-worthy organizations to support. Please consider donating to Folk Arts Rajasthan (FAR), a small nonprofit based in New York City that runs almost exclusively thanks to volunteers. FAR supports a group of Muslims in Rajasthan, India known as the Merasi.

The Merasi are folk musicians and storytellers in a region of northwestern Rajasthan called Jaisalmer. Their music has been passed down from generation to generation for more than 800 years, making it an intangible cultural heritage, as defined by UNESCO. Since they are a minority group in a predominantly Hindu community, they are considered untouchables and regularly face discrimination, violence, injustice, and corruption. They are denied access to healthcare, education, and political representation.

The Merasi are derogatorily referred to as manganiyars, a word meaning “beggar.” Their lives are routinely threatened, their access to essentials like clean drinking water or electricity is cut off and anything acquired always comes at a steep cost. When hired to perform their music at ceremonies and celebrations, the Merasi aren’t paid fair wages. If the Merasi attempt to purchase essentials, like a rickshaw to transport students to and from their school, vendors will inflate prices making it impossible for the Merasi to afford it as many are impoverished.

No matter what you are passionate about, FAR’s efforts will resonate with you. The organization tackles several issues such as education, music, arts and culture, women’s equality, and human rights. FAR partners with an NGO in India, Lok Kala Sagar Sansthan (LKSS). Together, they raise money to fund Merasi School for young boys and girls, simultaneously educating and empowering them while breaking gender norms.

LKSS Director, Dr. Sarwar Khan used to worry that the Merasi’s musical legacy would die out as the current generation got older due to a lack of written history. When he first met Karen Lukas, now the Executive Director of FAR, he thought the Merasi children wouldn’t want to preserve their musical heritage. Now the children play not just one but multiple instruments, and the musical legacy is thriving, despite the lack of education and writing skills that previously existed in the community.

Thanks to volunteer efforts and donor contributions, FAR and LKSS have admitted more than 500 students to the Merasi School where they learn basic skills such as reading and writing in English. Aside from monetary donations, many supporters also give books for the school library, which children eagerly use to practice reading. In addition to the curriculum, the students learn to play the many native instruments, such as the nagara (a drum), khartals (a percussion instrument made of two pieces of wood) and murli (wind instrument that looks similar to a recorder).

The students host gatherings known as sammelans. During these gatherings, children celebrate their intangible musical heritage by playing instruments together. FAR empowers the Merasi to advocate for themselves through education and music despite the tough conditions in their community.

If you are fortunate enough to spend time with the Merasi and hear them play, you cannot help but be inspired to help their cause. The Merasi did two tours in America, selling out performances on a variety of stages such as community arts centers and universities. They also routinely travel to Mumbai to perform for larger audiences and spread awareness about their cause.

Demi Asvestas, a volunteer in NYC who traveled to India and assisted with their North America tour says, “the Merasi are the most giving and joyous community that I’ve been lucky enough to spend time with. Despite the issues they encounter daily, they are always ready to give what they have to help others. Their commitment to their community is strong, comes from within, and spans generations.”

The reality for the Merasi has become more severe as the community faces lockdown due to the global pandemic and heightened discrimination given the current political climate. With the support of a prime minister who propels Hindu nationalism and enacts anti-Muslim policy, the oppressors are validated in their war against the Merasi. The tension between the Merasi and their community strengthens as the political situation across India worsens.

Simone Salvo, another volunteer who spent time with the Merasi both in India and in the US says, “against the tide of dire social inequity, the Merasi always lead with their hearts. They work tirelessly to give the gift of music to the world and to their youth, education, opportunity, and courage to continue moving the needle of justice forward.”

[Read Related: The Benefits of Observing Ramadan During Coronavirus]

Karen Lukas spends weeks at a time in India living with the Merasi every year, which she has done for the past 25 years. When she is back in the US, she communicates with the Merasi daily, hearing the heart-breaking updates firsthand. Their property is destroyed, they are physically harmed and threatened constantly for no reason other than being Merasi.

No matter how big or small, your donation can be impactful as the funds will help feed Merasi families during Ramadan and stock their school with supplies. As we pray for world peace and human equality around the world, please consider dedicating your zakat to this deserving group.

Josephine Ali is a Learning & Leadership Development Consultant for Global Banking and Markets in Human Resources at Bank of America. Her passions include reading, trying new foods, traveling, anything related to South Asian culture, and spontaneous adventures. In her free time, she volunteers for a small nonprofit called Folk Arts Rajasthan, an organization that supports a low-caste group of Muslim musicians in the Jaisalmer region of Rajasthan, India.