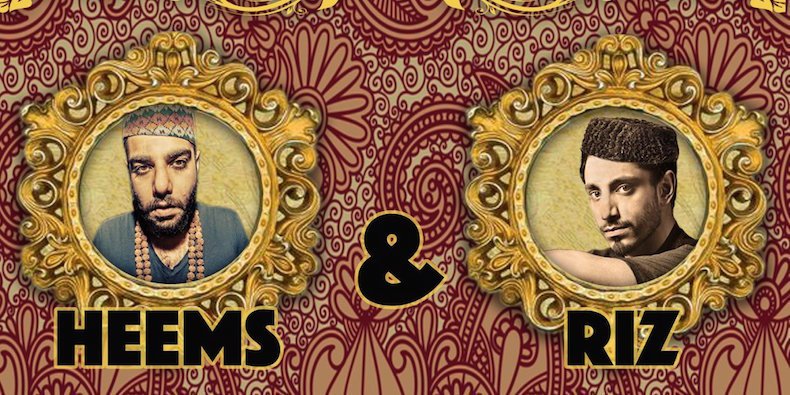 My family came to America to give my older sister, Aisha, a chance to live. My dad gave up all of his factories, businesses and his dreams of becoming a movie maker/producer to find the best medical assistance for my sister who was unfortunately diagnosed with brain cancer. My family gave up their luxurious lifestyle, degrees, friends and comfort in Karachi to being mistreated just for pronouncing a word wrong in Detroit.

A year later, I was born. As a first-generation Pakistani Muslim American and the only one out of my four brothers and sisters born in the States, they’re all also 20 years older than me. So growing up, I had a very traditional Pakistani upbringing. In first grade, I made my mother stop packing me lunch because the kids my age thought daal chawal was “weird,” I wanted to tell them that it’s delicious, it’s made from my mom who you all know and see every day. I was ashamed.

I was getting older and saw my brothers struggling to find their niche in this new land,  and as a result, my family had a tight grip on my career choices. I had an affinity for photography at a very young age. Ever since Pre-K, I’ve always had a camera on me. (Shout out to Kodak disposable cameras!)

In third grade, the Twin Towers fell, and I was thrown against a wall by two of my closest friends. I was being asked to apologize for what my country did. My “friends” thought I was taking pictures for Al-Qaeda. And the phrase, “dirty Paki” was introduced to me. No one in my family really watched the news so I had no idea what they were talking about. I was scared. I haven’t told anyone this story.

When college came around, I was forced to give up any dreams of going to art school or doing anything with a camera. So naturally, I was heavily encouraged to go into engineering. I failed my first semester. I went into business which was slightly better. In between these semesters, I would work on video/photography projects with friends or organizations I was in.

College introduced me to a plethora of people of different backgrounds and point of views and made me realize I might be re-living third grade all over again. I walked into a local CVS the same time a cart hit a car — it made a large explosion like noise. The cashier looked at me and called me “Paris.” This was shortly after the unfortunate Paris attack.

Today, everyone wants to kick Muslims out of America.

Today, I see my culture and food being sold because it’s the new trend. My mom’s daal chawal is being sold in hipster shops in gentrified Brooklyn and there are people who claim to be experts of Islam when all they’ve done is read one line out of context.

Throughout my life, I’ve felt shame and fear just for showing glimpses of my culture and religion. Yet today, my identity is being sold for fear or a white girl’s newest obsession.

Swet Shop Boys just dropped an album, “Cashmere,” affirming my identity. Thematically, I’d describe it as satirical hip hop fueled by two voices who aren’t willing to hold back. They managed to sound like they had fun going back and forth yet also commentate on the brown experience poignantly without missing a beat. (Literally and figuratively.)

It’s a pretty heavy album for one that’s only 35 minutes long and focuses a lot on self-identity in the brown community and how the western world identifies us. (Clear example with the outro track, go back to the last verse on that.) Also, the third verse on “Half Moghul Half Mowgli” is fire. (No, I will not write out the lyrics. I want you all to listen and hear for yourself.) Another shout out to the “Zayn Malik’s got more than 80 virgins on him/there’s more than one direction to paradise” line … damn.

For all the times I was called a terrorist, the time I was thrown against a wall for being affiliated with the pilot of United Airlines Flight 175, when I get randomly selected at the airport because my dad shares the same name as an infamous terrorist, any time the color of my skin reminded someone of war – “Cashmere” has a song for every occasion I have felt small. Thank you Riz and Heems, this is only the beginning.

South Asian representation in mainstream media has already started impacting the youth as well. My nephew punched his classmate in the face for calling him a terrorist. (Something I could never do at his age!) My seven-year-old niece, Samar, doesn’t take shit from anyone. She corrects her classmates and her teacher when they mispronounce her name. That’s my girl.

Times are changing. The force is awakening.

My dad has finally found his happy ending and produces his own radio show called Dil Dil Pakistan, which is the very first Pakistani radio show that caters to Pakistanis all over the nation. He’s been running it for the past 15 years. I’m working towards my happy ending as well.