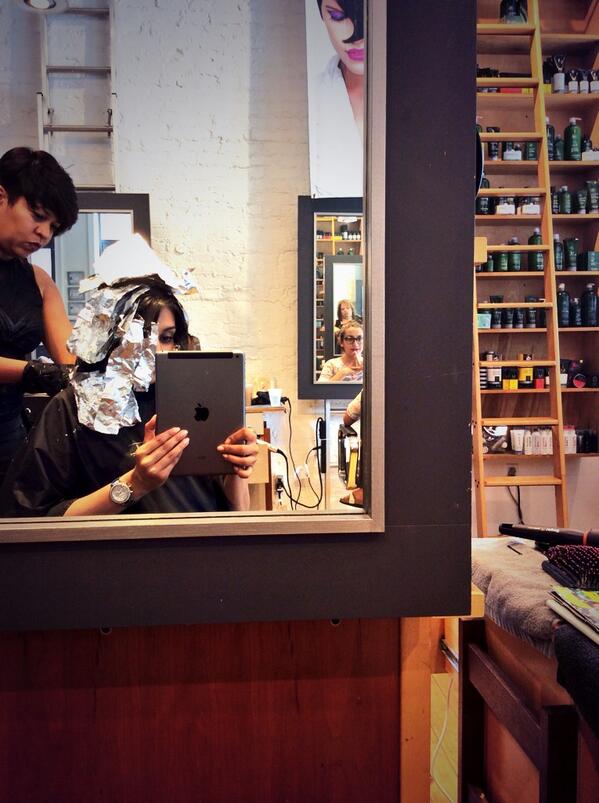 The hair salon, I say that with a large sigh focused at the epicenter of the space between the two words. We’ve all been there, it doesn’t matter if you’re male or female, going to get your hair done can sometimes be a long-boring-should-of-brought-a-pillow experience. Between the waiting to be seen and (pending on what you are getting done) a lengthy procedure of cutting, coloring, and precarious-time -consuming fixing to get that precise look you surmised would be the definition of good looking when you walked in.

How does anyone go through this process in 2014 and sit still? Verizon Wireless had the answer to this question, and gave Brown Girl a chance to experience the greatness they had contemplated in a #TabletTakeover event.

#TabletTakeover is the intersection between tech and beauty, and here’s what the experience feels like through the eyes of a Brown Girl—Kamini Ramdeen.

I walked into the hair salon with a flurry of different hairstyles, colors and textures entering my mind and sitting atop my head in my picturesque vision of morphing follicles, almost like my hair was Mystique from X-men and could become any version of itself when desired. Setting my mind on two styles in particular, I thought ombrè—brown to blonde—or highlights of some sort (and if I didn’t work in corporate America, believe me it would be turquoise and black, but I digress).

I toiled with the idea, but couldn’t seem to really decide. That’s when #TabletTakeover really took-over. Using the iPad that was provided to me by Verizon Wireless, I perused through Pinterest and Google images until I finally found the holy grail of a clear-cut decision—the ombrè, thank you Khloe Kardashian.

I was waiting for about 20-30 minutes, and with the aid of this tablet it felt like a mere… well it really felt like I just sat down because I was so occupied looking for my definitive best summer look.

Now, for those of you who have colored your hair ombrè before, you will understand that when your hair is originally dark brown, the process is long. I mean 3.5 to 4 hours long to give an exact account, but the nifty tablet got me through it without even one casual glance at my wristwatch (well, my phone because the wristwatch is just an accessory).

I browsed through Brown Girl Magazine’s Flipboard, took pictures of my hair in progress, played Candy Crush (I embarrassingly admit), and spent the time looking through my social networks, all while the wonderful Salon Bohemia staff worked their magic.

My original appointment was at 2 p.m. and when I walked out of the salon around 6 p.m., I could not figure how all the time had passed. It was the first time I sat still in the salon chair without shifting in my seat.

#TabletTakeover was a definite success and now I have to go out there and get my own Verizon Tablet, because I don’t think I can go through this process again without one.

Thank you to Verizon Wireless for allowing Brown Girl Magazine to take part at your event because it was a hair-changing experience! 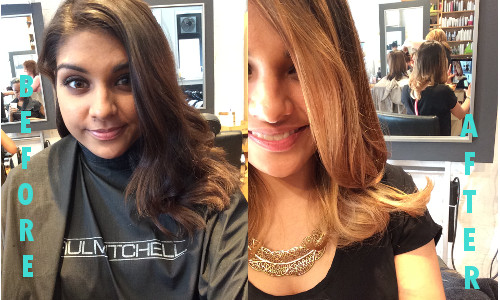 How to Rock a Red Lace Dress, by Fashion Blogger Zunera Mazhar