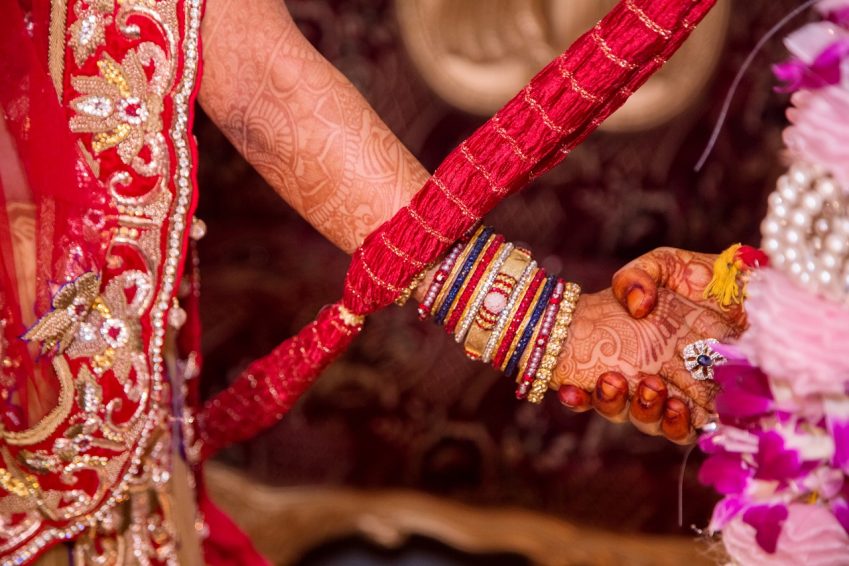 Before our interreligious marriage, we were just two kids interreligiously dating, which was easier. We avoided any mention of religion, aside from a few passing discussions on how far we’d each reached in our respective religious studies. When we visited each other’s parents, we’d jokingly discuss cultural differences and similarities.

“Oh do you also put cloves in your tea?”

“Oh you put whole curry leaves in the daal?”

At that point, no one knew how serious the relationship would become, so we detoured from talk of religious beliefs.

As we became more serious and the thought of marriage became not only a topic of conversation between the two of us but was also a frequent question asked by our parents, it became hard not to talk about religion.

“If we got married, would we do both ceremonies?”

“What would we want our kids to learn?”

“How would our parents feel if we didn’t follow any religion?”

Neither of us asked these questions out loud for fear of an argument.

While we were dating, we focused on ourselves as a couple; sharing our time, likes and dislikes; trying to build a compatible and flexible partnership. We discussed debts and finances. For the two of us, these were the important things that marked the path of any successful couple. For our parents, there were other questions — religious questions.

[Read More: “This is What a Telugu-Punjabi Wedding Looks Like“]

To their credit, neither parental unit advised us against marriage based on religion. We were extremely lucky that way. But in brief moments, similar thoughts also crossed our minds. Thoughts about two different cultures that had shaped us as people and how the other could understand it.

Would bhangra be an option at wedding receptions? Would there be authentic South Indian curries cooked Sunday evenings? Would it be okay if we didn’t have those things that we would have had if we were to marry someone from our own religion?

For both of us, the answer came easily. We’d both had experienced failed relationships and seen our friends end relationships — even marriages — with people who were a dream of any aunty or uncle on paper. We were lucky to be two adults who knew the “whole package” wasn’t realistic. Instead, it was about connecting on a level that was beyond religion and culture. It was sharing important things — may be not memories of spelling bees (him) and band practice (me), but of fundamental beliefs of what life was, is, and could be.

When we finally decided to get married, it wasn’t the epiphany most Hollywood or Bollywood movies make it out to be. We had worked steadily towards it, tackling our personality, cultural, and religious differences along the way.  Realizing you want to marry someone isn’t based on the same set of criteria for every couple.

My mother and father’s match was arranged, based on their close geographical proximity, their religion and caste, and my father’s earning potential. One generation later, their daughter would marry someone she had known for more than two months, who hesitantly put off watching Netflix shows until they could find the time to watch them together, and who repeatedly observed her partner putting her first even when he didn’t always want to.

It was the compounding of small events that reinforced my decision for marriage, not one large grand event. Or even a religious connection. 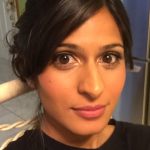