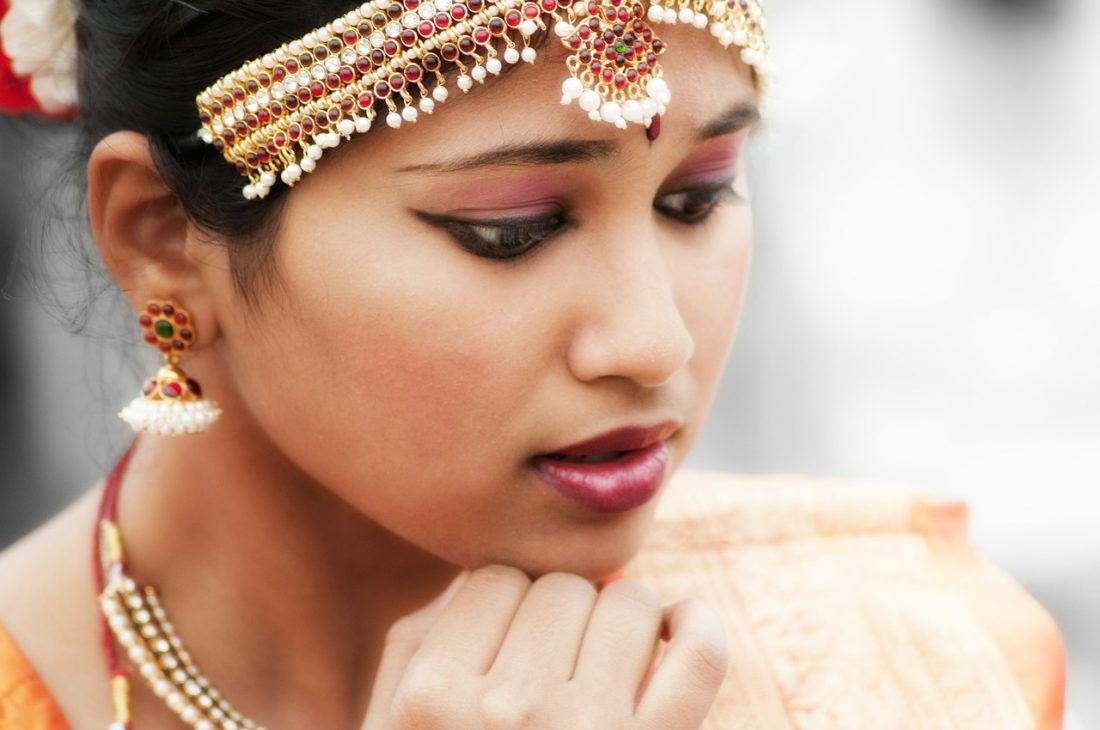 I am thirteen years old and it is now time for my Ritushuddhi, a ceremony that celebrates the onset of menstruation. South Indian Hindus have celebrated this transition for thousands of years, and though I was thousands of miles away from my roots in South India, I was not going to get out of it.

It was 2013, and I had started my period, whispering this tragic advancement to only my closest friends. My friends, as well as the school-mandated health class, taught me: how to obtain a tampon stealthily from a schoolmate in the hallway; how to hide feminine products in my clothes so I did not have to bring my wallet to the bathroom; what to say to male teachers when I was cramping so I could easily get to the nurse without revealing the embarrassing cause; and what socially acceptable excuses I could use when my uterus waged war on the rest of my body, rendering me incapable of going to school or social events. I felt as if I had been inducted into some secret, sad club. Everybody around me was teaching me to live as if my period did not exist, but I found it to have an overarching presence in my life, a private knowledge that was always haunting me. At age thirteen, in my American culture, I was taught 101 ways to hide this inescapable burden that comes with two X chromosomes.

My actual Ritushuddhi was months past due, thanks to my unrelenting insistence that I keep my period my secret. I pleaded with my parents not to tell anyone because I felt it was an event that was supposed to be undisclosed. However, as first-generation immigrants, in their Indian culture, it is for everyone to know – including male relatives. Although my reasonably small ceremony did not approximate the typical Indian ceremony – with a banquet and rented hall – that fateful day arrived and I sat, utterly appalled that I had to receive an endless array of phone calls from each relative, congratulating me on my “accomplishment.” Meanwhile, my grandmother force-fed me an ancient Hindu concoction that is supposedly a “cure-all” for cramps.

At age thirteen, much to my surprise, I was taught by my Indian culture that my period does not taint or pollute me, but rather elevates and dignifies me, which holds faithful to the traditional focus of a Ritushuddhi: to celebrate and revere oneself to a godlike status after starting menstruation.

Initially, I thought a period ceremony perpetuated the unjust sexualization of girls when they get their period, but I discovered I was naive. I was treated as quite the opposite of a lesser person. Instead, my family embraced the true meaning of the ceremony and affirmed my value. Over time, this affirmation has engendered a high level of self-respect to which I credit the confidence I have gained to help me mature in a culture that is not entirely my own.

I come from two powerful cultures, each competing for a spot with the winning title of what is “normal.” My American culture has taught me to value privacy, or perhaps alienation, while my Indian background has afforded me the confidence that comes from openly celebrating an important part of who I am. I grew up with one period in two cultures, yet had two totally separate experiences. These experiences have functioned alongside each other to teach me what it means to become an Indian-American woman.