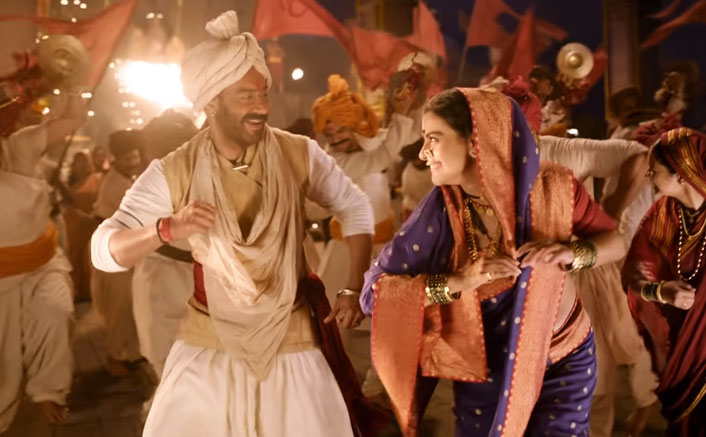 “This looks kinda cool,” my partner stated, sitting across from me at our local, Astoria burger joint. “Kaufman is screening an Indian movie, a biopic on a 17th century warrior.”

Partially because I lacked strong feelings to any particular movie and because I seem to always pick our film choices, handed the decision over to him.

“Besides,” I thought, “It might be nice to sit in a theater surrounded by people who look like us, watching a screen filled with actors who honed similar features and allow ourselves to be washed by the colors and sounds that, although generations removed, somehow feels like home.”

We did not know when searching for our Saturday night movie fix that we would find ourselves in the midst of a larger, global issue—one where nationalism transcends borders and oceans and where islamophobia blooms behind the facade of bright colors, beautiful costumes and dramatic battle scenes.

Although already dark by the time we entered Theater 13, I could hear the whispered sounds of aunties speaking Hindi and the shadowed brown faces of couples, friends and family groups materializing in my peripherals.

My eyebrows raised at the endless disclaimers that scrolled past the screen as the movie began, and in less time than it takes to pop a new batch of popcorn, I held my breath in realization.

Oh no, it’s this kind of movie.

I was unaware that besides me, my partner had come to the same realization.

The character on screen was yelling at a man, stating that he must convert to their religion, pay their taxes, or die.

“What religion are they talking about?” he asked, hoping he had misinterpreted the dialogue.

We both rolled our eyes. This was going to be two hours of Hindutva, BJP propaganda, I predicted. I leaned back into my chair, longing for the itchy material to engulf and transport me elsewhere.

What was troubling, aside from the obvious anti-Islamic rhetoric, the overly done portrayal of the main Mughal character as dark, evil, impulsive and lustful (a depiction that lacks creativity on every front), was the audience’s reaction.

There were moments during “Tanhaji” where the crowd cheered and laughed at the death of Mughal soldiers. These were not comedic death scenes like those on Tom and Jerry or those scenes where the Roadrunner falls off a cliff, only to survive—these were gruesome, detailed, saddening deaths. In a film where the only comedy laid in the tackiness of its CGI images, laughter was not the reaction I expected. But in a culture and space such as Bollywood that treats historical battles and wars as entertainment with little time spent on the humanization of its subjects and more time on a hyper-produced dance scene celebrating a child marriage—it’s easy for audiences to disconnect the real from fantasy.

Our faces could not mask our reaction to the film and I found myself in awe (but yet, not) by the women in the bathroom who post-film, were joking about certain scenes, or as I watched their children reenact the battles they had just watched on screen.

But this is not just a movie. It’s a political tool in an era of continuously rising Hindu nationalism. The film, centered on Tanhaji—the benevolent, family man from the Hindu Marathas who pushes back and misses his own son’s wedding (a child marriage) in order to protect the saffron flag—propagates the Hindutva narrative and ideologies around duty and sacrifice for the Hindu nation. There’s even an entire scene where Tanhaji and his wife discuss where their true duty lies, and he tells Savitribai that the saffron flag means more to him than his duty to her or their son.

In fact, the BJP party was openly promoting the film. They were even distributing tickets for free following the Jawaharlal Nehru University (JNU) protests in Delhi. The protests at JNU were organized after a group of masked men attacked and hospitalized nearly 40 students and staff members on campus. It is believed that this attack, which took place on January 5, 2020, was by members of a right-wing student group linked to India’s governing BJP. A reporter who was present and witnessed the attack, Rana Ayyub, noted that two of the attackers stated wanting “to cleanse the institute of Mughal progeny”— rhetoric that strikingly resembles the overall theme of the film “Tanhaji.”

Additionally, Bollywood film star Deepika Padukone’s attendance at the protest seemed to anger the BJP, further igniting them to distribute free “Tanhaji” tickets, an act against her opening film, “Chhapaak,” which was supported by India’s Congress and left-leaning student groups.

[Read related: The ‘Padmavati’ Debacle: Bollywood Progressivism Against Protests is Too Little Too Late]

But what does a film screening in NYC have to do with the Hindu nationalist movement in India?

In 2011, there were 229,663 Indian residents in the NYC area, 70 percent of which were foreign-born and 65 percent of those living in the borough of Queens. Kaufman Astoria is one of the few theaters in the NYC area which continuously screens Bollywood films as they are released in India.

For many, taking your children, family, and friends to the theater to see a film in your mother tongue, and depicting aspects of your culture you otherwise do not see is an uncommon treat. However, Bollywood has historically depicted Muslims in a negative light, while displaying bias in favor of the BJP party and Hindutva ideals. The portrayal of Udaybhan Singh Rathore in “Tanhaji” is remarkably similar to the depiction of Sultan Aluddin Khilji in the film, “Padmaavat,” both cruel and driven by lust. The film “Padmaavat” starred Deepika herself, along with her husband, Ranveer Singh, who has shown support to Prime Minister Modi in the past. It seems that Bollywood and the BJP will continue to bend and twist history, depicting their favorite nationalists’ warriors and loyal Hindu wives against Islamic invaders.

Across borders and oceans, immigrant families will long for the familiar, turning to establishments like Kaufman for their Bollywood fix, and engulfing, with eyes wide open, the right-wing agenda of the BJP and further propagating these ideas in a new home over a jumbo popcorn and coke.