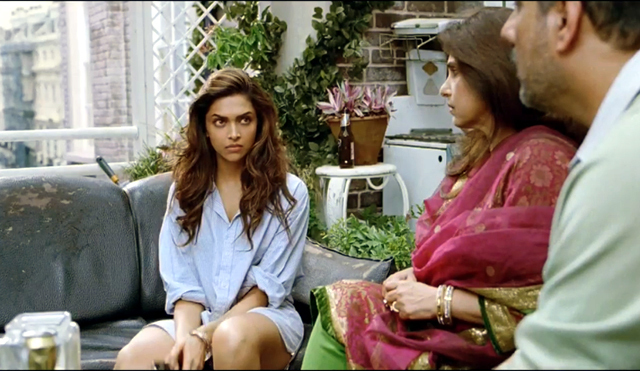 Famed author Somerset Maugham once said, “Tradition should be a guide, not a jailer,” but to us brown girls, it often feels like the latter.

Living life as a modern woman in the 21st century, indulging in its excitements, while trying to uphold traditions and values instilled in us since childhood, isn’t always an easy task. It is the perennial dilemma that presents itself to every brown girl.

The expectations from our parents are high; good grades, good job, conservatism, chastity, and ultimately, finding a suitable groom. These expectations are set even before we are born, often made to believe that if we go against these norms, we are doomed.

Part of the problem is that tradition is often confused with morality. Perhaps, because, in most South Asian families, tradition and morality are often used synonymously. Actions like drinking, smoking, clubbing and dating tend to earn girls a stigma of promiscuity, recklessness, and even un-intelligence.

This is a vantage point is so common that it is often promoted in mainstream Bollywood. A prime example being Homi Adajania’s movie “Cocktail.” The likes of Adajania and writer Imtiaz Ali have given us progressive female characters, yet one cannot deny the distinction “Cocktail’s” male protagonist (Saif Ali-Khan) makes between the two female leads (Deepika Padukone and Diana Penty). It is not different from the way women in South Asian cultures are routinely perceived.

Meera, played by Penty, dresses conservatively, does not drink, does not curse, does not have male friends and prays regularly. She is shown as morally superior to Veronica, played by Padukone, who does all the above, except for praying. Want to take a guess as to who Khan’s character chooses at the end of the movie?

It makes one think, why is a woman who dresses conservatively, as per tradition, perceived more moral than one who marches to her own drum? I am not advocating a life of drinking, clubbing, and reckless affairs, nor am I belittling traditions, but it is concerning that our perception of a good person is based on exterior traits and not real values. The fact is, a woman who does not consume alcohol does not make her superior to one who does.

The age-old argument that claims tradition should be obeyed just because it has stood the test of time does not make it necessarily correct. I understand tradition plays a strong role in defining who we are as a culture. It is the foundation through which we develop our own values. At times, tradition helps us put things into perspective when our reasoning fails. The problem is not the application of tradition, but mindlessly following it.

As modern women, on a day to day basis, we aren’t fighting society’s patriarchal perceptions. Our battles are, more often than not, against the people we love and respect.

In some instances, it is just easier to bite the bullet and accept certain demands to appease our loved ones? Should you have to give up love because a particular person does not fit their requirements? Should you put your career on the back burner when your parents think it’s time for you to get married?

The greatest problem with tradition is not letting it make you feel guilty or take away your ability from seeing reason. I am a true believer we are all born with a consciousness and should make use of this inner moral compass. When something doesn’t feel right, we should not have to do it – no matter how strongly it is suggested we do.

Conversely, if in your gut you feel something is right, truly right – then you should go for it. But be prepared to defend that decision with reason and a calm temperament.

Who knows, you might be surprised to realize that with a reasonable explanation, your parents might not be as immovable as you think. After all, they broke tradition and moved to a foreign world. 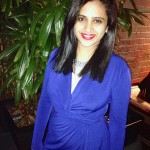 Tatjana Kulkarni is a New York-based business journalist for The Deal. At The Deal, she covers mergers and acquisitions and is also equally (if not more) interested in fashion and art. She is a total Bollywood buff and loves reading both fiction and nonfiction. She particularly enjoys classic literature; Daphne Du Maurier and Somerset Maugham are her absolute favorites.