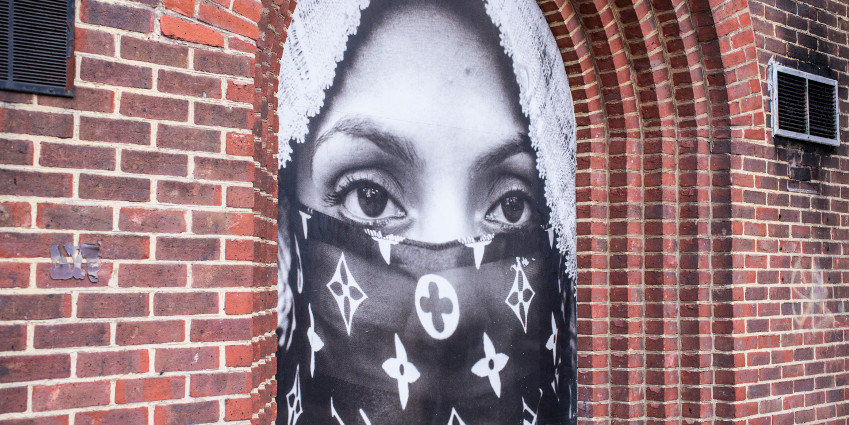 Islamophobia is a fear or hatred of Islam and its adherents that translates into individual, ideological and systemic forms of oppression and discrimination.

I recall an incident from two years ago when I was at Starbucks working on a paper. I was lost between the pages of text when two Caucasian men came and sat beside me. I barely noticed that they had taken the seats next to me until I heard—Bin Laden. I stopped for a second, then thought for a moment and decided to ignore the name. The men’s voices, however, soon became louder and louder. I was forced to listen. They were discussing the 9/11 attacks, and although they did not say anything directly, I could tell that they wanted me to react. I am not sure how but I could hear it in their voices, they were trying to provoke me with an accusatory tone that was most certainly directed at someone—the “other.”

That someone was me, they thought I was Muslim.

This wasn’t the first time I had this type of encounter, rather it was repetitive in its nature and order of events. I would have thought nothing if it wasn’t for its reoccurrence. It was the recurrence that ensured me there was more at play; it was Islamophobia.

Scholar Sunera Thobani asserts that the frequent nature of questions posed at the identity of those labeled different by their skin color or other perceived markers of racial difference exalts the citizenship of “white” nationals above racialized “others,” subordinating these “others.”

This is one of the least harmful ways in which many brown people encounter Islamophobia, but it may be one of the most common. It extends beyond pure curiosity to marking people as different, labeling anyone Eastern as Muslim, and all Muslims as dangerous terrorists.

Islamophobia has not only affected Muslims, it has impacted all of us with our chocolate brown skin because we are grouped into that category of something foreign, something Eastern, something Islamic, and something dangerous.

In 1978, theorist Edward Said argued that the West imposed notions of otherness, backwardness, and homogeneity that concealed differences among groups living in the East, but a newer version of his theory played out quite evidently after 9/11. Following these tragic events, any brown person from the East became a Muslim, and all Muslims posed a challenge to national security within the West.

Our religion didn’t matter, but our perceived foreignness was used as a threat to scare “exalted nationals.” Moreover, with hate crimes that target brown folks more broadly, it is quite obvious that many Westerners are unaware of the heterogeneity of people living in the East.

Nevertheless, the aftermath of the shootings that occurred at the Wisconsin Sikh Temple in 2012 helped clarify the differences among Sikhs and Muslims. There was a concerted effort to educate Westerners about Sikhism after six Sikhs were killed by a white supremacist who had mistaken them as Muslims.

However, something bothered me about the media’s coverage of this unfortunate event. I am a Sikh but I was skeptical of the attention that Sikhs were suddenly receiving. Sikhs have lived in North America for over 100 years and beginning the educational process a century later was perplexing. I thought there must be a reason the media was emphasizing differences so prominently among Easterners.

Why wasn’t there an effort to educate people about Muslims?

Divide and conquer: is an infamous strategy once used by the British to colonize India and differentiate people based on a cultural, religious, or racial basis to separate them from one another.

In contemporary times, scholars such as Himani Bannerji (2000) and Thobani (2007) have argued that a focus on individual groups, again based on forms of difference (i.e. Indians or Chinese), has eliminated their ability to work with one another as a cohesive unit to counteract racism. They remain divided, despite facing similar forms of discrimination. The media’s efforts to differentiate Sikhs from Muslims for the first time and portray them as a peaceful group counteracted the image that they depicted of Muslims.

We can see a religious hierarchy coming into play that mirrors the British approach from centuries ago. Sikhs have experienced Islamophobia firsthand and they have been eager to break the Eastern mentality toward the religion, but we need to shift that attention towards deconstructing Islamophobia itself.

As brown people, many of us have been affected by Islamophobia, whether it is racial profiling in the airport security line or condescending conversations at cafes. We have felt the racist attitudes that are directed towards Muslims, but our responses have often focused on our personal understandings of identity. It is important to identify differences among people, and it is necessary to act cohesively in the face of injustice.

We need to recognize Islamophobia as more than an idea that influences one religious group and see it as a fear that attacks the supposed foreignness of all Easterners and brown individuals.