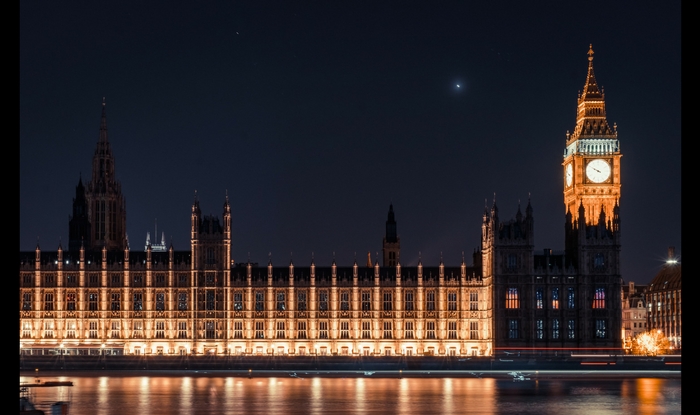 The summer before I was due to arrive in London from the USA, the UK, went through a series of votes in which the population elected to leave the European Union — giving this decision its namesake as Brexit. I, like many in the world, was shocked at the news and wondered where this would leave a country who has been synonymous with Europe since the beginning of time. Then again, the United Kingdom in history always seemed, in my eyes, like the spoiled child compared to the rest of the European countries — the one-off doing its own thing and when it is head over heels in trouble, comes back to its parents for help.

When I arrived in the UK, there was an air of uncertainty, where many did not know the future of their home. What was most startling, was that the ones who had voted to leave the European Union (EU) were now going back on their word, stating that they did not realize the extent of their vote and that they believed not enough people would vote for the United Kingdom to actually leave the EU. The impact of Brexit began to ripple through the population of the UK, with many who had arrived as immigrants fearing for their citizenship and visa statuses. The impact would certainly have the worst effect on those who had come to the UK in search of better opportunities.

Now, one would assume that South Asian population cities such as Birmingham, Bradford and Manchester would heavily disagree with the nation’s decision. But the fascinating thing that I had uncovered while doing research, was that a majority of South Asians actually voted for leaving the EU. According to blogger Asad Abbasi, who wrote an article for the London School of Economics why South Asians voted for Brexit, the numbers outside London are astounding.

The numbers are enough to shock anyone. But that’s not all. Abbasi goes on to state that it’s not even the recent generation who were born in the UK who had voted to remain in the EU — it was a majority of the first generation, who had immigrated from South Asian countries and settled in the bigger cities. So how is it that the ones who have settled themselves to have families in the United Kingdom, knowing how difficult it was when they arrived and knew the problems that would arise if the UK was to leave the European Union, actually voted to leave?

I continued to read the statistics, and also accounts of why so many South Asians decided to vote to leave the European Union. The responses were ones I would actually never expect. In an article written by Politico, author Samira Shackle claims that the reason so many South Asians voted to leave the UK, was because of the competition. Many South Asians who immigrated to the United Kingdom are often forced to work low wage jobs at all sorts of hours, and they believe that many Europeans who come from the EU, who are also considered immigrants are given much better treatment then they are. Therefore, they come to the conclusion that Brexit will lead to less competition, which can often feel contradictory. Yasin Rehman, one of Luton’s prominent UKIP member who had immigrated to the UK from Pakistan fourteen years ago, tells Politico magazine,

“It’s obvious, why ethnic minority voters would vote for Brexit — immigration and a lack of resources including the shortage of housing. People are living in bedsits, living in hotels, hundreds of them. The result obviously is you feel left out, and you have this automatic resentment that ‘I’ve been here a long time, I’ve been a taxpayer, and now I’m not getting my kids into the school next to my house, I’m not getting the housing allocation I was waiting for, because someone else has come here.’ I came through a controlled system where there was a process.”

Since there is so much competition in the workforce, any chance there is of lessening it is immediately considered the best option. There is also the subject of xenophobic attacks. Britain’s history is peppered with them, and after Brexit, there was a large rise in the number of attacks that were covered in the news.

Maybe, because the South Asian community faced so much resentment in the past, that when it came time to vote for Brexit, they jumped at the chance to have the spotlight off of them. Brexit has possibly brought out the worst in the English community, and it has turned the atmosphere very tense. I believe that in a time when everyone should be united, there is instead more of a need to be competitive and protect one’s territory.

However, while the numbers show that there are many in the South Asian community voted to leave, there are those who fear what Brexit will do to the economy. That being said, the consequences of the vote has already started to show. For instance, there are many immigrants who reside in the UK and work to be able to send money and provide for their families back home. Brexit has caused many of the exchange rates to rocket upwards, causing it to be harder to send money abroad. In addition, while many in Britain want to go back to a homogenous society, the result is that there will be a lack of workers to employ in the smaller industries.

Brexit is a process that has caused quite the ripple effect throughout Europe. Many believed that this was a process that was supposed to die before it ever went to a vote, and yet it received enough of a vote to be passed through. There are many that believe that the process can be reversed and have made it their mission to use every method possible to convince the government to change their minds. As I watch the community come to terms with the decisions they have made, I only hope that when the time comes and the UK actually leaves EU, they will be able to bear the weight of their decisions. It is a hard pill to swallow and will likely leave a bitter taste for many years to come.