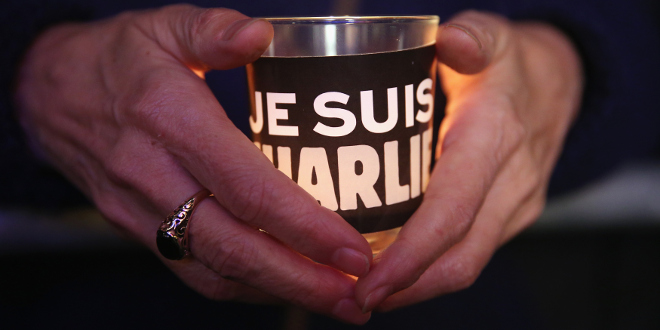 The French satirical weekly magazine Charlie Hebdo is again in the eye of the storm since its republishing of cartoons depicting obscene, offensive images of the Muslim Prophet Mohammed. More so, three million copies of the controversial magazine were printed in the wake of last week’s terrorist attacks.

The publication, in existence since 1970, has a history of printing insulting cartoons of the prophet, once in 2006 and again in 2012. Every single time, it led to mass protests and rioting by Muslims in France and worldwide. As a direct result, the magazine has become a commercial success and oversold copies of its magazine in numbers far greater than its existing circulation.

The publication was threatened several times, attacked once before in 2011 and then on Jan. 7, 12 people who did not deserve to die were killed for those images. One needs to understand that opinions of a few individuals do not automatically become representative of an entire diverse religious population. What followed was the polarization of freedom of speech versus freedom to oppression through speech; the mourning versus martyring versus condemning of the Charlie Hebdo editors and staff.

The final and unanswered question it left for all of us: Should the answer to the problem be censorship, critique, both or neither?

Many are rushing to the defense of the publication under the banner of free speech and the “right to offend,” throwing around Voltaire philosophies (conveniently ignoring his own antisemitism).

However, a select few have come forward claiming that the original publication was actually far more deviant and subversive then the credit it is now receiving. Apparently, the publication and its limited group of leftist readers understood that each cartoon was actually a mimicking representation of the attitudes of the xenophobic white French masses. So, what seems like blatantly oppressive material to the uninformed eye, in reality, might have been an exaggerated reflection of the id of the majority of the French public. How far this is to be believed, especially with the self-damning interviews of the Charlie Hebdo’s editors and staff, is certainly up for debate.

Now, the same images have been reposted and republished around the world. Even the archived links online are being opened up for a larger audience who have taken a sudden interest in these cartoons. It extends far beyond the original readers, who could recognize the layers of critical parroting, those familiar with Charlie Hebdo‘s style.

It is highly doubtful that these social or mainstream media platforms will feel socially responsible to publish alongside the cartoons a set of rules for interpretation, to teach their readers how to decode them – that these “art works” are supposed to be brutal reflections of hegemonic ideology. Remove that frame and this lens falls to the wayside. The images once again become the same entity they hypothetically were meant to work against. If, (and that is a HUGE if) the cartoons were not simply racist, sexist, homophobic propaganda, they certainly are and will be now.

Without a mutual understanding that may or may not have existed between Charlie Hebdo and its readers, the danger of these cartoons propagating horrific stereotypes is overwhelming. The cartoons, which are being termed as equal opportunity satire, assumes that those being parodied including those doing it, are on equal footing with each other. However, among the jabs at Catholicism, the government and whiteness, these are cartoons drawn by white men who play on stereotypes about African women in Europe, equate Islam with extremism and depend on homosexuality and femininity as derogatory qualifiers. When mainstream audiences consume such “satire,” they use their subconscious or conscious foreknowledge of these stereotypes. Without realizing they might actually be a mirror to their own prejudices, and these satirical cartoons end up strengthening their convictions.

Some might sit back and say wouldn’t that be the best meta-joke on the social majority – for them to fall into the same trap that they set up? Ask any brown person who has been automatically profiled as a terrorist and treated as a threat, either through fear, aggression or both. When faced with the possibility of further marginalization and oppression, whether based on my race, ethnicity, religion, sexuality or gender, I know I’d argue back that the joke is not worth my health, safety and right to equality. I personally refuse to be the collateral damage in a war between freedom of speech and censorship, between white imperialism and co-opted religious extremism.

There is a lot that needs to be done. Those dead need to be mourned. Discussions about the limits or lack of free speech need to be hashed out. Violent extremism in all its forms needs to be fought. Most importantly, there needs to be acknowledgement that republishing of these cartoons does not accomplish any of these things.

Feature Image Caption: People hold candles with ‘Je suis Charlie’ written on them as they attend a vigil organized by Muslim groups at the Brandenburg Gate to commemorate the victims of the recent terror attacks in Paris on January 13, 2015 in Berlin, Germany|Photo by Sean Gallup/Getty Images.

Alisha Elizabeth Cherian is a graduate of Vassar College in Poughkeepsie, NY. From Singapore and the U.S., she is currently spending a year abroad in Australia, doing independent research on South Asian Australian comedy. Her interests include anthropology, social justice, theater, art, and how the South Asian diaspora articulates with all four.