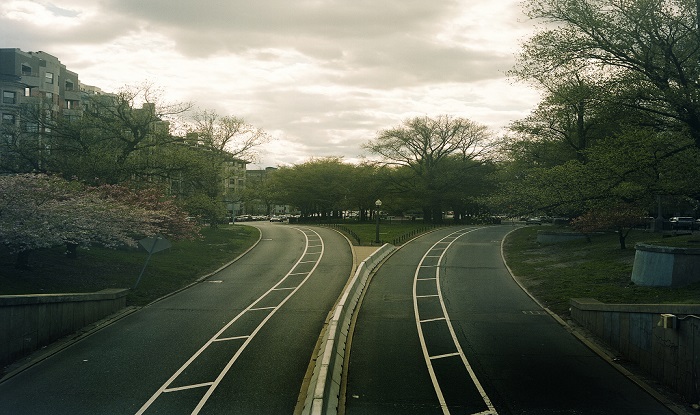 More than most of us, members of the second generation know that their parents’ ways cannot always be their ways. Nor can they unreflectively take up…American culture…Instead, they must choose among the ways of their parents, of broader American society, and of their native minority peers or, perhaps, create something altogether new and different.

As a second generation child (or a first generation U.S. born citizen), I can confidently say that the experience captured in the above quote rings true. Because I do live in a country made up of immigrants, I know I am not alone in having had this experience of choosing what works and doesn’t work for me from the culture of my parents and the culture of my surroundings. Yet, I am also aware of how alone I felt in learning how to choose amongst the many paths that I was introduced to growing up.

In a previous Dawoodi Bohra article, I told you about my misaq, the day in which the dichotomy of my lives manifested itself by way of a coming of age ceremony that signaled I was no longer a child. On that day, I held one end of a string while a bhai sahib (a male pastor) held the other end of the string, reciting rules on how to live a moral Dawoodi Bohra life that I was to agree to by saying “naam.”

My parents were proud.

I, well, I was fighting off the drowsy feeling that caused my eyes to flutter shut repeatedly like I was in a boring class and waiting for the bell to ring.

I was twelve when I had my misaq performed, on the precipice of becoming a teenager. Falling asleep on my part during my misaq should have been a foreshadowing of the exhaustion to come for my parents as I navigated my teenage years and the duality of my second generation-ness, trying to figure out how to combine my Dawoodi Bohra upbringing with my American upbringing.

On one hand, I had a life in which I wore jeans and a tank top, went to school, earned good grades, and hung out with friends at the mall or drove around the parking lot of the Marketplace with music blaring and the windows rolled down. (For whatever reason, this was the cool thing to do on a Friday night). This life gave me pleasure and made me feel alive, but it was also the life I kept secret from the Dawoodi Bohras.

The other life, the one in which I practiced adhering to Dawoodi Bohra principles meant that whenever I went to the mosque, I wore my rida, pretended to care, and felt the purest of guilts inside myself because I could not match up to the image that had been conveyed to me of what a good Dawoodi Bohra girl should be: a woman devout in prayers, who is celibate until marriage (not even holding the hand of another man), was married in her early twenties, respectful to elders (even if I disagreed with them), and pretended everything was okay when it fact it was not. In this life, I hid everything that was too “American.”

Now to be fair, this was my interpretation as a teenager of the two cultures, and these were my personal challenges with combining the two lives together. Other girls my age, who had grown up in the Bohra community with me, childhood friends of mine, didn’t necessarily face those same challenges. Some of them excelled in madrassa (religious school), some of them enjoyed being surrounded by other men and women in ridas and topis. I didn’t and I felt shame for not fitting in, for wanting to be different. For wanting my independence.

I was conflicted over what the right path was for me. Did I follow what my religious teachers told me to do? Even if I didn’t necessarily agree with them?  Did I follow everything my parents taught me? If I didn’t follow the teachings of my parents, did it mean that I was doing something wrong?  Was I bringing pain to my parents for not wanting to continue in the traditions of their ancestors? Should I continue them, even when they inherently made me feel fake?

As a teenager, I often thought it was one way or the other. Black or white. Now I realize there was a gray area as well, a gray area that I didn’t quite know was okay to choose. I couldn’t grasp that there were many paths, many choices and that we could determine for ourselves what was right and wrong.

The idea of creating a new path was still not a consideration for me. It felt too scary to not have a road paved for me and to go into the unknown.

To navigate this ambiguity, I wrote.

I wrote journal entries, poems, short stories, the beginnings of novels. I was thirteen when I attempted my first novel. It was a young adult novel full of romance and heartbreak, cliché in its content, and generic in its genre. Yet, my protagonist were children of immigrants, first-generation American children like myself. It was through these characters that I voiced my own challenges of identity and the desire to belong in a world where I just wasn’t sure where I fit in.

[Read Related: The Power of Representation: The Story Behind the Storyteller]

The process proved illuminating. Cathartic. I wrote more and more. In time, and as the experiences of my life grew, I healed that divide, that duality of my existence, and learned how to pave my own path.

Almost two decades after that attempted first young adult novel, I embarked on another journey, this time in nonfiction. I began writing a series for Brown Girl Magazine on my experiences of growing up Dawoodi Bohra in a U.S. world. At first, I was unsure about how honest I could be in discussing the negative, along with positive experiences of my upbringing. I didn’t want to offend anyone who had an experience different than mine. The insecurities of my childhood crept up again. If I wrote these articles if I shared them publicly, would no one else be able to relate, or would I once again feel alone in my experience?

I didn’t yet know that I had nothing to fear. Writing this series instead would prove illuminating.

After the first two articles were published on Brown Girl Magazine, I was contacted by women and men who had grown up in the Bohra community. They thanked me for highlighting the difficulties of their own upbringings.  I was contacted by others too, by people who had grown up in dual cultures in which they too had felt confused, frustrated, and alone.

Writing this series has taught me that by sharing stories of my childhood, I have found one more way to deal with the duality of my existence. The readers of my articles have provided me with a comfort, validating that I am not alone in my experiences. I was never alone. Their positive reactions have made me feel free to be who I was born to be.

I’m a hybrid, a woman born into a duality of cultures that has allowed her to create her own path. One in which I am honest about myself and my experiences in a way I never could be as a teenager. This, I now understand, is the true gift of being born with a dual culture. 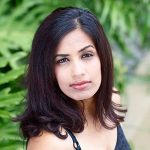