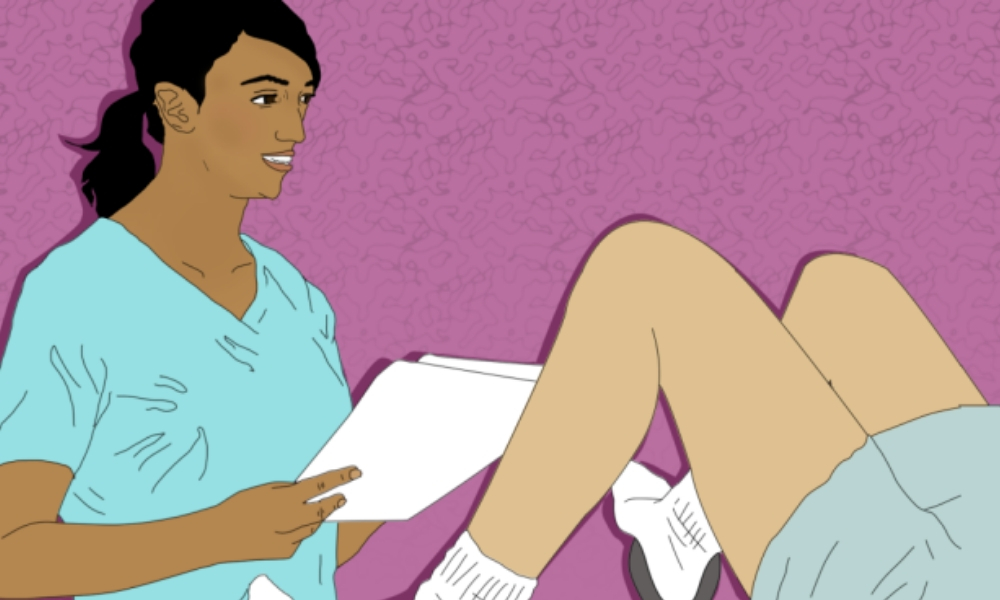 According to the National Institute of Health Research 2017, the findings state that,

Cultural factors are the buzzwords here. Of course, whilst cancer of the breast is dissimilar to that of the cervix, the unifying factor is that they both affect body parts that South Asian women internalise as being shameful from a very young age, an issue underpinning poor cervical screening rates.

Let’s face it: The words breasts and vaginas aren’t typically incorporated into the desi household lexicon. They are intrinsically shame-inducing terms which ring danger bells due to being heavily associated with sex — a subject and act so entrenched in taboo within South Asian culture.

When your body is sexualized – whether you want it to be or not – and information about the things relevant to you and your health are regarded as explicit content, it’s not only harder to access that information, there’s a stigma or penalty attached, especially from society.

She hit the nail on the head! Anything with sexual connotations tends to automatically be considered shameful and regarded as best being dealt with privately. The discourse used to describe anatomy — such as the term ‘down there’ — inadvertently contributes to the larger problem of the reluctance and shame in exploring issues relating to women’s health.

Furthermore, South Asian culture denotes that it is a desi woman’s prerogative to conform to cultural notions of femininity and purity, of which the display of breasts and the discussion of vaginas do not fit into. These negative associations and attitudes toward intimate body parts are particularly problematic because they transcend the medical and health context. How can slut-shaming have a place where the lives of women are at play?

In a report published by Healthwatch Kirklees’s Shabana Ali that explores barriers to cervical screening for South Asian women aged 25-49 in North Kirklees one of the women interviewed stated,

Some girls might need a smear test but they won’t attend because they are worried their parents will think they’ve been up to no good.

These concerns also prove to be relevant to the diasporic youth. As someone of the British Asian diaspora myself, I know that daughters of second generation parents may choose to engage in sexual behaviours whilst being away from their families and intimate communities.

The shame attached to sex and the reality of engaging in it — for example when living away from home at university — means that checking for cervical cancer at 25 years old becomes integral. The problem here is that young, unmarried women who find abnormalities in their screening may not be able to look for emotional support networks through the family because cervical screenings acknowledge that they’ve been sexually actives.

As such, isolation, worry and guilt can weigh on the shoulders of young South Asian women. The consequences of taboo and slut-shaming can, therefore, be seen to feed into emotional wellbeing as well as the physical. Whilst feelings of embarrassment regarding the exposure of the vagina during a screening is a factor that is common amongst many ethnic groups, Dr. Marlow, of the Health Behaviour Research Centre, stated that there is a much higher risk of shame and embarrassment contributing to missing cervical screenings completely.

Not only does there exist taboo surrounding screenings due to the element of secrecy surrounding intimate body parts, but cultural myths may also perpetuate the fear of being screened. In August 2017, the BBC published an article exploring the existence of stigma toward cancer within the South Asian community. The article mentioned Ms. Pate, a former cancer patient who explained the concern for not being rendered pure after a smear, is a factor she believes to be contributing to missed smear tests.

Cancer is scary, but the fact that cultural attitudes within the South Asian community can often perpetuate the avoidance of screenings can be seen as even scarier. We cannot let emotional responses such as fear and embarrassment to continue being prominent barriers to maintaining our health and wellbeing. We owe it to ourselves to engage in conversations and actions that dismantle the shame surrounding the female body.