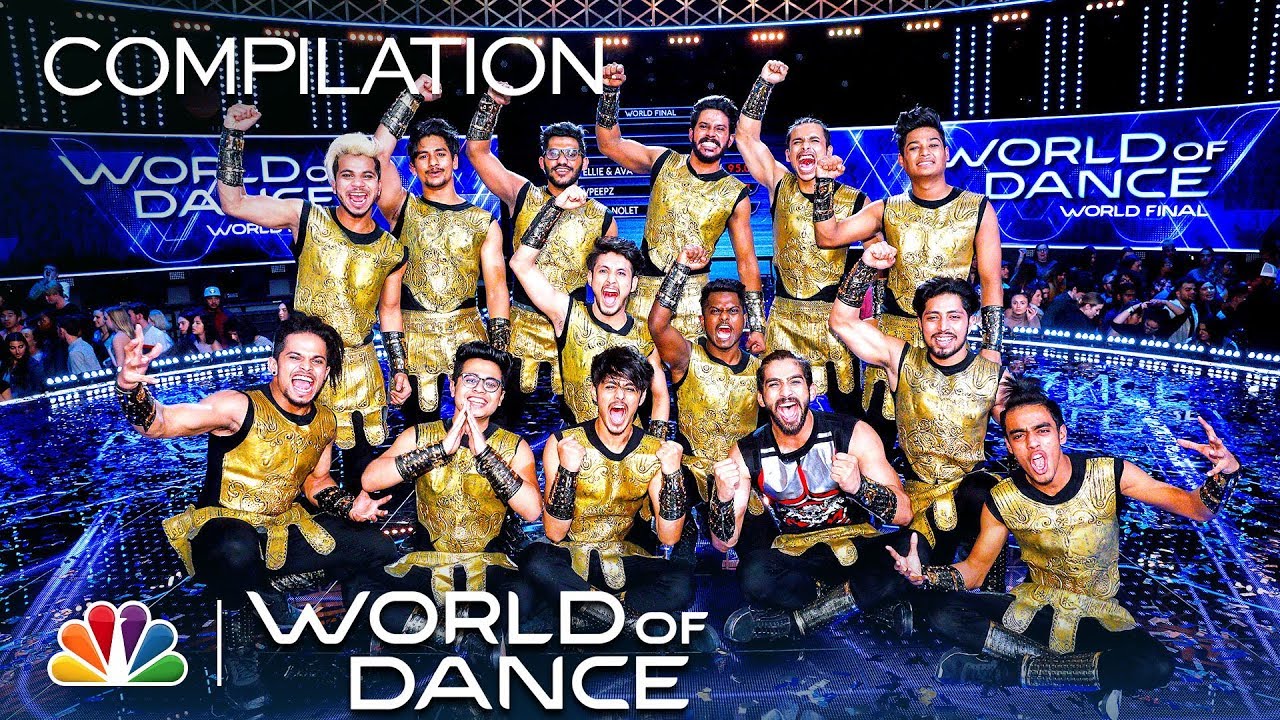 The judges reveal their score.

And with a perfect score, the India-based dance crew, The Kings, won the highly coveted and biggest dance title in the world — NBC’s “World of Dance“!

Episode after episode, The Kings delivered riveting performances. Known for their acrobatic and theatrical tricks, the dance team came out on top every round, with either the highest scores in their groups or being the first ones to receive a perfect score from Ne-Yo. They won everyone’s hearts after the qualifier round and the rest is history. They had the judges dumbfounded and jumping out of their seats.

During their final mentoring session with all of the judges, The Kings didn’t come as prepared as the other teams. The judges worried if they had peaked earlier in the show and the first place prize might not be theirs. But, the team came ready to play on that stage and delivered a rock solid performance proving the judges speculations false. Their final performance was just a scene from a movie. That same acrobatic strength, hip-hop and Bollywood fusion dancing and slow motion effects. The audience and the judges were confused how this was happening. In a good way, of course. Was this a live dance performance or a green screen with the performance digitally slowed down? From the synchronization to the musicality to that million dollar theatrical performance, The Kings did the India so darn proud!

The Kings hail from Vasai — a suburban town right outside Mumbai. Their struggle started a decade ago and through the ups and downs, sacrifices and heartbreaks, they finally made it! In 2015, the group was actually the first ever Indian group to win the World Hip Hop Dance Championship held in San Diego, California. Their win was actually the inspiration for the Bollywood production “ABCD 2,” starring Varun Dhawan and Shraddha Kapoor.

One of the dancers from the team, had mentioned that winning a million dollars would mean the world to them. He jokingly shared that they started their journey 10 years ago practicing on the beach, if they win they could now buy a part of the beach. I think those dreams aren’t too far off! For a competition they were unsure they would be able to participate in due to time restrictions and travel limitations to the US, The Kings took a chance on themselves and came out as world champions.

The Kings are in conversation with the executive producer, super star Jennifer Lopez herself, to be in one of her upcoming music videos. They’re also planning on a world tour performing and providing global workshops, enlightening the people around the world with their dance moves.

[Read Related: Amit Patel Advocates for LGBTQ Communities Through Dance (That too in 6-Inch Stilettos)]

The Kings mentioned on their Instagram numerous times that who knew these small town boys from the “gullies” of Vasai would become world champions? But here they are! The Kings prove to all of us that you should never give up on a dream and that if you work hard enough, victory will be yours!