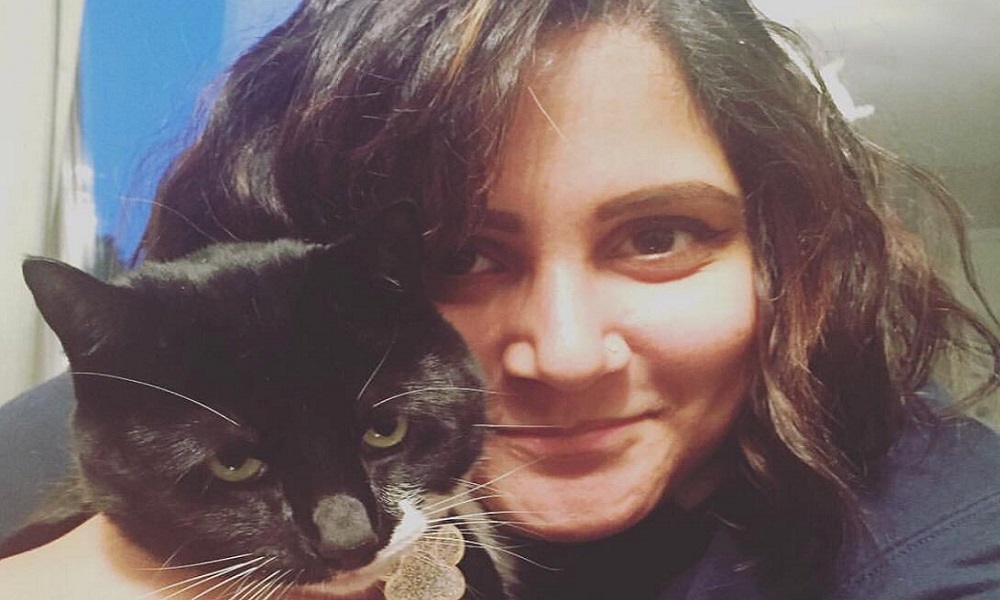 I can hear my aunt, my dad’s youngest sister, calling out the cat’s name in her Urdu accented voice. “Ruubbyy!” She’s wondering where her daughter Sarah’s black and white kitty could be. Maybe in the basement where the litter box is, or in the kitchen where her food dish is usually kept. Ruby scurries somewhere about the house, the bell on her collar jingling. Finally, the fake pink carnation on her collar comes into sight. She jumps on a windowsill longing to be let outside. My aunt wanting to let her out. Sarah, fearful of the raccoons in their neighbor’s backyard, not allowing it because she does not want to risk Ruby getting hurt.

Initially, this scene surprised me. Our family is Indian, and growing up I often heard from my parents that cats and dogs were dirty and should not be kept inside a home. I have many memories of my mother avoiding them at all costs, fearing them, and crossing the other side of the road if she spotted one coming her way. I assumed Sarah’s parents would feel the same way about pets as mine had – and at first, they did.

[Read Related: Kate Spade: The Life and Lifestyle of an Iconic Brand and Woman]

But there was no denying it. Sarah was a good cat momma and bringing Ruby home with her after she graduated college and moved back in with her parents, she taught them to love her tuxedo cat as much as she did.

In this way, Sarah was fearless. She didn’t let preconceptions and superstitions get in the way. My cousin is 10 years my junior, and I respected her courage.

Sadly, my inspiring cousin passed away on May 27th, 2018 at the age of 25. Her parents, two sisters, and all of her extended family and friends were shocked, grief-stricken, and are still learning how to continue living in this world without her.

And I keep thinking about Giga Pets – those digital toys that were a fad in the late ’90s. I remember my excitement when I finally had one of those half egg-shaped devices that came on a keychain and depicted virtual pets. I was in my pre-teen years and was delighted to see my compu cat grow up from birth. But as many a time happened with my toys, I eventually broke it. The display of the black and gray graphics stopped, and my virtual pet disappeared forever. I couldn’t throw away the device, discard it like it hadn’t meant anything to me, so I held on to the broken Giga Pet.

[Read Related: Paying it Forward for Paviter: How His Family is Preserving His Legacy by Giving Back]

A year or so later (when I had grown out of this phase), my aunt and her three daughters, including Sarah, visited us in California. She found my broken Giga Pet and immediately took to the toy, so I gave it to her. I still am not quite sure why she wanted it so much, but she was thrilled about being this virtual pet’s owner. She pretended she could see her compu cat on the screen. She fed it, let it take a nap, took it to the veterinarian, and made sure it played, just as I had, but with more imagination than I ever had – because in reality, she was staring into a blank screen. 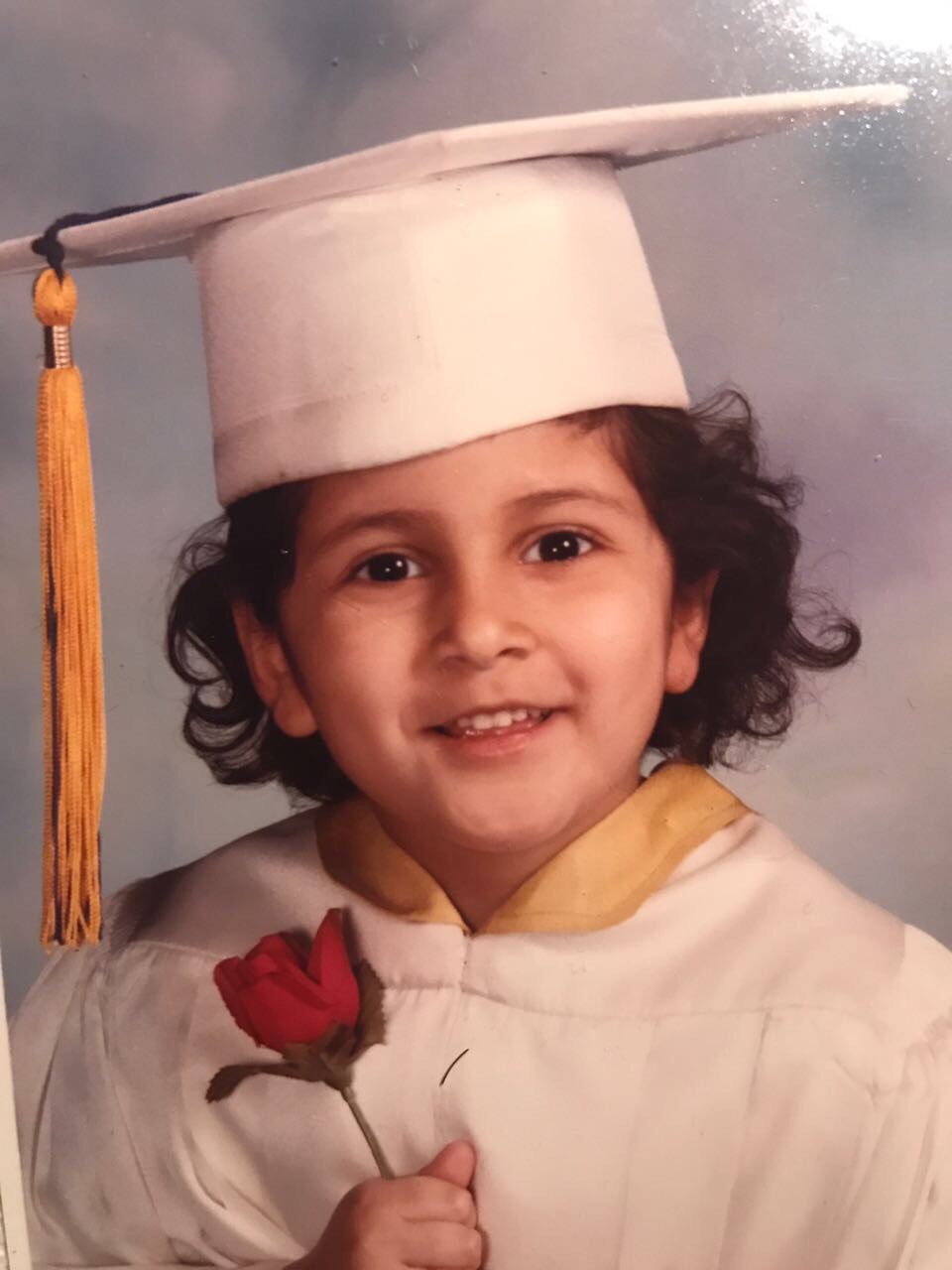 I’ll forever remember that smile plastered across her face. What I thought was broken, this curly-haired, plump-cheeked, four-year-old fixed it. I should have guessed back then that she would be the first one in her immediate family to bring home a real pet cat.

The week after her death, as I comb through photos of her, glance at her Facebook wall, and reflect on what her closest family members and friends have said about her, I am overwhelmed and reminded of how much Sarah impacted other people’s lives: taking care of those who needed it, teaching us all to be more accepting, and remaining the fixer that I so fondly recall her four-year-old self to have been.

After Sarah passed, I learned that Ruby had waited for my uncle (Sarah’s dad) to get out of the shower, and immediately, affectionately rubbed her feline self against his leg to let him know she was present. Sarah’s mom, her sisters, have all said that Ruby understood. She sensed something was off right away and sought out comfort. Or perhaps she was the one seeking to comfort Sarah’s family.

Animals often have a way of becoming their owner’s best friends. They are not the filthy creatures that culturally, I was brought up to believe they were. They provide support in times of need and have no agenda other than to be a part of your life. Sarah helped her parents to break that old-fashioned, cultural way of seeing animals, and in return, Ruby is now a part of their lives, a reminder to me of the affection and love Sarah always gave –both to digital and flesh and blood creatures alike.

We will miss her always.