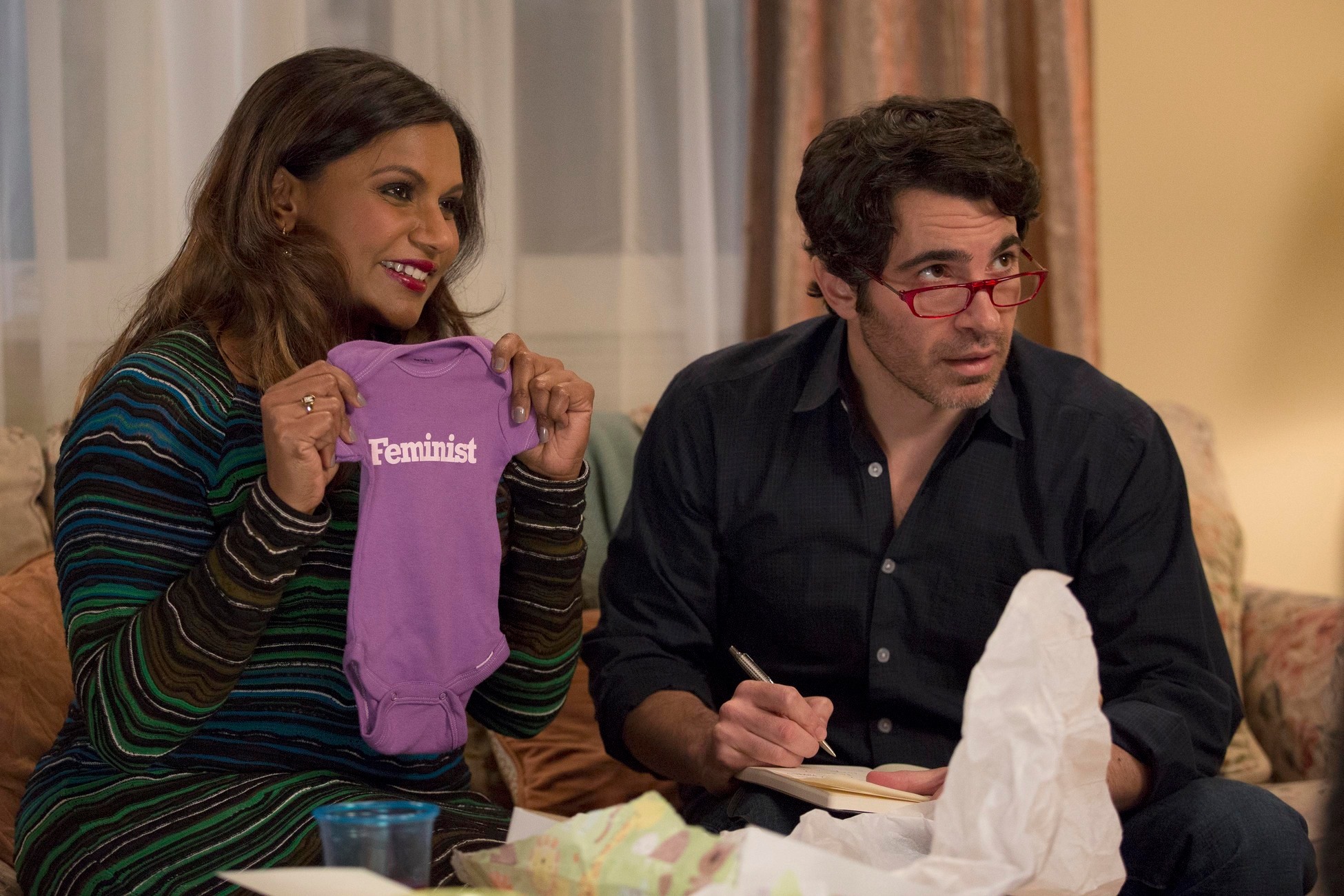 Sometimes the best episodes of a comedy are the ones that almost make you cry.

At least that was the case with last Tuesday’s “The Mindy Project” Season 3 finale on FOX, the second episode to date almost brought me to tears and therefore rocketed to the top of my list of favorites (forever behind “You’ve Got Sext,” which is objectively a masterpiece in any genre).

In the season 3 finale, “The Mindy Project” did what it does best and addressed issues of race, age, and gender–all without sacrificing even a fraction of the comedy and heart that make the show so brilliant.

During the finale, “The Mindy Project” did what it does best and addressed issues of race, age, and gender–all without sacrificing even a fraction of the comedy and heart, which makes the show so brilliant.

“Best Man” begins with Danny Castellano bailing on a trip to Boston where he was meant to meet Mindy Lahiri’s parents for very the first time before they move to India for a year. Mindy spends most of the episode feeling dejected over this until she finally brings it up, and Danny reveals that he might not be ready for marriage, even though they are having a baby together.

Kaling has always been quick and clever to address criticism of her show, and much of it comes to light in this episode. When her exes arrive, a guest comments “Who are these guys, and why are they all white?” which has been an ongoing criticism of Mindy’s love interests. Mindy, the character herself, addresses the discrepancy between screen time for her family and Danny’s. While Mindy has spent hours and episodes making a concerted effort to bond with Danny’s mother Annette (Rhea Perlman) and her best friend Dot (Jenny O’Hara), Danny has made no effort to learn more about Mindy’s history, family and culture.

Mindy, the character herself, addresses the discrepancy between screen time for her family and Danny’s. While Mindy has spent hours and episodes making a concerted effort to bond with Danny’s mother Annette (Rhea Perlman) and her best friend Dot (Jenny O’Hara), Danny has made no effort to learn more about Mindy’s history, family and culture.

Mindy receives a lot of flack for being a “whitewashed”  member of the first generation – even her brother Rishi (Utkarsh Ambudkar) tells her that “In terms of entitlement and personality, you’re the whitest man I know.” Thus far in the show’s chronology, Mindy’s race and gender haven’t stopped her from taking control and going for what she wants, which is empowering in its own right.

But that changed in this finale. After months of dating, Mindy finally furrowed her brow when Danny made yet another a racist comment (“Her parents are probably in India naming a goat after our son.”) because for the first time she didn’t know if he was kidding or genuinely believed the ridiculous things he was saying.

She then explains why she hasn’t told her parents about him (“I’m 34 years old. I cannot introduce my parents to yet another guy and have it not work out”) but calls him out for not taking the initiative.

“Do you know how many of these guys have met my folks?” she asks, gesturing at the display of exes Morgan brings barging into the impromptu baby shower. All of them, is the answer, even if they didn’t see marriage on the horizon.

This revelation reveals an inequality in Danny and Mindy’s relationship that could destroy the unlikely couple once and for all. After so strongly emphasizing the importance of his family, he all but dismisses hers. Despite his commitment to Mindy and their baby, he is completely and utterly terrified of marriage because of his ex-wife and his parents, and he’s imposing those fears upon Mindy instead of letting her make a choice.

Then things get really good because Danny skips Peter’s wedding in Texas to fly straight to India.

I haven’t seen India portrayed on American television since “Outsourced,” which was a difficult time for us all. But seeing it on “The Mindy Project” made my heart swell. It was a delight to watch Danny on the colorful, crowded streets, sweating in a light shirt because that’s just what India does to you. I knew we wouldn’t get to see Mindy’s parents, but I, for one, cannot wait to meet them.

If season 3 was about Danny’s family accepting and understanding Mindy, then I hope season 4 will be the reverse (oh please, please renew this show, FOX!).

I want to see Danny meeting the extended Lahiri-clan and eating all the home-cooked Indian food. I want Danny and Mindy taking Bollywood dance lessons for someone’s engagement, if not their own, and I totally volunteer to play the dance instructor. I want Chris Messina in a kurta and I will take this fight to the top if I have to.

But for now, I take comfort in the fact that “The Mindy Project” has become the show we always knew it could be, a commentary on culture and relationships that doesn’t feel like a humanities class. The show packs quality comedy, drama, and resonant multicultural stories, all without sacrificing its voice – and that’s a fairy tale worthy of Mindy Lahiri.