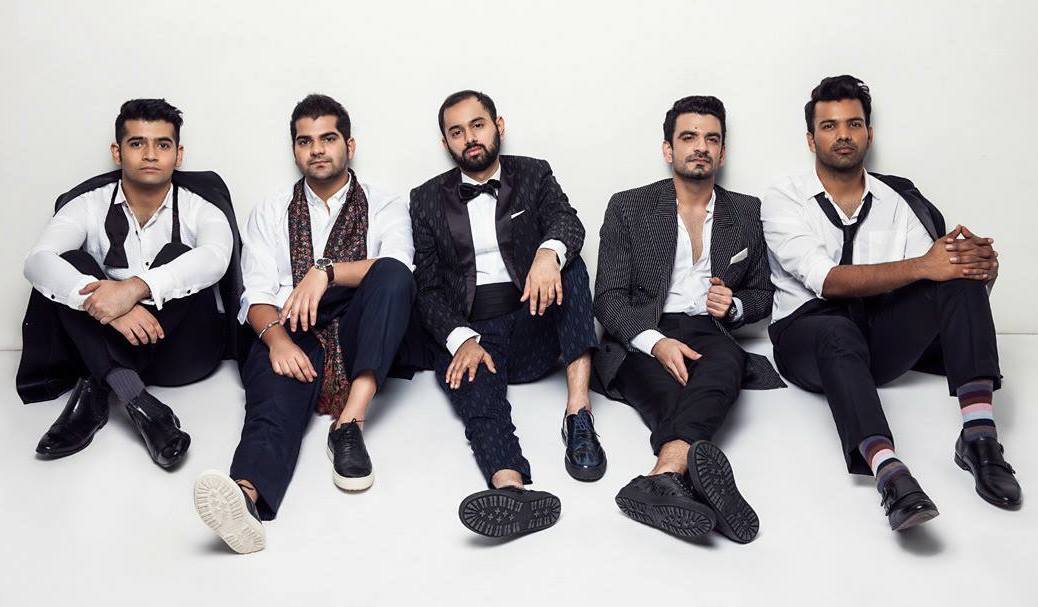 The Yellow Diary, an alternative rock band, is a true representation of East Meets West! The talented bunch did a special interview just for our Brown Girl Magazine readers. Their new EP IZAFA has already seen more than four million+ streams on YouTube! Izafa, which means’ advancement’ in Urdu is an apt name for the band as they take steps forward with this second EP.

I’m personally a fan of the band because their soulful vocals are matched with amazing instruments and truly takes the listeners through an emotional journey. The songs make sense, and are extremely relevant. This is truly a band to watch out for as they put into motion their poetry!

[Read Related: India’s Own Rock Stars: An Interview with Ehsaan Noorani of Shankar-Eshaan-Loy]

How did you all meet?

It started with Rajan and me meeting as he was looking for someone to produce a track for him. When we met, we worked on ‘Marz’ together and realized that this needs to be more than a 1 song project, and that we should collaborate and create something together. That’s when we came up with The Yellow Diary. Then we decided to rope in Vaibhav, who was a friend of mine from before, on guitars, because of his unique musicality. Soon after our initial release of ‘Marz’, we realized we need to make this a live act, be a band, and I called up Sahil, who I’ve been friends with for over a decade. He is an insane drummer and just a joy to listen to and watch. He met us and said he knew the perfect bass player for the band, and introduced us to Stuart, who brought with him a groovy sense of completion to the group.

Oh wow, seems like a seamless coming together. But, if not in music, what would you pursue?

I’d have either joined as an officer in the merchant navy right after my cadetship or would have joined my dad’s business and write songs secretly (for my elf).

Food fascinates me, so maybe I’d try becoming a chef!

I would definitely continue my corporate career as an IT guy!

I guess I would have joined my family business!

If I didn’t have music, I’d probably have pursued a career in basketball.

It’s so interesting that y’all would have pursued such different fields if it were not for music! I’m certainly happy though that “The Yellow Diary” manifested. What motivated you all to form the band?

The motivation honestly was just to make original, fresh and meaningful music to our taste. It was that simple.

Fair enough! ‘The Yellow Diary’ is definitely paving the way for fresh, and meaningful music! Was there were any piece of advice that stuck with you?

One of the biggest pieces of advice that sticks with us is something which came from Sahil himself. He said ‘Make sure whatever music you put out is good enough to put out as your first song.’

That’s great advice! Make every song with as much passion as your first song. That truly shows through your music. I’m sure y’all are extremely busy but when you do have some time, what would you say are your guilty pleasures?

Playing Fifa19 online with my friends.

Playing Fifa and kicking Stuart’s ass at it. Or just bumming around and doing nothing. Youtube.

Listening and singing along to 90’s pop songs.

4am pav bhaji. With extra cheese.

Count me in on Sahil’s 4a.m. pav bhaji sessions! Thanks for really opening up to us guys! Where do you see the band in the next five years?

If you asked us this question 5 years ago, where we are now wasn’t in the wildest of our dreams! So, in 5 years we hope to see ourselves achieving goals we don’t know of yet!

In this time of social media, where everything is accessible with a click of a button, how do you do it?

It’s a realm of infinite possibilities. We’ve received such amazing messages from our listeners, which motivates us to keep writing songs! It is also what led us to getting signed by Sony Music India, which has been one of the best things for us.

Whoa! I didn’t know that’s how y’all signed with Sony Music India. That’s wonderful! I’m happy that’s it’s been a blessing for you all. Your music takes its listeners on journeys, but what journey does each song go through in the making?

Each song is like a new day. It is a new experience, opinion, and a thought. If it sticks in the mind, for us, it takes form in a melody. That can be inspired from a riff that Vaibhav plays on his guitar, an arpeggio on the keys by Himonshu, or even sometimes Stuart strums some beautiful guitar parts! We recently wrote a song inspired by Sahil’s groove, too. Rajan is a sponge for inspiration and any piece of music that touches him instantly triggers him to write. We tend to simultaneously produce while we write, which gives the melody and the music a strong feeling of togetherness.

Ah! I’m getting all your secret ingredients out! Any dream collaborations y’all have in mind?

Just like our influences, our choice of dream collaborations are equally varied.

Great choices. Who are your favorite Indian singers/composers?

Hard to choose one. A.R. Rahman and Amit Trivedi are two composers we really love and respect.

Any chance we’ll get to see y’all in tour in North America any time soon? (I’m keeping my fingers crossed.)

Not on the cards yet. But that’s definitely on our 2019 wish list.

Thank you so much for such a wonderful interview for our readers of Brown Girl Magazine. I really wish you all the best luck, and can’t wait to see you live soon. Before signing off, do you have any advice for our readers who are also aspiring musicians?

Believe in yourself, and work hard. Treat your music with the love and respect it deserves, and success will find you.