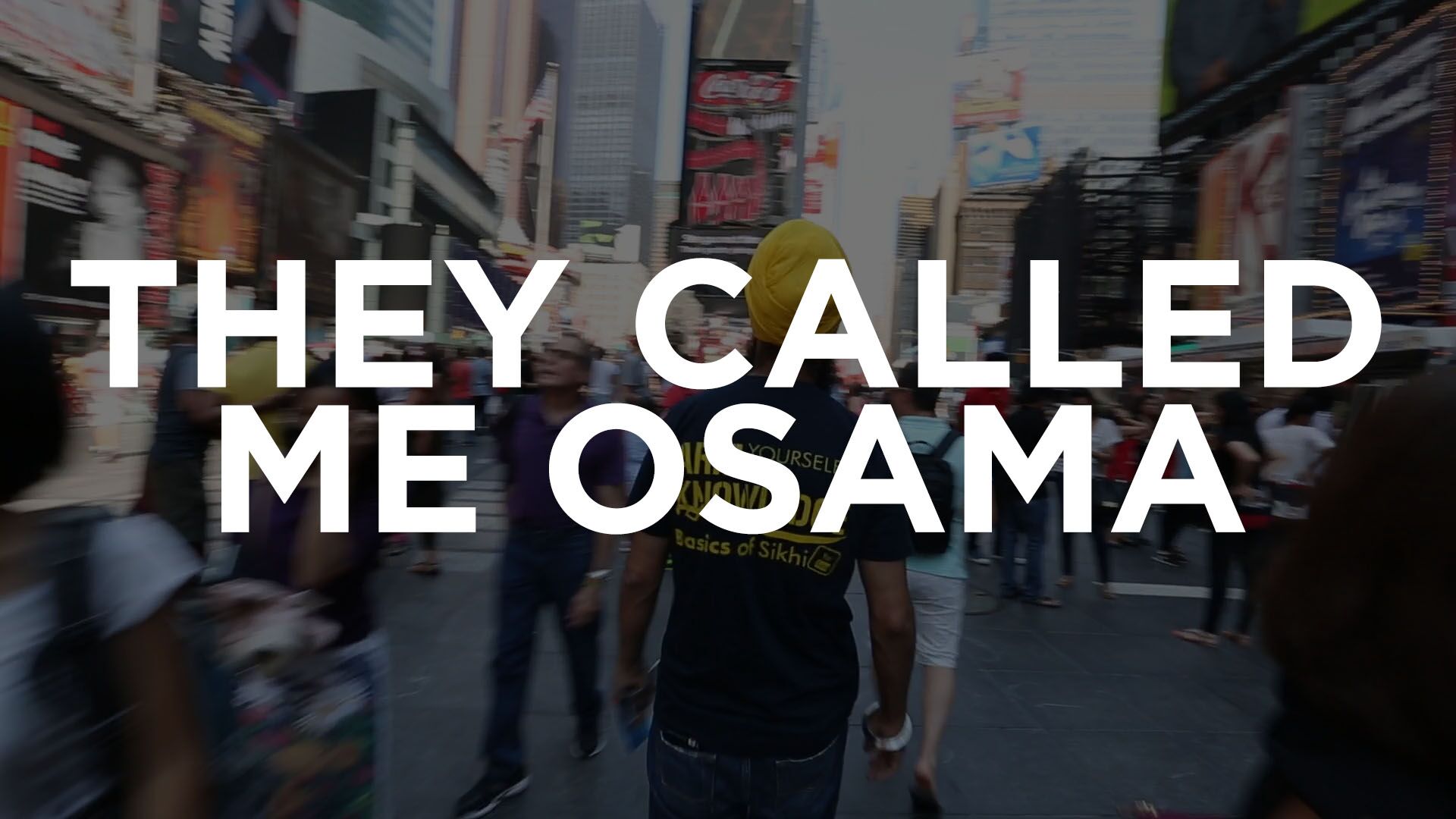 Maneetpaul Singh, a 22­-year-old University of Connecticut graduate and producer of the short documentary film, “They Called Me Osama,” shares his views about the presence  of Sikhism in the U.S. and the power of film.

“When someone sees and hears firsthand accounts of people who have experienced hate crimes, it really resonates with them,” Singh said. “In  addition  to  this,  it  allows  them  to  visually see that we are no different than any other American. Sometimes this is the best way to get people to change their own opinion, or at the very least spark an interest for them to learn more.”

A  strong  contender  on the top  of his goals  list, Singh said he could  not have asked for a  better  opportunity  to  accomplish  his  goal  of  producing  a  film,  that  too  about  Sikhism.

“I’ve always been interested in making films,” he said. “It’s something about being able to record what’s in front of you and being able to turn that into a story people will find entertaining that I really love. In regards to filmmaking, my goal has always been to make a short film about Sikhi. When the IDEA grant opportunity was presented to  me  at  UConn, I knew  this was my chance to do that. I hope to continue doing this into the future with more projects.”

“They  Called  Me  Osama” is  a  documentary  produced  to  uncover  the  trials  and  tribulations  of  Sikhs  in  America.  From prominent industry professionals like Columbia University professor Prabhjot Singh who spoke about his experience being attacked three years ago while being called “Osama” and “terrorist,”  to elementary school children, the film exhibits the ignorance and hate crimes endured by the community.

Their way of retaliation? Love and education; combatting hate  crimes with endearing messages and equipping fellow Americans  with the right knowledge about Sikhism to understand who they are as people.

Singh culturally conditioned, like many of us, followed Sikhism as his immediate and extended family were practicing Sikhs. It was only in his teenage years when he said he began his journey of questioning his religious identity.

“I  never  really  understood  Sikhi  until  I  took  the  time  to  research  it  on  my own,” he said. ” Especially  when  I  came  across  channels  like  Basics  of  Sikhi  on  YouTube.  It just motivated me to keep learning our history and spreading that knowledge with other Sikhs. Many of us wear turbans and keep a Sikh identity, but since we grew up in America, we don’t know the history behind it or the ‘why’ to the many things we do as Sikhs.”

The same inquisitive nature and faith in his belonging motivated Singh to partner  with  British YouTuber Jagraj  Singh,  an  educator  from Basics  of Sikhi,  in the content creation  of the  documentary.  The  duo  took  the  streets  of  Manhattan  to  enlighten  their  fellow  Americans about Sikhism and its fundamental principles.

“Manhattan is such a diverse place to be,” he said. “Everyone we spoke with was very nice and open to learning, [assuming they took the time to speak with us].  And of  course,  there  were  many  who  were  busy  and  simply  walked  right  by  us. Doing  street  interviews  like  that  requires  very  thick  skin,  and  Jagraj  Singh  definitely  has  experience with it.”

Although the team was successful in taking steps forward in eradicating ignorance towards Sikhism, Maneet mentioned, “[the current political race] is beginning to shed a light on how some Americas really feel.”

With  any  project  there  are  challenges, Singh said his hurdle  was  to  draw a  connecting  string through the multiple pieces and offer an educational outlet.

“When  I  first  started  filming,  I  knew  who  I  wanted  to  speak  with,  and  what  information needed to be in the final film,” he said. “However, it is really difficult to have such  complex  and  emotional  stories  and  display  them  in  a  way  where  it  becomes  educational.”

Maneet’s belief in the power of film and the message it can convey is evident in his production.  This  young  Sikh’s  drive  is  apparent  in  his  continuous  efforts  and  planned endeavors in his community.

“Currently, I am working on a lot of smaller projects that are local to our community in the tri­state area. In addition to this, I am really involved with local camps such as Camp Chardi Kala, and spend a lot of time doing video and digital media work for them. The best way to make a large impact is by working with local communities and growing from there.”